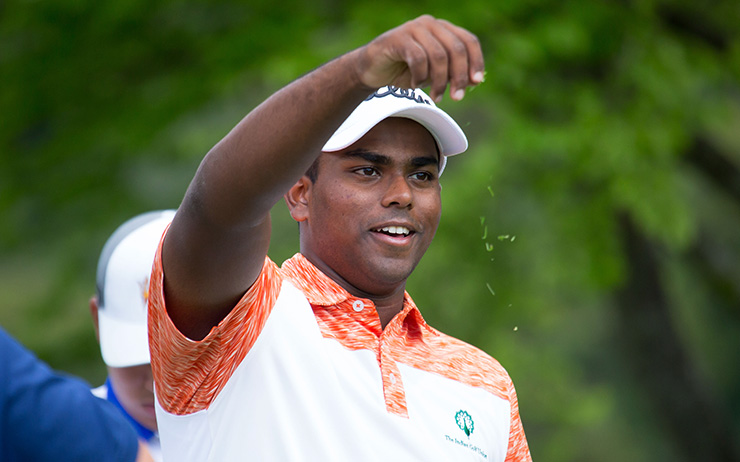 By Kent Gray
Rayhan Thomas may have won a professional title as an amateur and be the joint holder of a world record for the most consecutive birdies (nine) in a pro event, but his latest honour might just top it all.

The 18-year-old MENA Tour trailblazer has been selected to spearhead India’s four-man team at the 18th Asian Games in Indonesia in August and the world amateur No.17 is clearly humbled by the call-up for what is the continent’s answer to the two-week long, multi-sport Commonwealth Games.

“As an amateur golfer, it is my dream to represent India at the international level and competing in the Asian Games and wearing the Indian blazer means a lot,” the Dubai Creek Golf & Yacht Club member told the Indian Express. “I played in Asia Pacific Amateur Championship and Nomura Cup for India earlier but when I tee off in the Asian Games, it will be different feeling for me and the whole family.”

Thomas’ father John put the call-up into further perspective by reflecting on the sacrifices the Dubai-based family have made to help their son become one of the best amateur golfers on the planet.

“To see him at the Asian Games opening ceremony will be the biggest reward for us.” 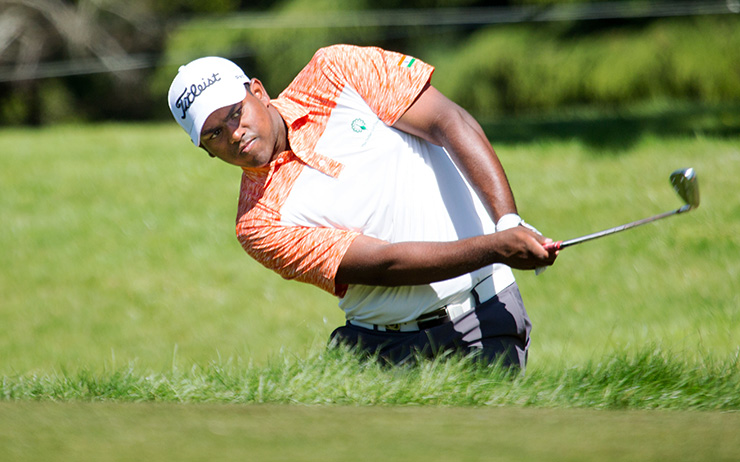 The Asian Games golf tournament, a 72-hole individual and teams strokeplay event to be played at Pondok Indah Golf Club in Jakarta from August 23-26, plugs a gap in a busy summer schedule for Thomas.

He’ll tee it up in the St Andrews Links Trophy on the New and Old Courses from June 8-10 – Justin Rose won the title in 1997 – before contesting the 123rd Amateur Championship at Royal Aberdeen and Murcar Links from June 18-23. Thomas cruelly missed the cut for the matchplay phase of the British amateur by a stroke last year but it did spur him to a historic semifinal showing at the 70th U.S. Junior Amateur.

He’ll have a tilt at the 71st edition of the U.S. Junior Amateur at Baltusrol G.C. in Springfield, New Jersey (July 16-23) before looking to avenge his missed cut (by five strokes) at the prestigious 116th Western Amateur at Sunset Ridge Country Club in Northfield, Illinois from July 31-Aug. 4.

After the Asian Games, Thomas is set to represent India again at the Eisenhower Trophy (World Amateur Teams Championship) at Carton House near Dublin from Sept. 5-8 before returning to the Asia Pacific Amateur Championship at Sentosa G.C.in Singapore from Oct. 3-7. Thomas finished T-35 at last year’s Asia Pacific in New Zealand.

India has won three individual medals at previous Asian Games and Thomas, who has verbally committed to play collegiate golf for Rickie Fowler’s former Oklahoma State University Cowboys from 2019 till 2023, would like to be the fourth.

“I know I will not turn professional before that [finishing school in the U.S. in 2023]. So winning a medal in Indonesia will be more than winning a professional tour title. I am very excited about this opportunity.”