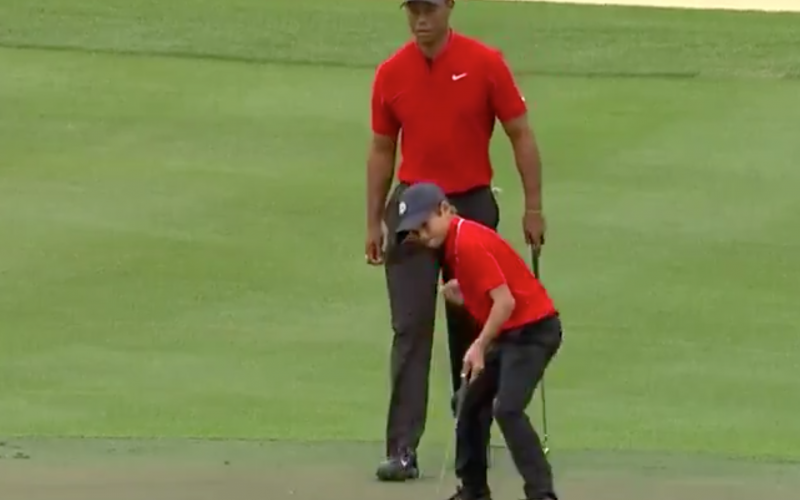 By Ryan Herrington
Tiger and Charlie Woods didn’t win the PNC Championship on Sunday, which was just fine by them. Yes, they’re were both competitive, but a victory in their debut in the event wasn’t really the main goal. The point of being at the Ritz Carlton in Orlando was for them to have fun and enjoy the opportunity to play as a father and son.

There were plenty of “fun” moments on Saturday—notably Charlie’s first career eagle and the ribbing the 11-year-old gave Justin Thomas after leaving a note for him in a bunker when the 13-time PGA Tour winner hit a poor shot.

Come Sunday, we witnessed another when the pair played the par-4 10th hole. Tiger’s approach shot set up a 10-foot birdie look. As has been the case the last few days, Charlie took first crack at the putt and, well, this happened:

We’ve seen several comparisons between the pair’s swings, but after getting a look at Charlie’s fist pump game, we can see he takes after dear old dad there, too. And seeming him in Tiger’s Sunday red, well, it does sort of give you chills.