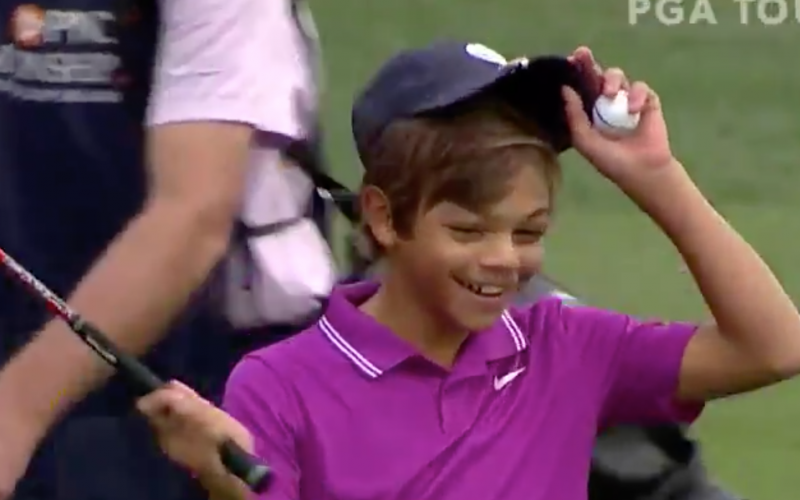 By Stephen Hennessey
Justin Thomas and Tiger Woods warned us that Charlie Woods’ trash talk game was already elite at age 11. We got a taste of that early on Saturday at the PNC Championship.

Playing in the same group in the first round at the Ritz Carlton, JT hit a poor tee shot at the short par-4 13th hole—a dogleg left that necessitates a good draw from the back tees. JT found the bunker with his shot—and when he got to his ball, he found a handwritten note from his 11-year-old fellow competitor.

Youngest competitor in the field.

Tiger called Charlie “a bit on the chirpy side” and JT compared Charlie’s smack talk to Tiger’s before the tournament, where Charlie is making his TV debut becoming the youngest competitor in the 18-year history of this event. This, as Justin Leonard said on the telecast, was next level gamesmanship. This is like Larry Bird in his Boston Celtics prime type stuff.