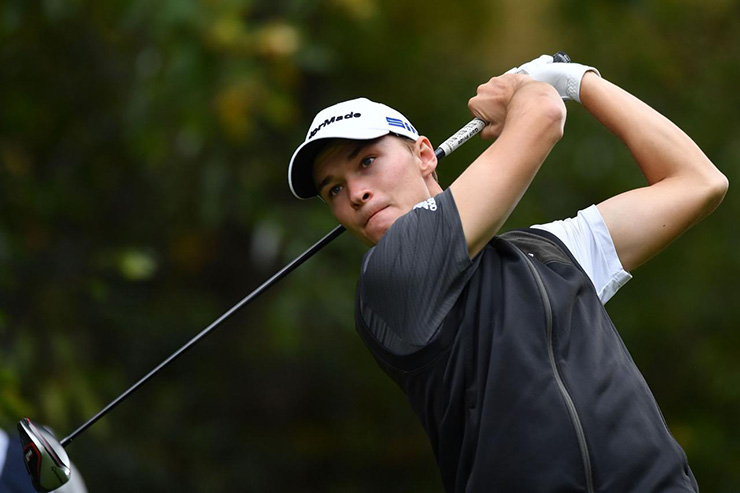 Rasmus Hojgaard, just 19, was one of 10 players to win their first European Tour titles in 2020 after play resumed this summer. BEN STANSALL

By John Huggan
In the wake of a four-month COVID-19 lockdown and the subsequent resumption of the 2020 season, the reshaped European Tour—diminished financially and thinner on top in terms of field strength—actually came to represent lands of opportunity for some. Many top-ranked players from Europe chose instead to ride things out in the United States and play on the PGA Tour, providing less familiar names with multiple chances to flourish on the Old World circuit.

“The last few months have been a time for a lot of guys to break through, or re-establish themselves,” says former Ryder Cup captain Thomas Bjorn. “The outside pressures have largely been removed. With no crowds present, everyone is just playing golf. And no one has been paying much attention to those who have played poorly. So things have become a lot freer. It’s been easier to play without some of the mental obstacles that normally lead to discomfort, especially during final rounds. But that sort of environment has been non-existent on tour this year.”

Redemption, although not quite so prevalent, also found its place. Three men—Andy Sullivan, Marc Warren and Ross McGowan—have all returned to the winner’s circle after long absences.

So, who most notably emerged to seize the moment? Here’s a brief look at the most promising golfers among the lot. 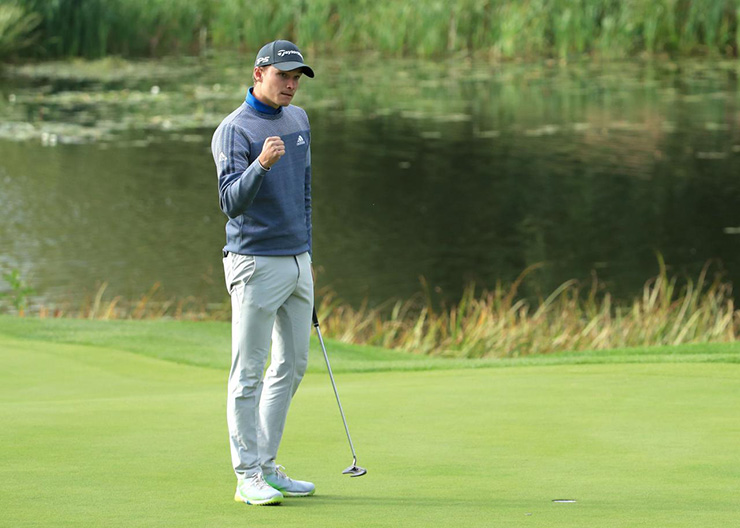 Bjorn is not surprisingly a big believer in his fellow Dane. “Rasmus has all the tools,” Bjorn says. “There is no weakness in his game, and he has a great attitude. He works hard and believes in himself. He asks the right questions. Things still have to break your way and things have to happen the right way for anyone to get right to the top. But nothing is holding him back. He has a remarkable talent, as him winning two of his first 19 events clearly shows.”

The first of Hojgaard’s wins came in December last year, at the relatively low-key Mauritius Open. But his second win at The Belfry in the U.K. Championship was more impressive, coming as it did at the at the end of a four-week run in which the 19-year-old finished second at the British Masters, T-6 at the Hero Open, and third at the English Championship. 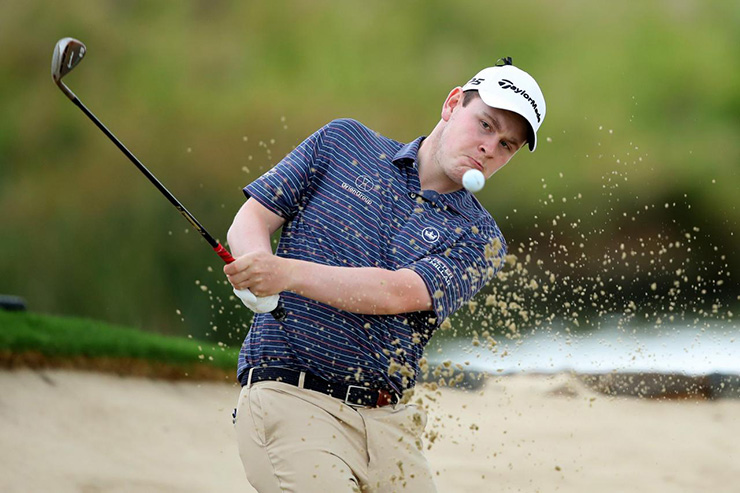 “Rookie of the year” on the European Tour in 2019 after a string of fine performances that included a T-6 finish in his Open Championship debut at Portrush, Macintyre’s breakthrough at the Cyprus Showdown is perhaps the least surprising in this group of emerging talents.

“I’ve watched Bob a lot over the past couple of years,” says fellow Scot and 1999 Open champion Paul Lawrie. “His rise has been quick and steady. He seems like a lovely lad. I can see him winning more. He clearly has a good attitude, temperament and way about him. And he has the game. How high he goes remains to be seen. But judging by the World Rankings (MacIntyre is the highest-ranked Caledonian at 61st), he looks like Scotland’s best chance to have a Ryder Cup player next year.” 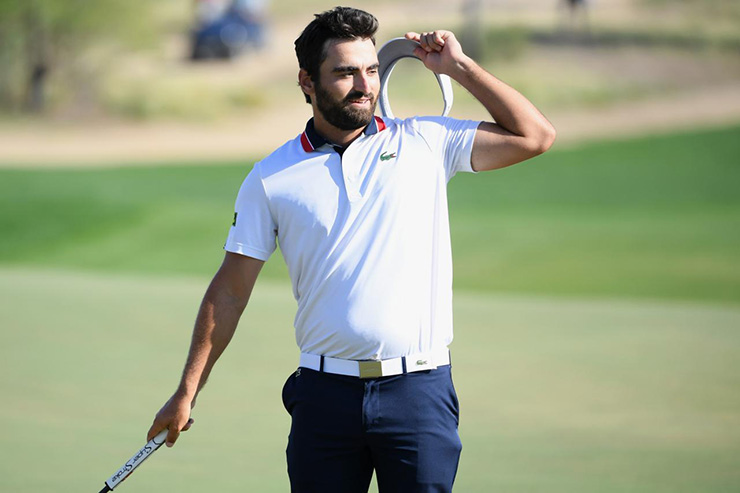 The climax to what had been an unobtrusively impressive season came late, with a victory in the first Golf in Dubai Championship. Twice a winner and eighth on the 2019 Challenge Tour money list, Rozner had accumulated as many as five top-10 finishes—including a playoff loss at the Mauritius Open—in 19 starts before his breakthrough victory. Only twice had he missed the cut. And the final-round 64 with which he clinched that win was the 27-year old Frenchman’s 19th round in succession at par or better.

Those numbers are impressive enough. But there’s more. In his rookie season on the European Tour, Rozner ranks inside the top 15 in both driving distance and greens in regulation. And only two men—Ryder Cup players Andy Sullivan and Tommy Fleetwood—have a stroke average lower than his 69.72. Given his present rate of progress, Rozner could become only the fourth Frenchman to take his place in the biennial contest with the United States. 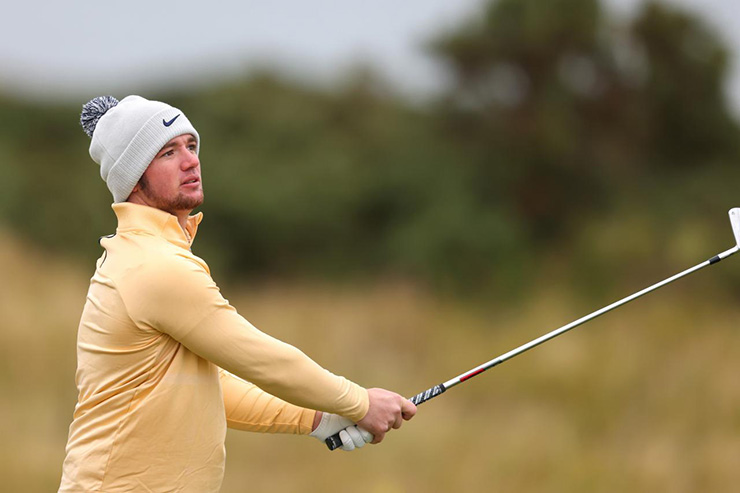 The 24-year old Florida-based Englishman (his family moved stateside when Horsfield was just a child) might not be the most consistent player on the European Tour, but when he gets a sniff of victory he tends to take it. Twice in two weeks back in August he did just that, first at the Hero Open, then at the Celtic Classic. None of which will have come as a surprise to Ian Poulter or Terry Mundy. The six-time Ryder Cup player is a long-time mentor of his younger compatriot and Mundy—Poulter’s caddie—is Horsfield’s co-manager.

“He’s the best young player I’ve ever played with,” said Poulter when a 14-year old Horsfield first beat him over nine holes. A decade or so later, it’s safe to say that assessment is proving more than prescient. 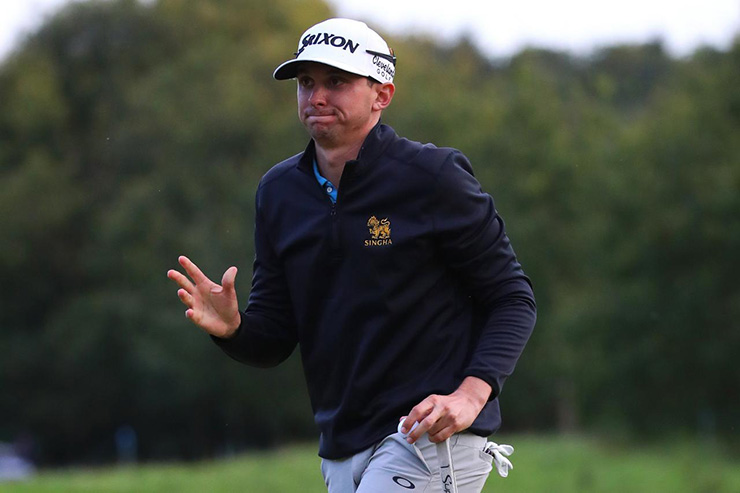 Most weeks, there aren’t many Americans on the European Tour. But Catlin has long proved that a lack of familiar accents is no barrier to success around the globe. Four times the 29-year-old former University of New Mexico student won on the Asian Tour. And now he has half as many wins in Europe to add to his burgeoning resume.

“My goal at the start of 2019 was to win on the European Tour, so to have accomplished that is hard to put into words,” was Caitlin’s verdict after seeing off two-time major champion Martin Kaymer to win the Andalucian Masters at what is surely the most difficult course on the circuit, Valderrama.

And only three weeks later, Catlin was back, this time at the Irish Open, where he came from behind to pip soon-to-be Scottish Open champion Aaron Rai to lift one of golf’s most historic titles. In truth, Shinkwin should not be part of this list. Needing only a par 5 on the 18th hole at the Dundonald Links to win the 2017 Scottish Open, Shinkwin missed the green left with his second shot, found an unfortunate lie, then took four more shots to hole out for a bogey 6. Perhaps inevitably, he lost the playoff to Rafa Cabrera-Bello at the first extra hole.

So victory more than three years on at the Cyprus Open in November was a triumph over adversity as much as anything else. Especially as, mired in a slump, the former English Amateur champion had lost his European Tour card at the end of the 2018 season.

“That was the final kick up the backside I needed,” he said in the wake of his playoff victory over Finland’s Kalle Samooja. “And you can say I got what I deserved back in 2017. But it makes this all the sweeter.”