The Open 2019: John Daly withdraws from Open Championship, will play in Barbasol Championship instead 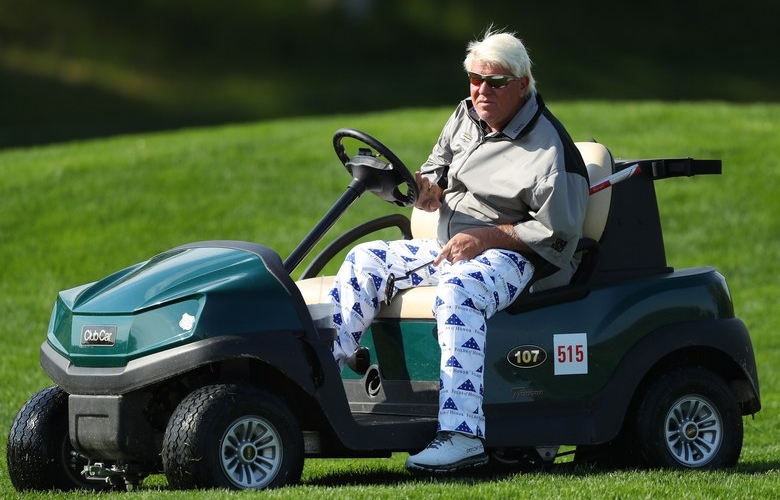 Daly on the fifth hole during the second round of the 2019 PGA Championship at the Bethpage Black course on May 17, 2019 in Farmingdale, New York. (Photo by Warren Little/Getty Images)


By Brian Wacker
John Daly will not attempt to play in The Open next week at Royal Portrush after all.

Three days after the R&A denied his request to use a golf cart for the degenerative arthritic condition he says he suffers from in his right knee, and saying he would try to compete anyway, Daly has withdrawn from the tournament.

He was replaced in the field by Kevin Streelman, who was notified via email that a spot in the field had become available.

Daly, who won The Open in 1995, meanwhile, will reportedly play in the opposite-field event, the Barbasol Championship in Kentucky, instead, according to Golf World’s Dave Shedloski, who tweeted that the 53-year-old has asked for a cart for that event and likely will get one.

“Quite disappointed they do not see it the same way our PGA of America and PGA Tour sees it,” Daly, who says he suffers from a disability that impedes him from walking, said on Twitter after the R&A had denied his request. “Different continents, different laws???

“…While I trust the R&A’s decision was made with good intentions, I could not disagree more with their conclusions.”

In May, Daly was approved to use a cart at the PGA Championship at Bethpage Black after he had applied to do so through the Americans with Disabilities Act. He went on to miss the cut.

The R&A was sympathetic but declined the two-time major winner’s request.

“We have carefully considered the request from John Daly to use a buggy at The Open,” it said in a statement on Saturday. “We appreciate the difficulty John is facing and have full sympathy for him as this is clearly a serious, long-term condition. Having considered all of the relevant factors, the Championship Committee has decided to decline his request.

“We believe that walking the course is an integral part of the Championship and is central to the tradition of links golf which is synonymous with The Open. We must also ensure that, as far as possible, the challenge is the same for all players in the field.”

The R&A added that Royal Portrush’s hilly terrain isn’t suited to buggies and they are also not permitted by the club.

“This is not a decision we have taken lightly but we believe it is the right one for The Open,” the R&A said. “John has a special place in our hearts as a Champion Golfer and he will always be welcome at the Championship both at Royal Portrush and in future.”

RELATED: In denying John Daly a cart, the R&A misses the point