The good news after a frustrating season for Zach Johnson? It’s now behind him 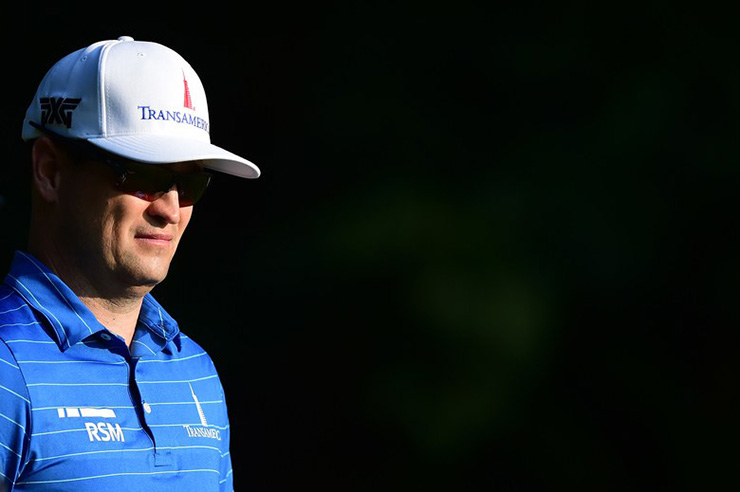 GREENSBORO, NORTH CAROLINA – AUGUST 01: Zach Johnson walks off the second tee during the first round of the Wyndham Championship at Sedgefield Country Club on August 01, 2019 in Greensboro, North Carolina. (Photo by Jared C. Tilton/Getty Images)

By Dave Shedloski
After broiling in the 90-degree heat Tuesday afternoon on the Old White TPC Course at The Greenbrier Resort, Zach Johnson welcomed a seat in the air-conditioned locker room just off the 18th green and plopped down a bit exhaustedly.

“Played nine holes and it felt like 14,” he said, his shirt drenched in sweat.

Well, it had been five weeks since he last competed, three of which were weeks he wasn’t used to spending at home. For the first time in his career, Johnson last season didn’t qualify for the FedEx Cup Playoffs. The 43-year-old Iowa native met the subject head-on. He didn’t try to make excuses or rationalize why he finished 154th on the season points list.

Granted, he didn’t play his usual schedule, cutting back to spend more time at home with his wife and children, a decision he’d been contemplating for a few years. Since he joined the PGA TOUR in 2004, Johnson had never played fewer than 23 events in a season. Last year he made only 19 starts.

“I didn’t play that much, and I didn’t play well, so it makes it harder to get the things accomplished that you want to accomplish,” Johnson said, removing his cap and wiping his forehead. “That said, I had ample opportunity. I just didn’t perform like I needed to. The focus was there, but the execution was not. That was frustrating.

“It was a very disappointing year. I need to stress that,” he added.

Winner of 12 tour titles, including the 2007 Masters and 2015 Open Championship, Johnson said there is little mystery to his struggles last season when he posted just one top-10 finish and did not finish better than T-54 in the four majors.

“My stats show my ball striking is fine. In the last decade my best stat is ball striking,” he said. “I had a year to a year-and-a-half where my driving wasn’t very good, but tee to green I’m fine. I putted awful. Everyone gets streaky with their putter, but that’s something I never did before. I was always pretty consistent. I just wasn’t very good with my putting … or my wedges for that matter.”

Johnson ranked 117th in strokes gained/putting, the first time he had been outside the top 100 in that statistic since 2006.

Not only was putting a strength for Johnson, but he had proven to be an above-average clutch putter. He’s holed plenty of big putts in the Ryder Cup and the Presidents Cup. And recall the putts he converted in the four-hole playoff at St. Andrews to win the claret jug.

Clutch putting requires an occasion to be clutch, however.

After playing just two events last fall, Johnson figures to make five starts in the coming weeks, including this week’s season opener, A Military Tribute at The Greenbrier, which he never before had entered. Later in the year, he’ll travel to Melbourne, Australia, for the Presidents Cup, this time as an assistant captain under Tiger Woods. Johnson doesn’t know if he’s in the pipeline for a future captaincy in one of the two biennial team competitions, but in addition to assisting Woods, he serves as one of three players on the U.S. Ryder Cup Committee with Woods and Jim Furyk.

At present, he’s concentrating on finding a way to win for the first time since the 2015 Open. He’s taking a new mental approach into the new season. And he’s trying to find way to work smarter and not harder on his weaknesses.

“Last year was not due to a lack of work. In fact, it might have been the other way around,” Johnson said. “I think I overworked at times. But I enjoy the work. There was a point in the year, early summer, where the work was not proper to what I needed. It was assessment work and not improvement. We put that away.

“I’m trying to implement a few new things mentally to help that. Basically, it comes down to trying to simplify everything,” he added. “The key for my year this year is to make the most of my opportunities. You know, I’m still fully exempt for anything and everything, and I just went through the worst year of my career. So, I’m not in a bad place.”

In other words, he’s not feeling the heat.