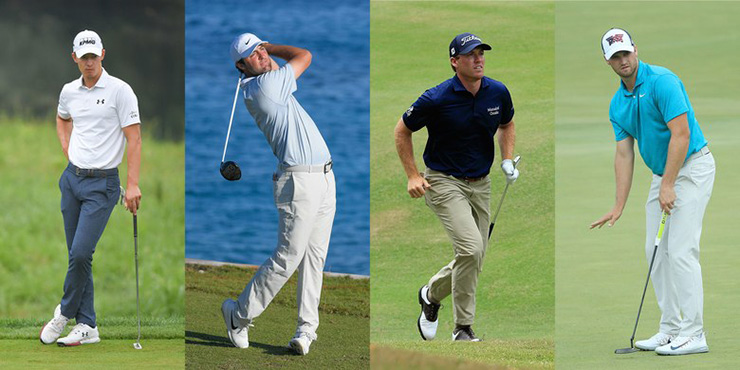 By Alex Myers
With another PGA Tour season starting at this week’s A Military Tribute at The Greenbrier, it’s time for our annual tribute to golfers not to be overlooked as we head into 2019-’20. This year’s list of sleepers is a bit different than past editions. While we kept the same criteria—a player has to be younger than 30, with no PGA Tour titles and no appearances in the Tour Championship—the make-up skews younger than years past. And that’s even with Matthew Wolff and Collin Morikawa playing their way off this list thanks to quick maiden victories on tour in 2019.

Although fewer returning PGA Tour players made our cut than normal, most of the youngsters below already have serious name recognition. They obviously have serious game as well. So we’re pretty confident that a handful will join Wolff and Morikawa as PGA Tour winners this season—and add to our prior success (Jon Rahm, Bryson DeChambeau, Cameron Champ, etc., etc.) in picking breakthrough stars. 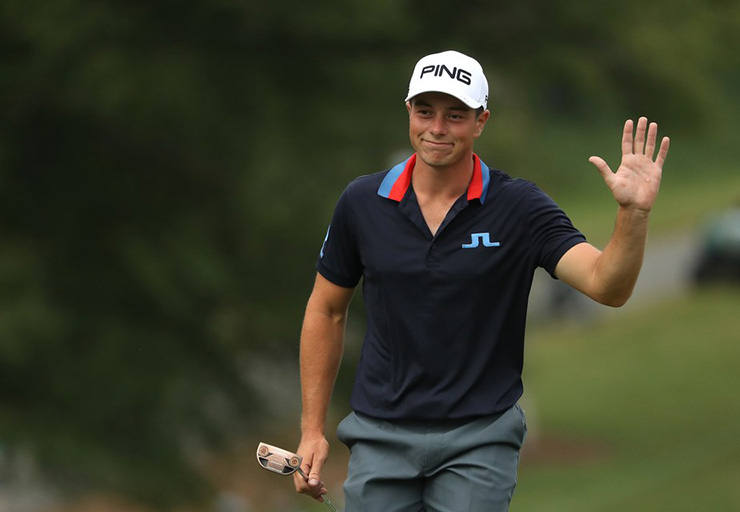 It almost feels like cheating to include this Norwegian native who turns 22 next week, but technically, he meets our super-scientific criteria. Hovland waited to turn pro in 2019 until after he used his U.S. Open exemption from winning the 2018 U.S. Amateur, then narrowly missed earning his PGA Tour card from his play in the summer while competing on sponsor’s exemptions. He earned his spot in the big leagues through the Korn Ferry Tour Finals and is the frontrunner to win Rookie of the Year. Take a look at these stats!

Yep, this kid is going places. 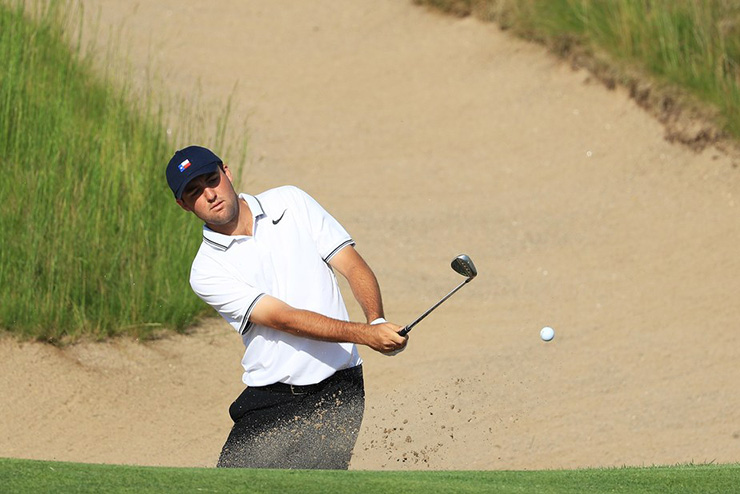 There was a two-month stretch during the 2019 Korn Ferry Tour season in which Scheffler didn’t finish worse than T-7, winning one tournament and finishing second two other times. The 23-year-old Texas product added another victory in the postseason and is No. 1 on the priority rankings of guys coming from the developmental tour. That means Scheffler is the only 2019 Korn Ferry Tour graduate to be fully exempt on the PGA Tour for 2019-’20, which includes a spot in the Players. If Hovland is the clear favourite for ROY, Scheffler is probably No. 2. 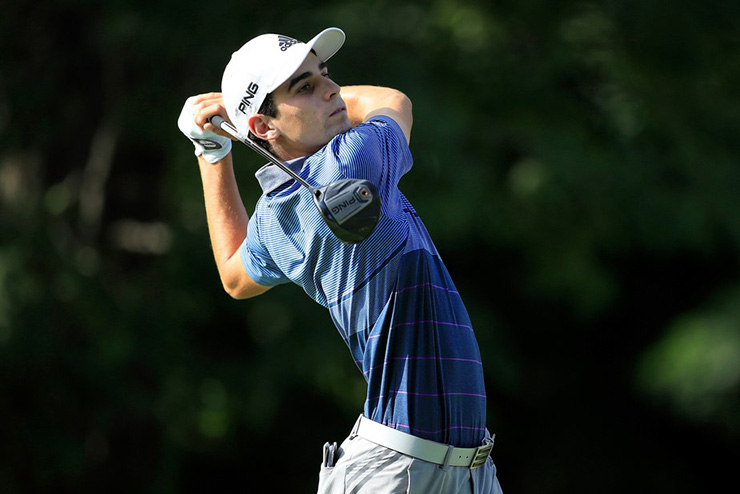 Welcome back, young fella! Although not the youngest player on this list, Niemann, who turns 21 in November, is certainly the youngest with a full PGA Tour season under his size-28 belt (we don’t know his actual belt size, but the kid is skinny). And it was a solid season at that. After getting off to a slow start to his official rookie campaign (Niemann earned his PGA Tour card through sponsor’s exemptions the previous year), the native of Chile found his form once summer rolled around. Starting with back-to-back T-5s at the Travelers Championship and Rocket Mortgage Classic, he finished worse than T-31 only once over his final eight starts while racking up four top-15s. 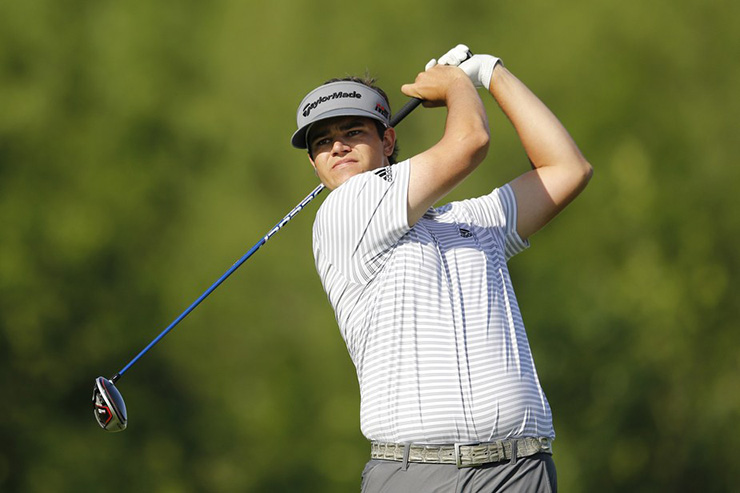 Another returner, Hossler is breaking a record he didn’t know existed by making our list for a third time. In a way, that’s not a good sign for his career—when’s he finally going to make good on his potential? But in another, it bodes well in that so many people still believe he’s going to turn into a big-time player. Hossler briefly lost his PGA Tour card this past season, but he quickly got it back with a runner-up finish in the first Korn Ferry Tour Finals event. And now he’s back on this list. Again. So congrats on the record, Beau. Until you break it again next year … 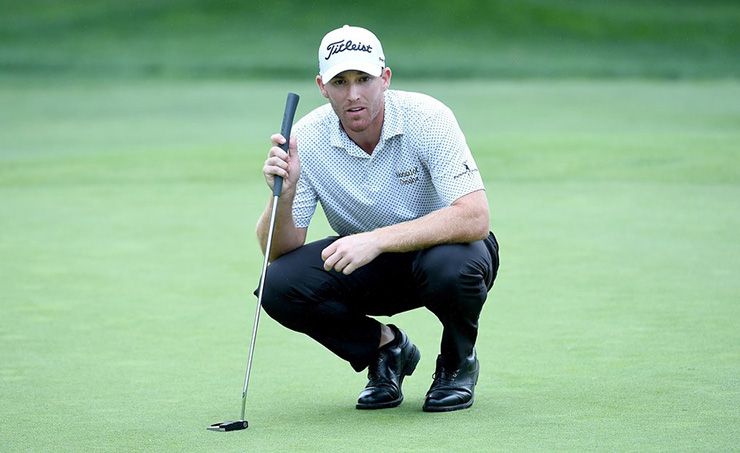 Like Scheffler, this former college All-American broke out this past season with two Korn Ferry Tour titles. Shelton struggled trying to earn win No. 3 and that battlefield promotion to the PGA Tour, but the 24-year-old still enters this season No. 4 on the priority list of the top 50 grads. In other words, he’s in good shape to get a lot of early starts. We look forward to Shelton and Justin Thomas bragging about how good Alabama football is all season. (Kidding. We’re not looking forward to that.) 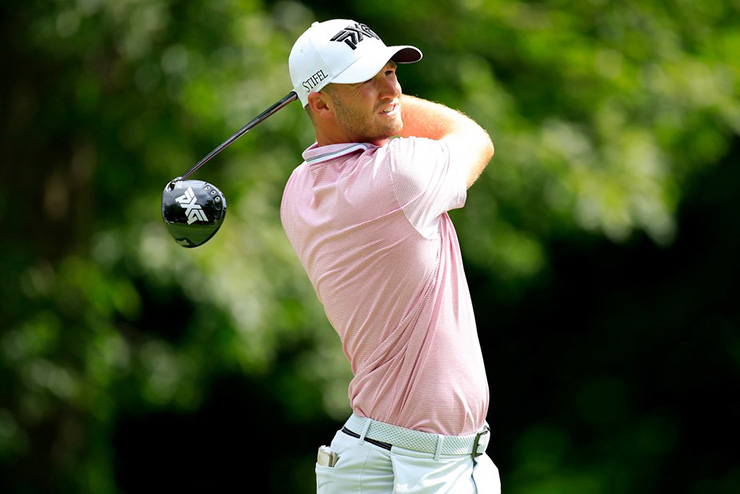 Clark’s solid rookie season on the PGA Tour finished with top 20s in four of his final seven starts, including a T-5 at the 3M Open. The University of Oregon golfer certainly has the skills for success in today’s tour. Clark ranked fifth in driving distance and eighth in strokes gained/putting this past season. Only 25, there’s plenty of upsides here. And plenty of opportunities for cheeky Wyndham Rewards commercials. 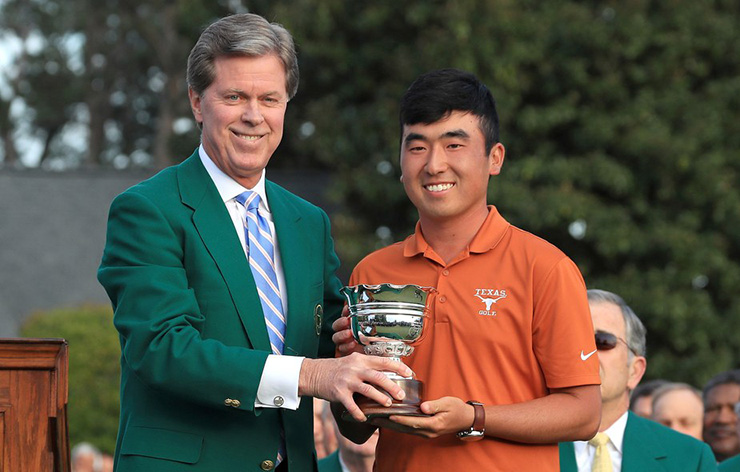 The University of Texas golfer (yeah, this list is getting a bit Longhorn heavy) became the latest example of the razor-thin margins at golf’s highest ranks. At the Korn Ferry Tour Championship, Ghim converted an eight-foot curler on the 72nd hole to earn his PGA Tour card and give us one of the best reactions of the year in sports.

In addition to being the low amateur at the 2018 Masters, Ghim has had four top 25s in his 11 starts as a pro on the PGA Tour. That proves the 23-year-old can hang with the big boys—and that clutch stroke certainly won’t hurt his confidence going forward. 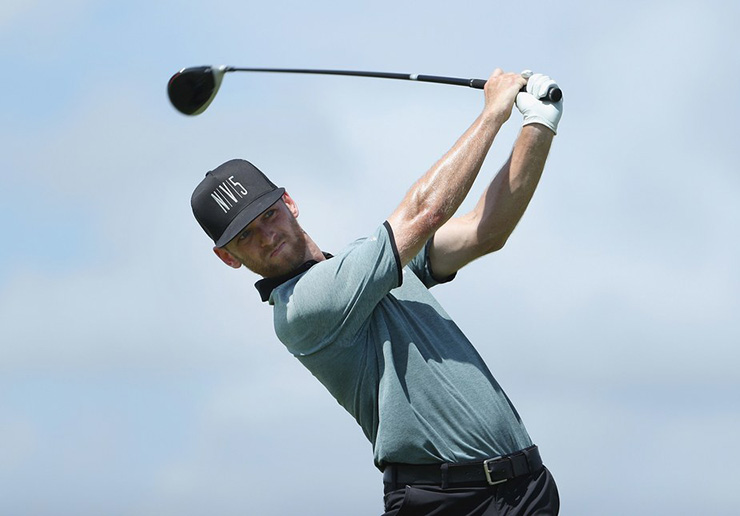 The son of 10-time PGA Tour winner Mark McCumber has steadily climbed pro golf’s ranks the past few years. First, through the PGA Tour Latinoamerica, then with a dominant three-win campaign on the PGA Tour Canada in 2018 and, finally, a solid rookie effort on the Korn Ferry Tour in which he finished 24th on the regular-season money list despite no victories. At 28, he’s the old man on this list, but he’s also got great genes from his old man. 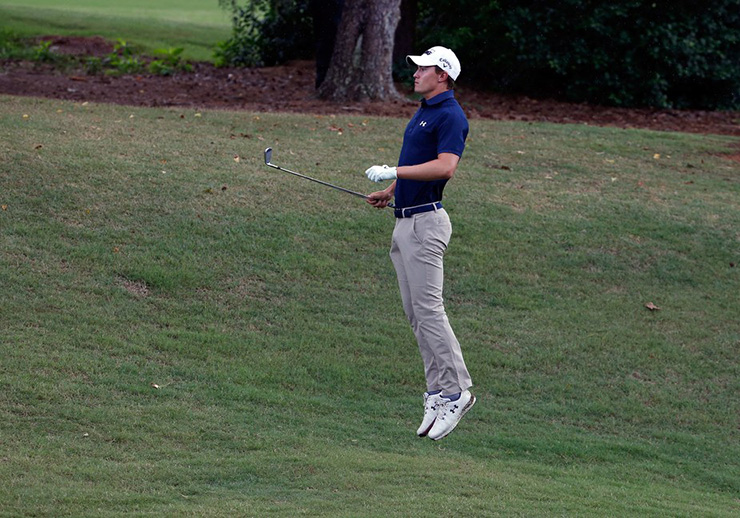 Yes, this is the guy who tied Tiger Woods’ record for victories at Stanford. Yes, he’s the son of a billionaire. Yes, he’s the dude dating LPGA star Danielle Kang. In many ways, McNealy has already established himself as a known commodity in pro golf, but he’ll get his first full-time crack at the PGA Tour after finishing 23rd on the Korn Ferry Tour’s regular-season money list. He’s certainly got the talent to be a star, and if this whole golf thing doesn’t work out, we’re pretty sure he’ll be OK. 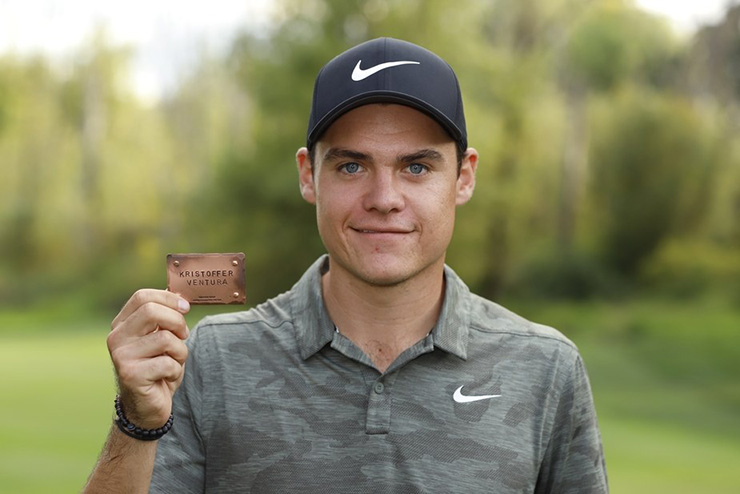 Another stud from that incredible Oklahoma State 2018 title team, Ventura graduated and spent this past season trying to make it as a pro. With no status on any tour as of June, a trip to Q school looked like a given until he turned a sponsor’s exemption at the Korn Ferry’s BMW Charity Pro-Am into a T-3. Three weeks later, Ventura won the Utah Championship and added another victory at the Pinnacle Bank Championship the next month. Quite a heater. Between Ventura and Hovland, Norway is suddenly a golf powerhouse. 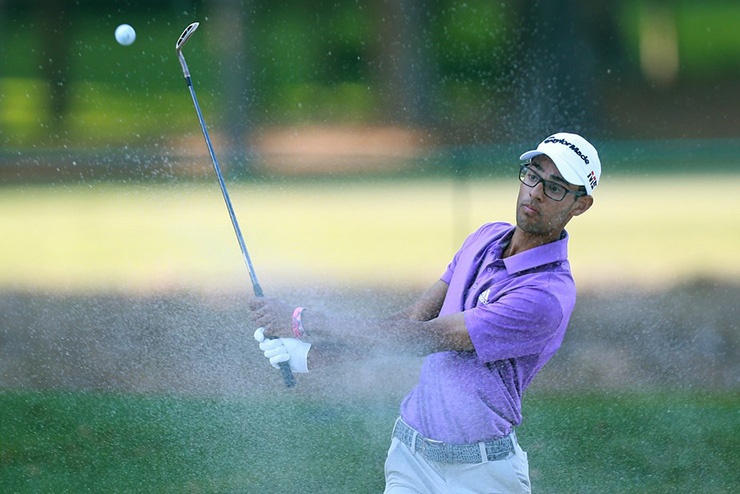 He’s definitely the youngest player on this list, and he probably won’t earn any PGA Tour status this season, but … just in case … we don’t want to be late to the party when it comes to predicting big things for this 17-year-old phenom who is turning pro this month. The clear-cut top-ranked junior golfer in the country, Bhatia became the youngest player ever to earn a spot on the U.S. Walker Cup team. He begins the 2019-’20 season with no status on any professional tour, but the lanky lefty should get his full allotment of sponsor’s exemptions. Hopefully, he has his driver’s license as he begins life on the road.