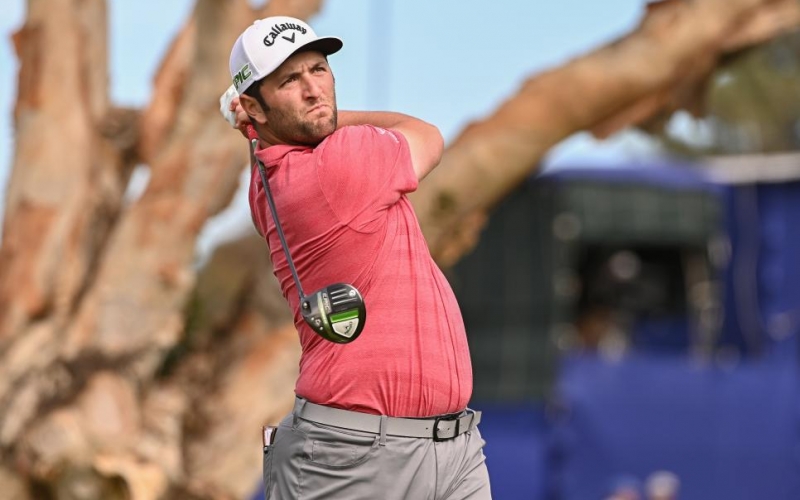 By E. Michael Johnson
Jon Rahm is proof that the old saw “good things happen to good people” still applies. Handling his COVID-related withdrawal from the Memorial—a tournament he was almost certain to win—with grace, Rahm returned to action at Torrey Pines and played a final round worthy of a champion to take the U.S. Open for his first major title.

Rahm’s final-round 67 tied for low round of the day, helping him make up the three-shot deficit he started the day with. Although the highlight-reel putts for birdie on 17 and 18 will long be remembered, it was getting out to a fast start that thrust Rahm back in the mix early.

Rahm dropped a 10-footer for birdie at the first and a couple of shorties at No. 2 and No. 9 before a curling 24-footer for birdie at 17 knotted him with Louis Oosthuizen and then another winding 18-footer put him one ahead. Rahm’s putter is an Odyssey White Hot OG Rossie S that he first put into play at Memorial.

Having struggled somewhat with putts in the eight-to-10-foot range, Rahm was ready for a switch and Odyssey sent him four putters to try out. Rahm was drawn to the Odyssey White Hot OG Rossie S mallet with a slant neck and no sightline—a trait Rahm has favoured since using a TaylorMade mallet with no sightline to win the 2017 Farmers at Torrey Pines.

According to Odyssey tour rep Joe Toulon, Rahm’s putting mechanics have changed slightly and he was seeking a putter than better matched his stroke. Rahm felt the slant neck allowed him to square the face and make an aggressive stroke.

The putter features Odyssey’s Microhinge star insert—which is firmer than a typical White Hot insert. As such, the ball comes off the face faster, something Rahm was seeking as he noticed he was leaving some putts short.

Rahm also drove the ball well at Torrey Pines—a must in any U.S. Open—averaging 317.6 yards off the tee with his Callaway Epic Speed driver to rank T-12 in distance for the week. Rahm’s driver has 10.5 degrees of loft and has a 45.25-inch Aldila Tour Green 75 TX shaft that is tipped one inch.

That put him in position to hit 49 greens in regulation, ranked T-5 in the field. Rahm’s irons are Callaway’s Apex TCB with Project X 6.5 Rifle shafts with Golf Pride MMC grips.

Of course, it was the sand-save birdie on 18 that proved the difference-maker, and Rahm used his Callaway Jaws Forged 60-degree wedge to hit the shot. For the week Rahm converted seven of 10 sand-save opportunities to rank T-9 for the week.

In other words, Rahm used a well-rounded game, not just two clutch putts, to win the U.S. Open. The kind of thing that happens to good people.