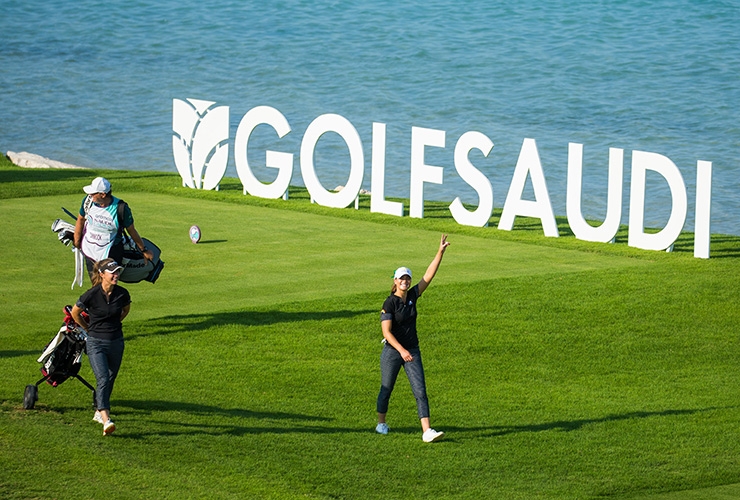 Annabel Dimmock led her team to the first-round lead at the Saudi Ladies Team International.

By Kent Gray
Annabel Dimmock played a handy captain’s knock to lead her side to the top of the leader board after the opening round of the $500,000 Saudi Ladies Team International.

Dimmock, joined by fellow Englishwoman Charlotte Thompson, Norwegian pro Stina Reeson and amateur Ed Edwards (Golf Saudi) signed for a -17 total in a format where the two lowest scores on each hole count towards the team’s total.

Team Dimmock will take a one-stroke buffer over Team Nuutinen, as in Finland’s Sanna Nuutinen, heading into the second of three rounds at Royal Greens Golf & Country Club on Wednesday. The side skippered by new Saudi Ladies International champion, Dane Emily Kristine Pedersen, are third a stroke further back.

Nuutinen produced Tuesday’s standout solo effort, the Finn’s six-under 66 earning her a two-stroke lead over Swede Johanna Gistavsson in the individual championship being held concurrently with the teams race.

Dimmock and Pedersen are among a group of six players who carded 69s. Dimmock says the team format strangely helped her play well individually.

“We were all trying to hit good shots for each other, and we certainly felt like it was a team event,” said Dimmock.

“Both Stina and I didn’t know our own score going down the 18th, and I usually know it. Stina got the first birdie on the fifth and we then we were like ‘let’s get the birdies going’. Then I holed my wedge shot on the next and then Charlotte got a birdie, so it was a real team effort.

It’s been a great day for @AnnabelDimmock who is enjoying the experience of playing in a team event.#SaudiLadiesTeamIntl | #RaiseOurGame pic.twitter.com/YPFWIBc2d1

Dimmock and Thompson are best buddies on Tour but Resin is quickly making friends and influencing people with her impressive play.

“I hadn’t met Stina before the draw but once I knew she was in my team, we’ve all spent some time together and had a team practice yesterday. It’s been great to get to know another player on Tour,” said Dimmock.

Nuutinen’s round included an eagle on the 4th, six birdies and even a double-bogey.

“To be honest I drove the ball better last week and today was a struggle off the tee,” said Nuutinen. “But I still played my best round this week and was good on the greens and made a few putts. It’s such an advantage playing this course multiple times, as you can be really precise on yardages. 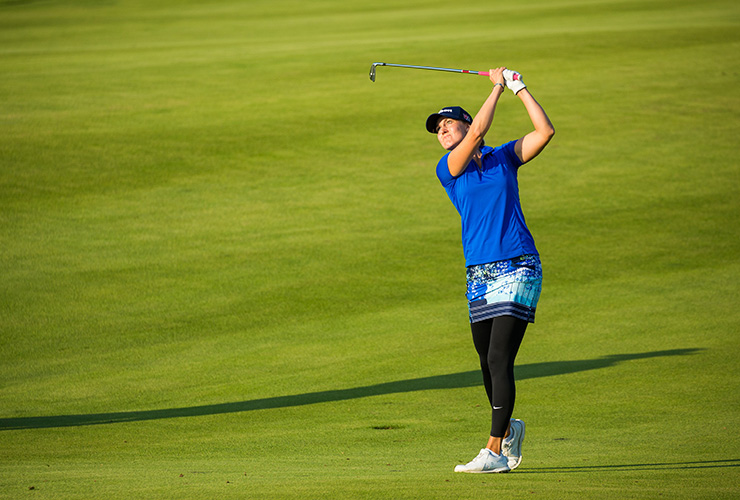 “It still feels like an individual event as you can’t help your teammates, so you concentrate on your own game. But when someone in the team makes a birdie or the amateur makes a par I do give a little fist pump. It reminds me of amateur golf and being in the international team or college golf and being with a team.”

Sweden’s Jenny Haglund created history with a hole-in-one on the 5th. Not only did she become the first women to make an ace in Saudi Arabia, she is the first player to record a perfect shot since Royal Greens joined the international fray with the Saudi International was first played at Royal Greens in Feb. 2019.

The ace is the sixth of Haglund’s career and fifth in tournament play, with the latest her third in three years.