TaylorMade M5, M6 irons designed for distance by making the structure stiffer. Here’s how they did that. 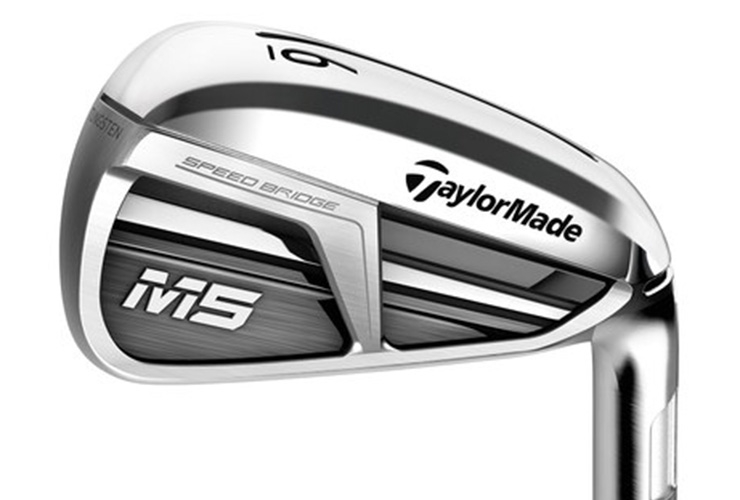 By E. Michael Johnson
TaylorMade’s new M5 and M6 irons share the names of its M5 and M6 metalwoods. They also share a similar design trait make the face springy to produce more distance. While both are designed to deliver distance through a marriage of various technologies, each accomplishes that in a different package. The M5 has a more compact appearance while the M6 boasts slightly stronger lofts.

Key to both is the use of a “Speed Bridge”—a structure tieing the top line to the back bar using a structural beam that was four years in development—that allowed the company’s designers to produce their most flexible sole slot yet while supporting the topline, helping to produce a pleasing sound.

“The biggest challenge we faced is all the learning we had to do, because we’d never done the Speed Bridge before,” said Matt Bove, TaylorMade’s senior manager of product creation. “We wanted to be as efficient as possible with mass, but maintain durability. Irons are expensive. You want them to last a long time. It took a long time to develop the Speed Bridge, especially as it comes into the top line to make sure that we manage our stresses appropriately and still maintain performance.”

Both clubs also share traits such as very thin faces, a fluted hosel and a 360-degree undercut that helps lower the center of gravity to make launching shots high easier. Both irons also have added stiffness in the perimeter of the head, the idea being that a stiffer outer structure makes for higher ball speeds due to less energy loss at impact. For sound, the use of a Hybrar damping material filters away bad vibrations. The damper was made taller than in the past to capture more vibrations.

But make no mistake, these are two very different clubs aimed at different types of players. The M5 is designed for the more serious type of golfer. That helps explain why the fluted hosel only has indentations that are positioned away from the golfer at address and therefore invisible to the eye when over the ball.

The M5 additionally fuses tungsten into the lower, outer toe section of the 3-iron through 7-iron. The heavier tungsten (as much as 11 grams of it in the 7-iron) adds forgiveness in a shorter blade length and shifts the center of gravity both lower and closer to the center of the face. Attention also was paid to the leading edge area, where a redesigned chamfer not only helps provide that clean look at address, but also assists a cleaner entry into the turf at impact. For shafts, the KBS Max 85 is the stock offering in steel with the Fujikura Atmos Orange in graphite.

Of course some golfers prefer something with a little more heft at address. “Some golfers find comfort in looking down at a larger iron with some offset,” says Bove. “They feel like they can hit it straighter. Other golfers don’t like that look, which is why we offer both.” 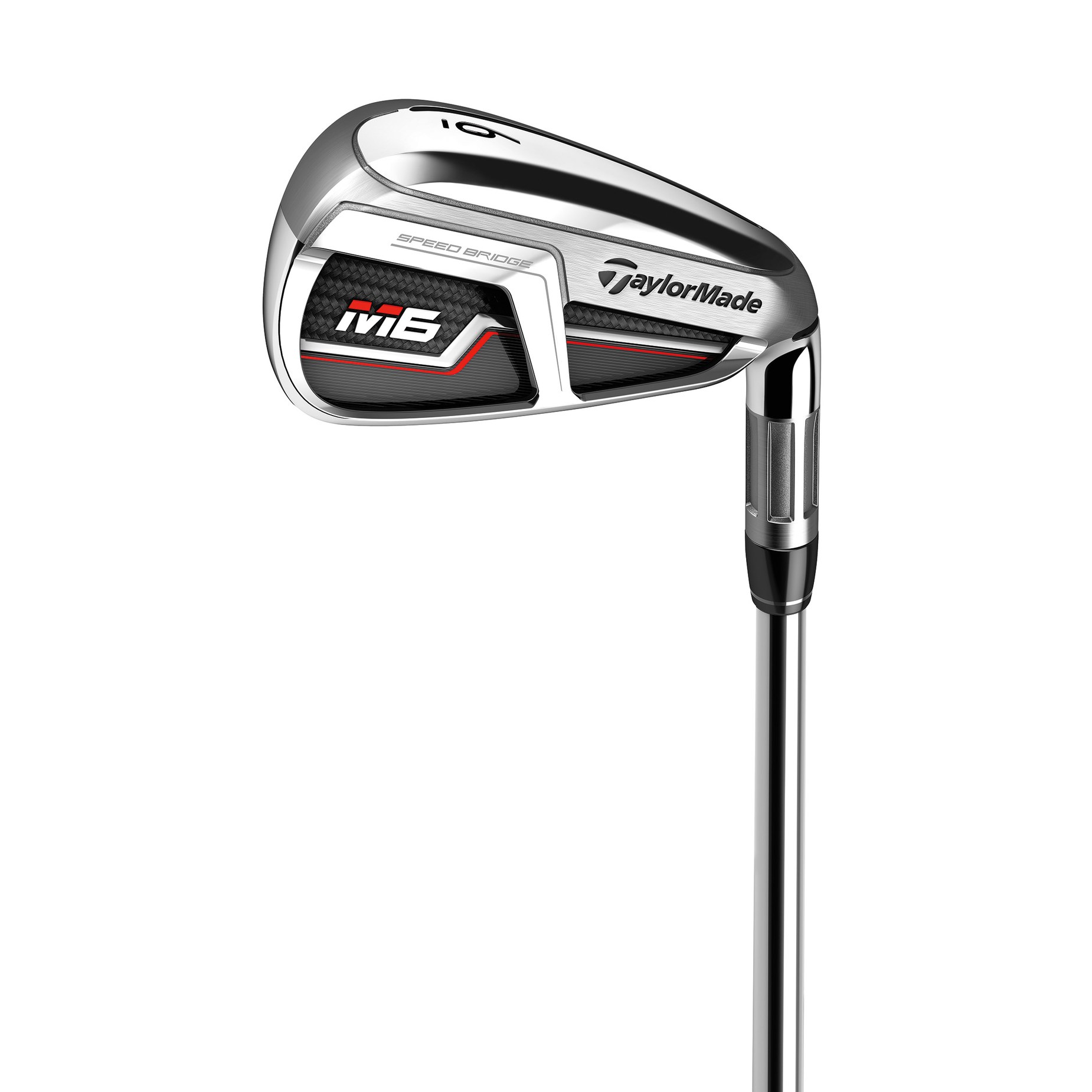 The M6 is aimed at average golfers and it is designed for higher launch. One key to that higher launch is the structure of the sole slot—a cut-through slot that TaylorMade previously did not employ on a game-improvement iron. The slot improves face deflection for better low-face impact ball speeds and higher launch. That enables slightly stronger lofts on the M6 for more direct energy transfer and better distance.

It also means, because the bottom of the face is unsupported, that spin is reduced by as much as 300 rpms while also getting more ball speed. TaylorMade vice president of product development Bret Wahl likened it to the flick of a pinball flipper.

“A large part of achieving speed is about unsupported face area,” Bove says. “So you’re pushing in areas such as wall thickness and face thickness to get everything thinned out. That produces the flexibility you need within the total system of the face and club.” As a result, the peak “hot” zone has moved down to where most shots impact the face—about a 10-fold increase in the hot area than the M4, according to TaylorMade.

Ed’s note: UAE pricing and availability has yet to be confirmed.