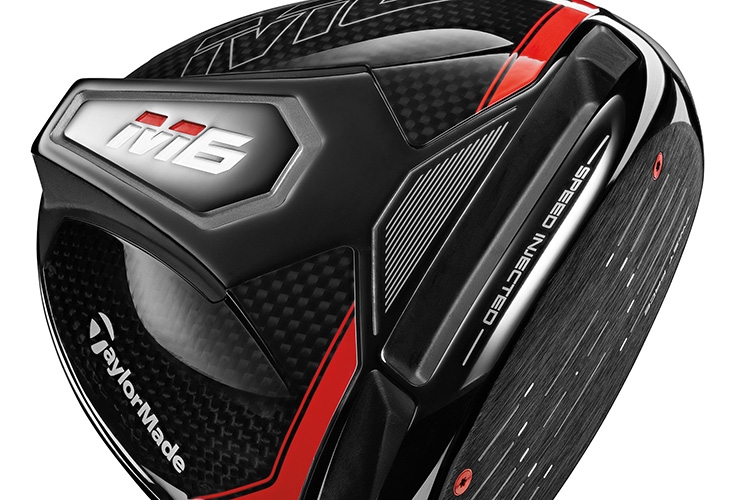 By Mike Stachura
The new TaylorMade M5 and M6 drivers, the flagship products of the company’s new lineup of metalwoods that also includes fairway woods and hybrids, are about many things, but mostly they’re about being so fast they’re just this side of illegal.

Of course, they are ultimately legal and conforming to the rules of golf. But only after an intricate and complex manufacturing process that involves multiple conformance tests, cloud computing, robotic arms and a mysterious resin injected through two tiny holes in the club face. 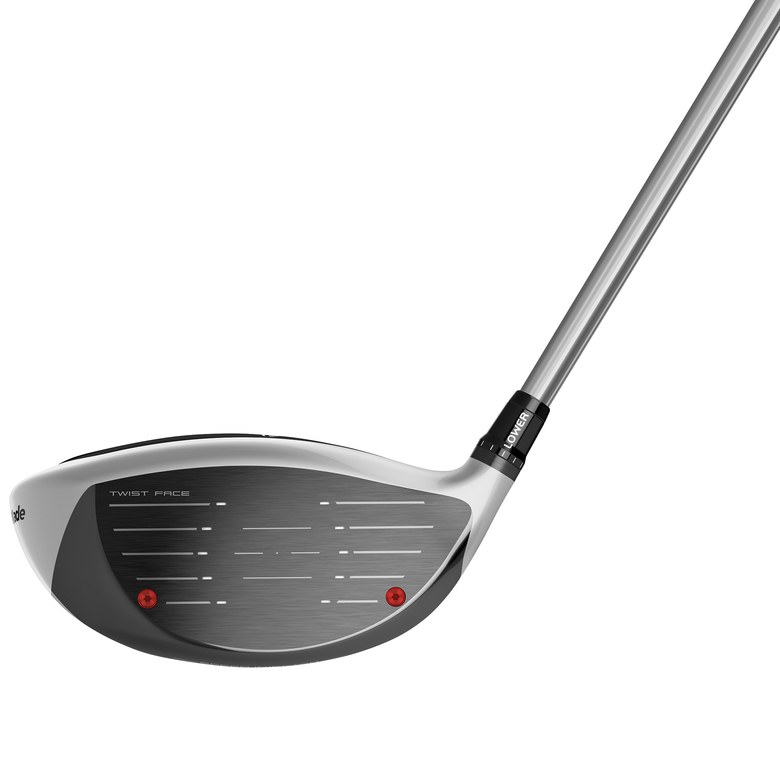 That process, say TaylorMade officials, not only makes the faces conform to the USGA’s test for spring-like effect, it also is an exhaustive effort to make every single M5 and M6 driver in every golf shop, tour stop and online warehouse closer to the edge of the rules than was possible before, not just for any previous TaylorMade driver but for any other driver on the market today.

“The idea was that we would take each and every head and go beyond the legal limit,” said Brian Bazzell, vice president of product creation at TaylorMade. 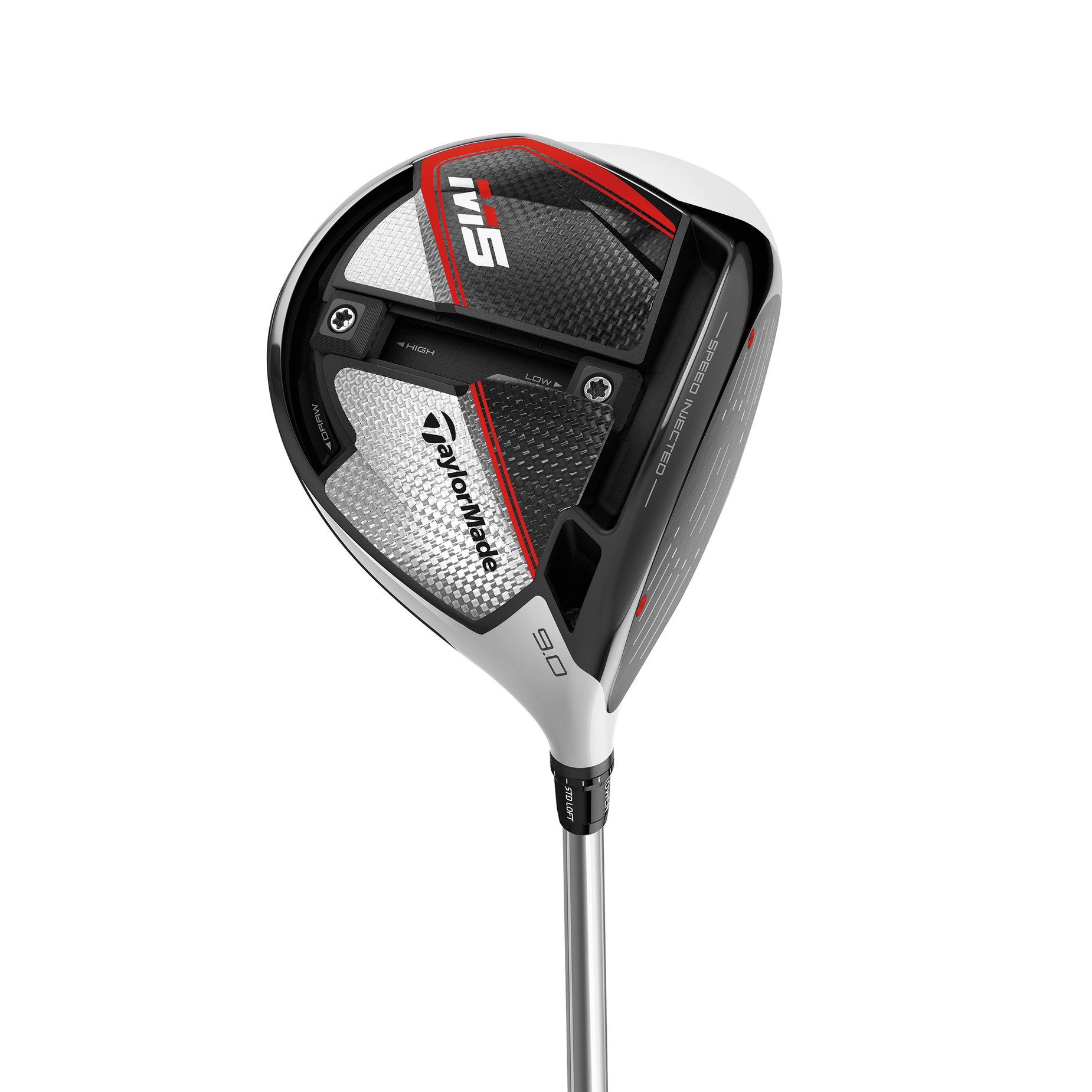 The theory is simple: It’s easier to make a driver face flex over the limit and then bring it back to a conforming state than to try to get right to the edge without going over. TaylorMade’s engineers believe the industry has been hamstrung by manufacturing tolerances based on the complex rules that govern how much face flexibility is allowed. Because traditional manufacturing methods for driver faces result in a range of flexibility measurements, manufacturers have to be conservative to make sure their drivers don’t end up being non-conforming. Depending on how conservative they are, according to TaylorMade, they may end up well short of the conforming limit with a certain percentage of their finished heads.

TaylorMade’s workaround with the M5 and M6 is to push their heads over the limit and then bring them back by injecting a resin through two small holes in the face that slows down the flexing at precise amounts specific to how far over the limit each individual face is. Each head is tested for conformance to the spring-like effect rule during the manufacturing process, and then an algorithm determines how much resin is required to bring the head back under the speed limit. That amount is then transmitted through cloud-computing back to the robotic arms that inject the resin through the two ports in the face.

“If you’re starting below the limit and making your way up towards it, you have to still be conservative because if you go over, then that head has to be trashed,” said Justin Kleinert, metalwoods product development manager at TaylorMade, noting that traditional driver manufacturing processes only can make faces faster, not slower. “So that makes it hard to get close. When you go past it and pull it back, it’s a lot easier because you know you just have to bring it back to where it needs to go. You can always go backwards, but if you go past it from the other direction you’re done.”

That larger area means mis-hits toward the heel and toe will now flex similarly to centre hits. “Tour players don’t hit it in that area as much, but the amateur is probably getting a double benefit,” Bazzel said. 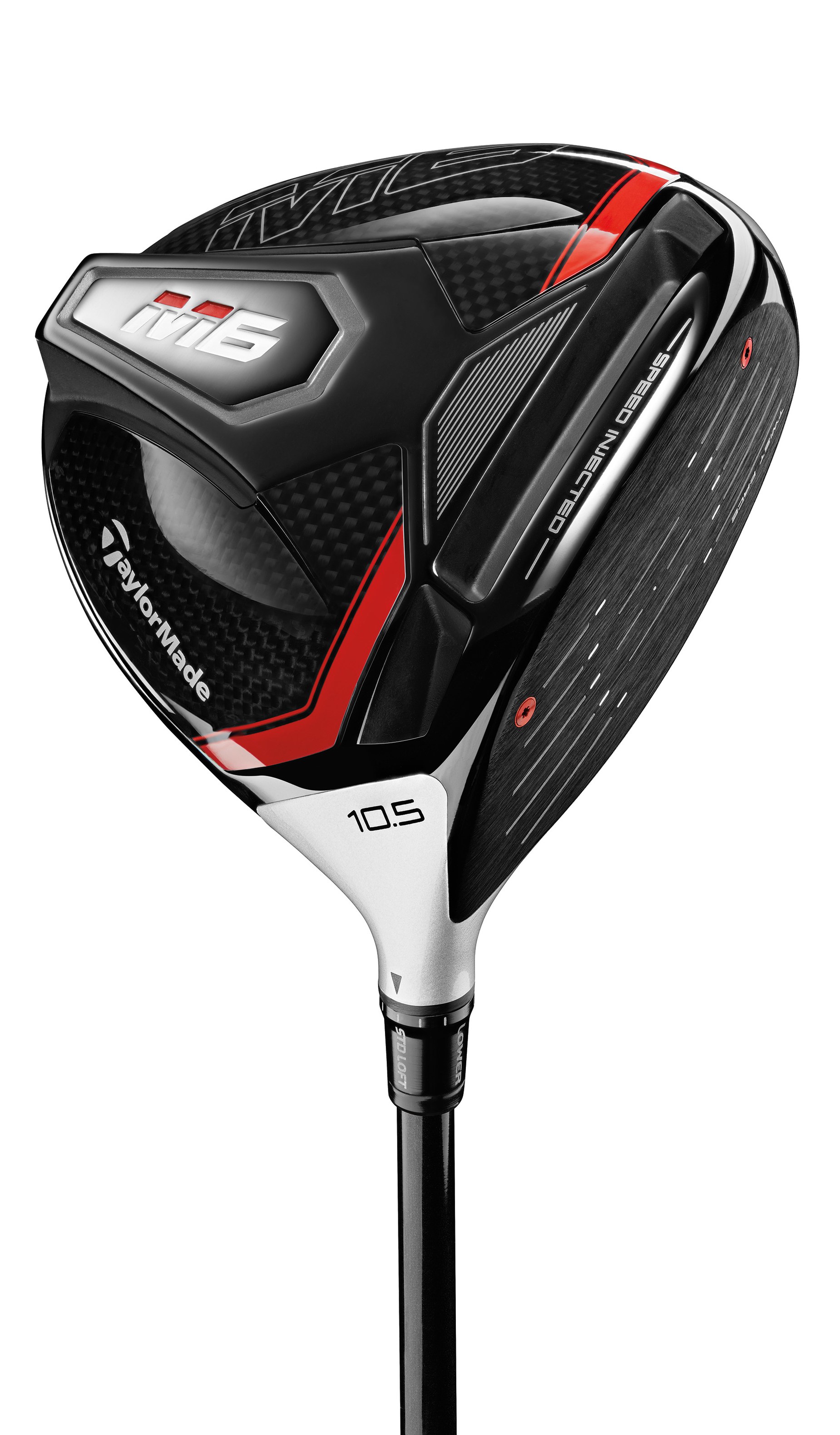 The M5 and M6 drivers also include the company’s bulge and roll curvature pattern called TwistFace, which was introduced in last year’s M3 and M4 drivers. With TwistFace, the face is curved slightly open on the high toe and slightly closed on the low heel to help correct those common mis-hits (and the face angles that typically accompany those mis-hits), curving them more closely back to the centre line.

Both the M5 and M6 drivers also continue the carbon composite crown and sole panel technology first debuted with the M1/M2 drivers four years ago. The new crown covers 10 per cent more of the head than in past models.

The M5 driver will be TaylorMade’s most adjustable driver ever. It features a T-shaped track in the sole with the top of the T curving around the sole’s rear perimeter. Two 10-gram weights allow for independent weight placement. Combined with the 12-way adjustable hosel that changes loft by plus/minus two degrees, the M5 boasts more than 21,000 possible settings.

The M5 driver also will be available in a smaller “Tour” version, designed to provide a sleeker aerodynamic profile thanks to its compact, 435 cubic centimetre size.

The M6 driver expands the use of carbon composite in the sole with two large panels that flank a centre weight structure. The lighter weight panels allow 46 grams to be redistributed low and deep for a more forgiving head on off-centre hits—54 per cent more than last year’s M4.

The M6 driver line, which also emphasizes a sleeker aerodynamic shape, again includes the D-Type version. It fights a slice by redistributing more of the saved mass toward a draw bias. One additional key is how the top line is angled to appear more open, encouraging golfers to return the club back to square or even closed at impact to further counteract a slice. “The inertia of a driver head can be twice as much so a fairway wood wants to rotate more on an off-centre hit,” Bazzell said. “That’s why ultimately we ended up with a bigger twist.”

No less impressive in the fairway wood technology is the M5’s switch to a titanium body and face that combines with the carbon composite sole. This makes for better face deflection while at the same time the lighter weight of titanium provides more discretionary weight for the M5’s adjustable sole weight. It accounts for 65 grams—more than 30 percent of the head’s total weight—in a central steel weight that can rotate freely between a draw and fade bias, yet at the same time it sits low in the sole for smooth turf interaction and to lower the centre of gravity to help shots launch higher with less spin. The 12-way adjustable hosel creates better fitting options. The larger M6 fairway woods and hybrids include a cut-through sole slot for better face flexing, particularly for impacts lower on the face. The slot is covered with a thermoplastic urethane strip that sits more flush with the sole to improve turf interaction. The M6 fairway wood also features a weight-saving carbon composite crown and will be available in a slice-fighting D-Type option, as well. Both the fairway woods and the all-steel hybrids feature a high-strength C300 steel face insert.