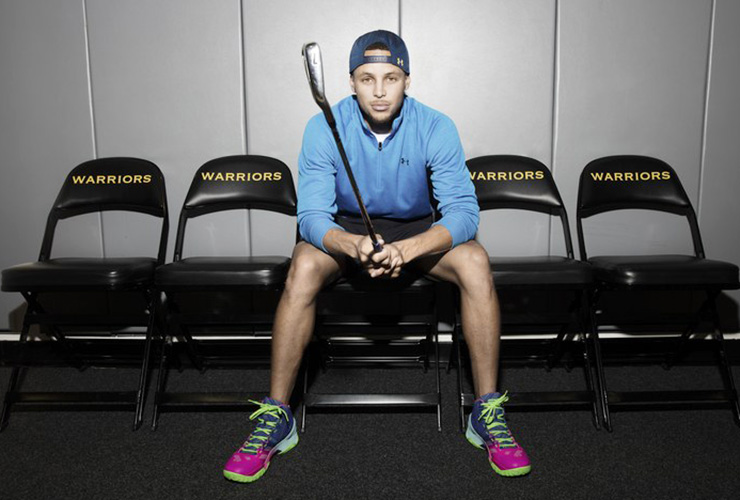 In an interview with David Feherty, hoops star and golf fanatic Steph Curry admitted his aspirations of a PGA Tour run after his basketball career.

“I’ve thought about it,” Curry said on Feherty. “I’m very sensitive to the experience of the PGA Tour guys out there who have dedicated their life to what they do, just like I have with basketball. I don’t think I could, obviously, just jump out there; It’d be a lot of work that would go into it.”

Looks like the reigning NBA champion is starting that endeavor sooner than expected.

According to the San Francisco Chronicle, Curry has accepted an invite to play in the Web.com Tour’s Ellie Mae Classic.

“When I found out I was getting a sponsor exemption, I had a lot of emotions because I love to play golf; it’s a passion of mine,” Curry says in a pre-recorded message set to be released Wednesday morning, according to the Chronicle. “But to be able to play against the next and best golf professionals will be a huge honor and huge treat.

“I’m looking forward to hopefully not embarrassing myself, but mostly having a lot of fun and hopefully raising a lot of money for the foundation…I’m going to try to keep it in the fairway.”

Curry’s a solid player, once boasting a 0.6 handicap (now up to 2.2). And he’ll undoubtedly have the support of the galleries, as the tournament will be played in the Warriors’ backyard at TPC Stonebrae in Hayward, California.

That said, other athletes — far better golfers than Curry — have attempted professional golf ventures in the past, mostly to disastrous results. John Smoltz, who once boasted a plus-2 handicap, played in a 2011 Nationwide Tour event. It did not go well, firing a first-round 84. Same with Jerry Rice, who has played at the Ellie Mae three times. In those outings, the Hall of Fame wideout posted second-to-last and last-place finishes, along with a WD.

Nevertheless, Curry’s presence will inject some much-needed publicity to the developmental tour. And though it may draw criticism as a publicity stunt, after completing the winningest three-season stretch in NBA history, Curry can do whatever he damn well pleases in the Bay Area.