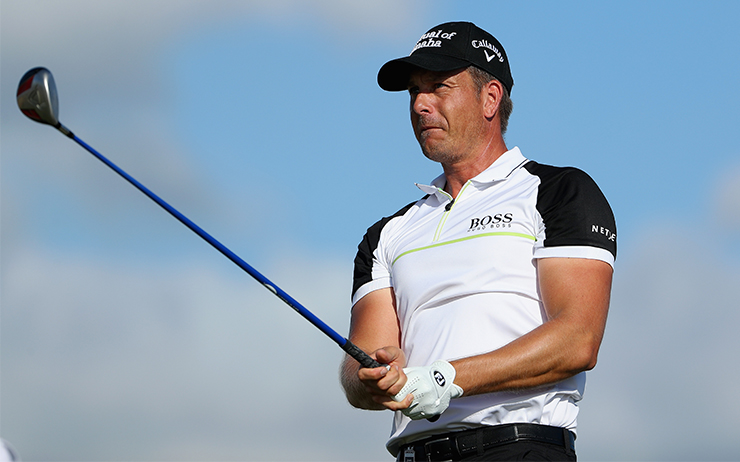 Henrik Stenson’s epic 2016 has been capped with the European Tour ‘Golfer of the Year’ title.

The accolade was bestowed on the 40-year-old Tuesday at the climax of a year in which the likeable Swede has claimed the BMW International Open, The Open Championship, Olympic silver in Rio and his second Race to Dubai (order of merit) title last month.

SEE ALSO
Stenson a showman to the end

“It has certainly been the best season of my career and to now be voted the European Tour Golfer of the Year for a second time is a fantastic way to bring the curtain down on it,” said Stenson who first won the honour in 2013, the year of his first Race to Dubai triumph at Jumeirah Golf Estates.

“There have been some great golfers who have won this award, and many more who just missed out over the years, so to receive it twice now is a huge honour.

“You can argue that my consistency was a touch higher in 2013, but in 2016 I produced my best performances at key moments, so it will go down as the best year I have had and this award is a very nice way to end it.”

Stenson’s battle with Phil Mickelson for the Claret Jug at Royal Troon in July was undoubtedly the world No.4’s 2016 highlight. He closed out one of greatest duels in golfing history with a stunning 63 – the joint lowest final round in a major by a champion – to win by three shots, eclipsing the record low score of a major championship with a winning total of -20, 264.

European Tour CEO Keith Pelley, who awarded Stenson honorary life membership of the tour at November’s DP World Tour Championship, described 2016 as “undoubtedly a memorable one for European Tour members around the world, with many so achievements to celebrate.” Those achievements included Danny Willett’s US Masters win, Justin Rose’s Olympic gold medal and Alex Noren’s four late season wins to surge into the world top-10.

“However, Henrik Stenson not only produced one of the standout performances of the year, or indeed any year, to win the Claret Jug at Royal Troon, but he also displayed an impressive level of consistency across the entire season to win the Race to Dubai,” Pelley said.

“Furthermore, Henrik consistently reminded us what a magnificent ambassador he is for the game of golf, and he is therefore a thoroughly deserving winner of the European Tour Golfer of the Year award for the second time in his career.”