Sergio Garcia is considering wearing his green jacket at his wedding 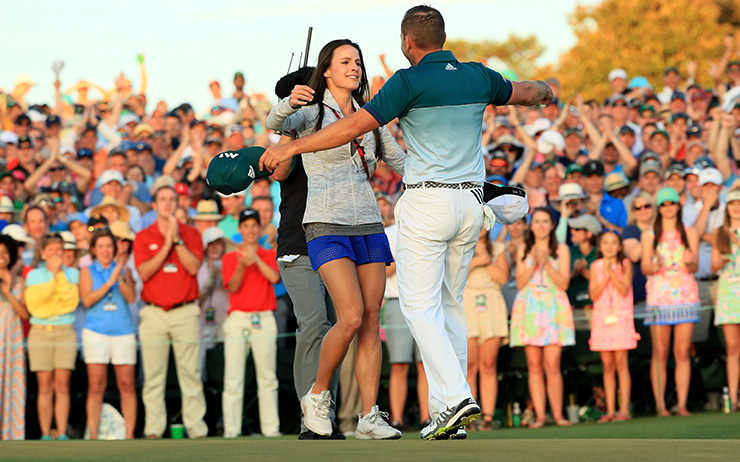 AUGUSTA, Ga. — At his winning press conference, Sergio Garcia made it sound like capturing a first major championship isn’t going to change his life. But it just might change what he wears to his wedding.

Garcia got engaged to former college golfer and Golf Channel reporter Angela Akins on Jan. 6. And he didn’t totally rule out the possibility of wearing his new green jacket when the couple ties the knot.

“We were just talking about it,” Garcia said with a chuckle after being asked if he would ask for permission to wear the jacket during the ceremony, which is scheduled for July. “This one is a little bit too big (laughter). It would be nice, but no — I don’t know. We’ll get to the point when we get there.”

A Masters champ is allowed to take his green jacket off Augusta National grounds during the 12 months following his victory. We’ve seen Bubba Watson wear his to a Waffle House, Phil Mickelson to a Krispy Kreme, and Danny Willett to Wimbledon last year — but we’re pretty sure a Masters champ has never worn one to his own wedding.

So if Garcia really wants to wear his green jacket to his wedding, his timing for winning couldn’t have been better. But yeah, there’s still the whole needing to get permission from his fiancee angle.

And that — especially if green doesn’t go with the rest of the reception’s color scheme — could be the trickiest part. Good luck, Sergio.