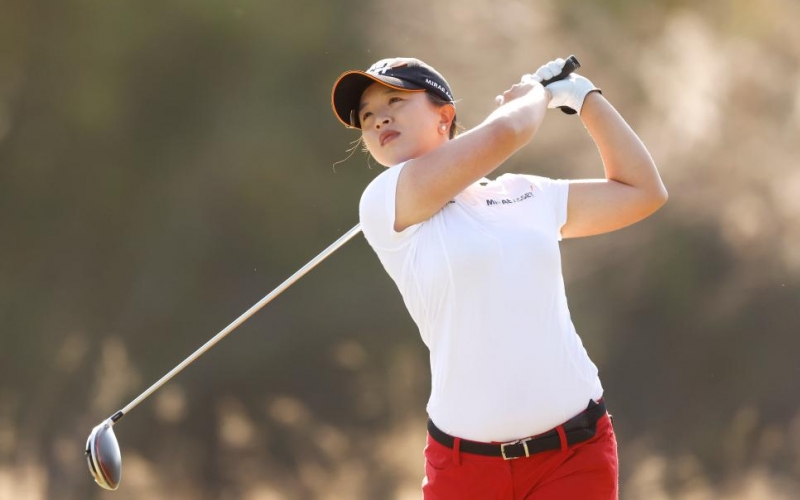 By Keely Levins
There were a few wayward shots later in Sei Young Kim’s third round at the CME Group Tour Championship on Saturday that up foreshadowed what was to come in her final round.

Kim scrambled her way out of trouble in Round 3 and entered Sunday’s final round with a one-shot lead over Jin Young Ko. But good birdie chances largely eluded her and she finished with a 72, five shots behind Ko.

But it wasn’t all bad.

While defending her title at the CME would have been sweet, and collecting the $1.1 million winner’s cheque even sweeter, Kim walked away with what she called the most important accomplishment of her career: the 2020 Rolex Player of the Year.

She came into the CME six points behind Inbee Park in the Player of the Year competition, an award Park won in 2013. Kim needed a finish of fifth or better and for Park to finish outside the top 10 to win the title. Park finished T-35, and Kim’s T-2 finish earned her enough points to take the title.

A 12-time winner on the LPGA Tour, Kim has long been a great, though largely obscure, player. Until 2020, the 27-year-old South Korean was the highest-ranked player in the world without a major championship. She took care of that by winning the KPMG Women’s PGA Championship in October.