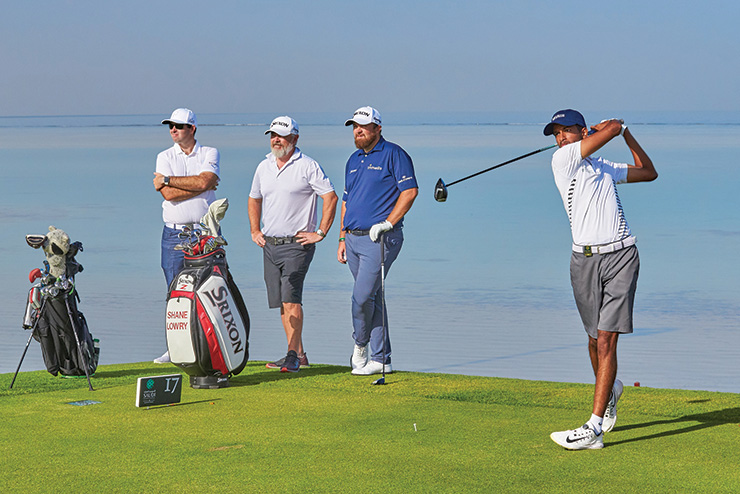 By Kent Gray
The weekend. In professional golf, it’s when the bills get paid, an invisible mark in the calendar that leads to unimaginable riches and potential superstardom or the continued fret of how to pay the mortgage. For Saudi’s pioneering professional Othman Almulla and leading amateur Saud Al Sharif, making the cut at the Saudi International isn’t nearly as critical but the desire to become the first homegrown player to reach the weekend is deeply personal and hugely motivating.

“We are very fortunate to have such a high-profile event in our country and I feel very honoured to be representing Saudi Arabia in a field of such high-quality global golfers,” said Al Sharif.

“This will be my third time playing and each year I gain such invaluable insight into what it takes to be a top golfer.”

With a field headlined by world No.1 Dustin Johnson and the likes of Bryson DeChambeau, Patrick Reed, Tony Finau and Phil Mickelson, not to mention all the European Ryder Cup stars, making the cut at Royal Greens Golf & Country Club is even more difficult than most European Tour events.

Both Almulla and Al Sharif both have a mountain to climb on the evidence of their previous records in King Abdullah Economic City. Almulla carded rounds of 80-81 in 2019 when Johnson won the inaugural title and 75-75 last year when Graeme McDowell reignited his career. Al Sharif also knows the hurdle confronting him after finishing 130th out of 132 players in each of the past two years with rounds of 79-80 in 2019 and 82-73 last year. But there is no lack of effort to reach the summit of his own personal Everest.

“I hope that all the work I have been putting into my game since last year pays off and I can make everyone proud by becoming the first player from the Kingdom to make the cut.”