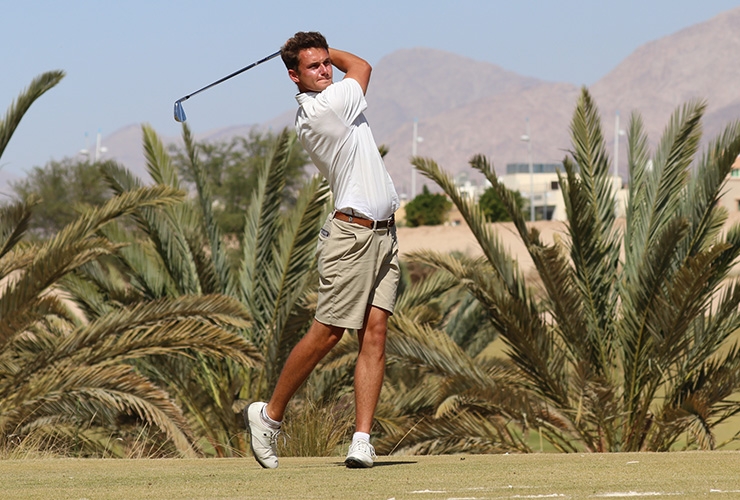 By Joy Chakravarty
Scotland’s Ryan Lumsden showed just why he is considered one of the finest emerging talents in the game when he overcame a last-hole hiccup to prevail in the $75,000 Journey to Jordan #2, winning his first Official World Golf Ranking event as a professional by one shot over the equally-promising Curtis Knipes of England.

On Wednesday at the Greg Norman-designed Ayla Golf Club, the London-based Lumsden made a double bogey six on the tough 18th hole, but he had done enough good work before that to post a two-under par 70 final round. That took his tally to eight-under par 208 for the tournament, one better than Knipes, who closed with a four-under par 68 for a seven-under par total. 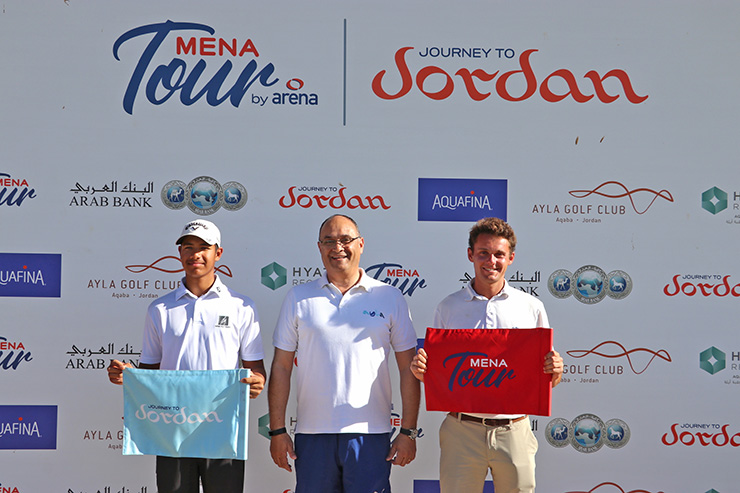 There was a five-way tie for the third place with Sweden’s Ake Nilsson (69) reaching six-under par 210 alongside the English quartet of Jamie Rutherford (65), Mitch Waite (68), Tom Sloman (70) and Benjamin David (70).

England’s David Langley secured himself a start at the Trophee Hassan II on the European Tour by topping the Journey to Jordan at the halfway stage. He shot a two-under par 70 in the final round to finish in tied 35th place. David Hague, the only other player who could have overtaken Langley this week, was tied 30th and could not surmount the difference in earning between the two.

However, the star of the day was the 23-year-old Lumsden, who is expected to move to inside the top-1000 of the OWGR with his triumph.

The Northwestern University star, who will start in the AT&T Byron Nelson Classic in May on the PGA Tour for winning the Byron Nelson Award in US collegiate golf last year, was fast off the blocks with birdies on the first, fourth, fifth and sixth holes. He then missed birdie chances on the seventh, eight and ninth holes to make the turn at four-under par and ahead by three shots over Sloman.

His first bogey of the day came from the greenside bunker on the par-3 12th hole, and he was lucky not to get wet on the par-3 13th when he hooked his tee shot way off the mark. Lumsden made a crucial par save from 20 feet on the 15thbefore a clutch birdie from the bunker on the 17th gave him the necessary cushion going down the 18th hole with Knipes having already finished on seven-under par. Lumsden found the fairway bunker on the 18th, took three shots to get to the green and three-putted for a six on the final hole.

“Don’t ask me about the 18th, but I am delighted to get the win,” said Lumsden.

“I felt really good about my game the whole day. Got off to a good start and was four-under through six holes. I then made great putts that barely missed on the next two holes. On the ninth, I hit a wonderful drive and had just about 200 yards, but it was at the bottom of a divot and I could not risk the water on the left so had to lay up and the birdie putt lipped out.

“Went through a little bit of a rough patch on the back nine, but I was able to make some good swings after that. I will think back about the 18th hole and process what I did wrong there, but very happy to get the job done and hopefully, we can carry it on from here.

“There wasn’t one defining or key moment today. The par save on the 15th was great, but so was the up-and-down for birdie on the 17th. I just played solid golf throughout.”

The 19-year-old Knipes, who turned professional this year, recorded his best ever finish on the MENA Tour by Arena. The 68 included just one bogey, which came on the fifth hole when he chunked a wedge shot from the middle of the fairway, but that was the only mistake he made.

“I played pretty well today. The conditions were very fair and I did have a number in mind for the final round. I wanted to get to 10-under par, so a 65. That was not to be, but I am very happy with the runner-up finish,” said Knipes, who qualified for the Open Championship last year as an amateur.

“Very happy with the way I have started as a professional. I had four top-10s in five starts and even though I felt I let go a couple of chances to win, I know my time will come. I just have to be patient.”