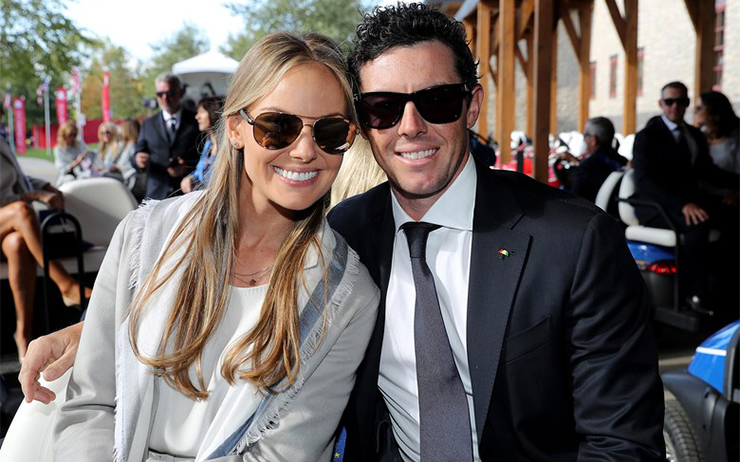 Rory McIlroy married Erica Stoll on Saturday in a castle. And in front of a star-studded guest list.

Call it “The Rory-al Wedding.”

According to E! News, some music royalty (both old and young) performed on the special day. Stevie Wonder is believed to have played during the couple’s ceremony, while Ed Sheeran put on a show during the reception. Not a bad one-two punch.

And yes, there were golfers there as well. Sergio Garcia, Padraig Harrington, Shane Lowry and Paul McGinley were in attendance, reports The Belfast Telegraph, which also has a few pictures of guests leaving the wedding.

Unfortunately, there are no photos of the lovely couple from their special day yet, but we send along our congratulations. McIlroy previously said they’ll go on a 10-day honeymoon and then he’ll return to action at next month’s Players Championship.

“I’ll come back to the Players refreshed and a married man and start a new chapter in my life,” McIlroy told reporters at the Masters.