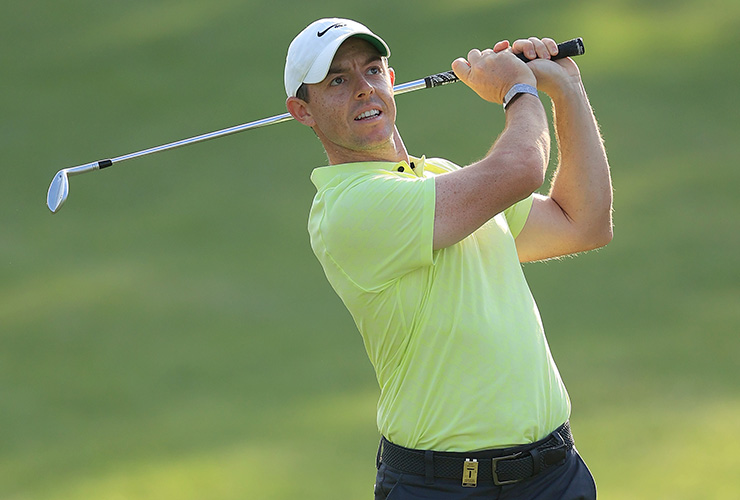 By Kent Gray
Rory McIlroy will start the new golfing year with back-to-back Rolex Series appearances in the UAE after confirming his return to the Slync.io Dubai Desert Classic for the first time since 2018.

Tuesday’s announcement means four-time major champion and world No.8 McIlroy and reigning Race to Dubai champion and world No.2 Collin Morikawa will headline the Abu Dhabi HSBC Championship at Yas Links (Jan. 20-23) as well as the Desert Classic at Emirates Golf Club (27-30), the latter upgraded to matching $8 million Rolex Series status for the first time in 2022.

McIlroy will chase a third Dallah trophy triumph after winning on the Majlis in 2009 and 2015. The four-time major champion went close again in 2018, finishing a stroke behind China’s Li Haotong, and enjoys a further six top-10 finishes in his previous 11 appearances at the “major of the Middle East”.

Indeed, Dubai has been a happy hunting ground for the 32-year-old Northern Irishman. In addition to his Desert Classic double, McIlroy won the season-ending DP World Tour Championship in 2012 and 2015 and topped the season-long Race to Dubai standings three times: in 2012, 2014 and 2015.

“I have so many wonderful memories from playing in Dubai over the years, and particularly over the Majlis Course, where I’ve been able to win twice. I look forward to coming back to Dubai and aiming to get my hands on that incredible trophy again,” said McIlroy who will be joined by former champions Sergio Garcia (2017) and Paul Casey (defending) in January’s field.

The exciting local subplot surrounding McIlroy’s Majlis return is confirmation that fans will be able to witness his return for free.

“With the UAE set to celebrate its Golden Jubilee, we are delighted to announce that entry will be free for all golf fans over the four days of the tournament,” said Executive Tournament Director Simon Corkill.

“This decision was made in recognition of this special moment in the UAE’s history, while also giving something back to sports fans following the challenges that have been faced in 2020 and 2021. What better way to celebrate than through a truly global sporting event on our doorstep which everyone can enjoy.”

McIlroy’s presence is a boon for the DP World Tour as much as it is for the opening two Desert Swing events after the wrap-around 2021-22 season got off to a challenging, almost false-start in South Africa last week.

The Joburg Open was reduced to from 72 to 54 and then 36-holes due to mixture of the Red List travel restrictions forced on South Africa due to the Omicron outbreak and wild weather. The new COVID-19 variant also prompted this week’s South African Open to be downgraded to Sunshine Tour event only and the Dec. 9-12 Alfred Dunhill Championship to be cancelled altogether.