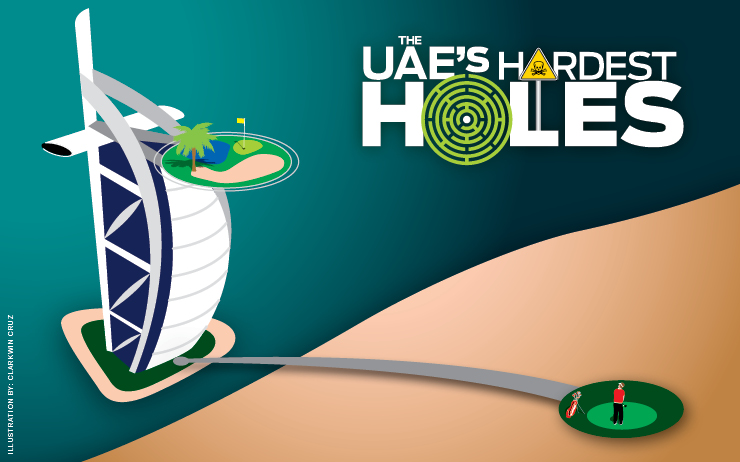 The U.S. Open is renowned as golf’s most difficult major championship, and of all the punishing layouts that have hosted this gruelling test of golf, Oakmont – which will ‘welcome’ the world’s best players in just a couple of week’s time – would be a popular choice as the toughest venue of them all.

With Jason, Jordan, Rory and co. bracing themselves for the Pennsylvania club’s hard, narrow fairways, treacherously quick, cambered greens and thick rough, we thought now was as good a time as any to name the hardest holes in the UAE – a country with more than its fair share of candidates for this honour.

We consulted a panel of over 20 experts from the local industry, including keen amateur players and respected UAE PGA professionals, who each nominated their choices for the toughest par 3, par 4 and par 5 in the country. Here, we present the three winners in each category, along with the holes that were close behind, and also reveal our composite for quite simply, the Hardest Golf Course in the UAE. 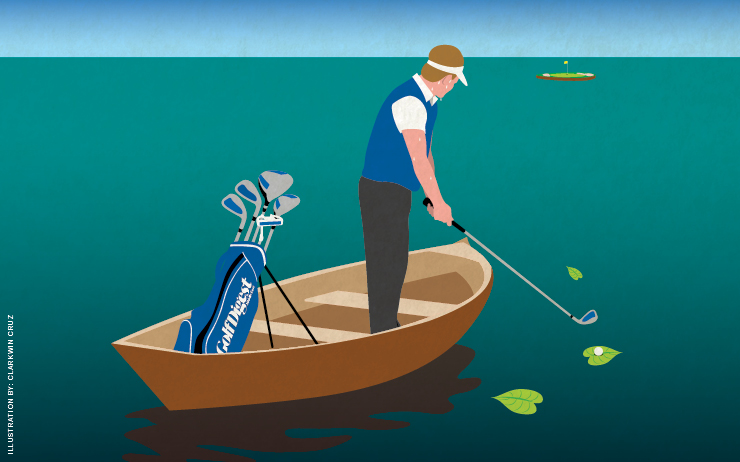 Golfers choosing to lay-up on a par 3 are usually ribbed mercilessly by their playing partners, but on this beast of a one-shotter at Al Badia, such a tactic is not so much ridiculed as respected. Even from the regular men’s tees this is a tough prospect at 189 yards; from the black markers it is bordering on sadistic. It’s by no means the longest par 3 in the UAE, or even the hole with the most prominent water hazard, but there is simply no margin for error on the tee shot.

The temptation is to err on the side of caution and favour the right side, but if you’re taking enough club to reach the green, a second shot from the bunker to a tight pin with water behind is the last thing you want so early into a round. The ideal shape is a high draw that starts at the left-hand bunker and turns softly towards the putting surface, but there aren’t too many recreational amateurs who cite this as their go-to stock shot.

“You’re sure that’s a par 3?”
Other notable ‘short’ holes that were singled out 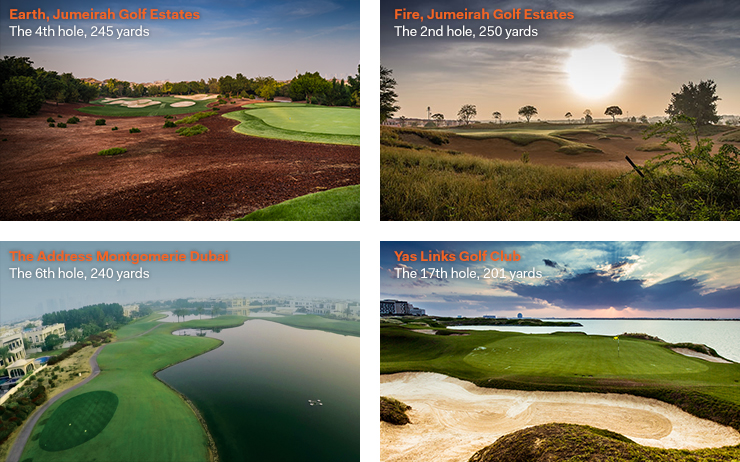 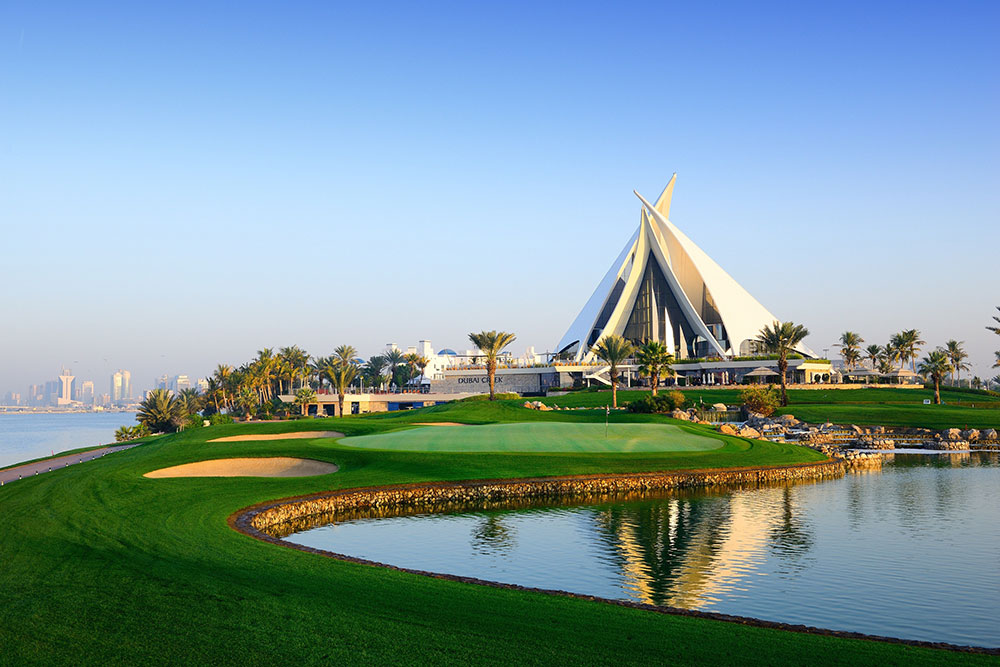 The finisher at Dubai Creek has water on both sides, and in front of the green just for good measure

It’s the most famous hole at Dubai Creek, arguably one of the most famous in the region and the landslide winner of the UAE’s Hardest Par 4 accolade. The contest wasn’t even close, with over 50 percent of the total votes going to a hole that measures a full 50 yards shorter than many of its fellow contenders. So why, at the comparatively modest length of 421 yards, is the closer at The Creek so notoriously challenging?

Simple really, the drive is fraught with danger, the approach shot even more so and once on the green, your task is far from complete. Add that to the fact this hole comes at the very end of a round, with the capacity to wreck even the most promising scorecard and it’s no wonder golfers pull up to this panoramic tee box with trepidation. With the prevailing wind blowing into and off the creek, a large percentage of tee shots end up in the waste sand to the right of the fairway, where only the cleanest strike has any hope of reaching the putting surface. With water front, left and right and three bunkers guarding the left, the fiendishly sloping green is often overlooked. 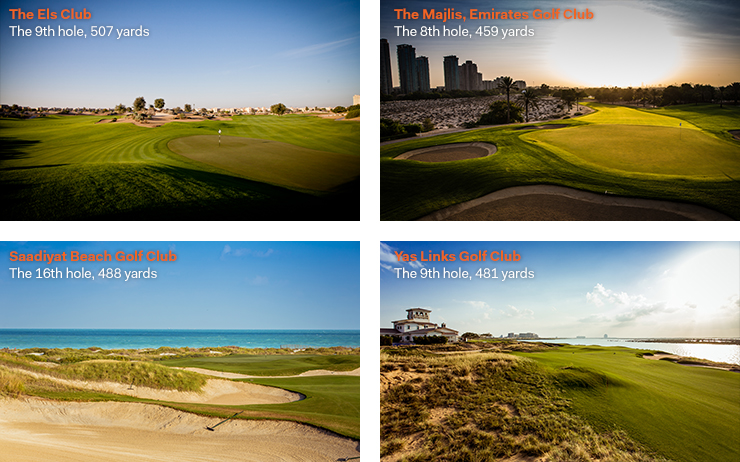 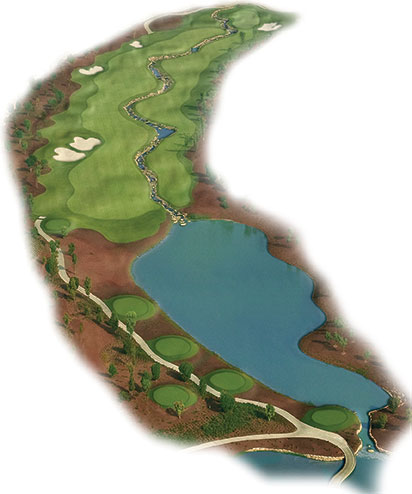 Ok, so the stars of the European Tour frequently birdie (and even eagle – ask Henrik Stenson and Alvaro Quiros) this dramatic closer to the DP World Tour Championship, but for us mere mortals, the 18th at the Earth Course is the very definition of the word brute. Let’s leave to one side the fact it’s longer than most of our drives to work. The winding creek that bisects the fairway (while simple to negotiate for calculating pros) tends to do funny things to a nervy amateur.

It’s one of those hazards that appears much more in play than it actually is, and therefore acts as a magnet for golf balls. Prominent on every single shot, this already notorious waterway has only been safely circumnavigated once your ball is lying motionless on the green. With a ridge that runs diagonally across the centre of the angled putting surface, even if you manage to get home in regulation, there’s often a three-putt waiting to atone for this unexpected result. Did we mention that it’s uphill all the way? 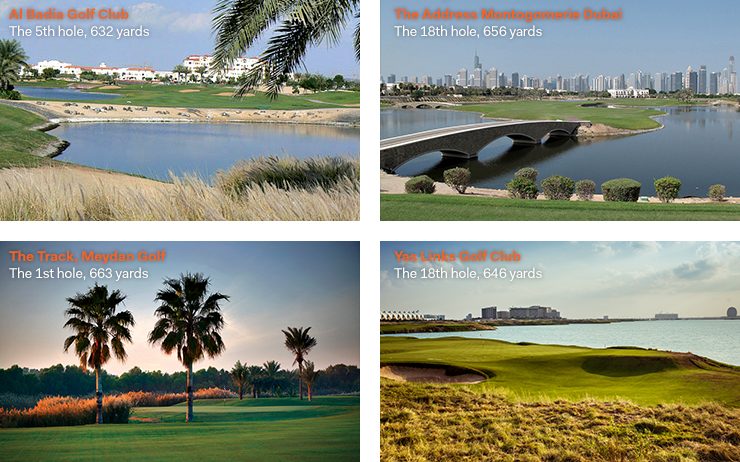 THE HARDEST COMPOSITE COURSE IN THE UAE
Made up of holes from around the country that appear at the same number as they do on their home scorecard, this par 70 layout comes in at a bushnell-busting 7,771 yards. They may be a constant source of anguish, but a par or better on any of these monsters is always something to cherish. 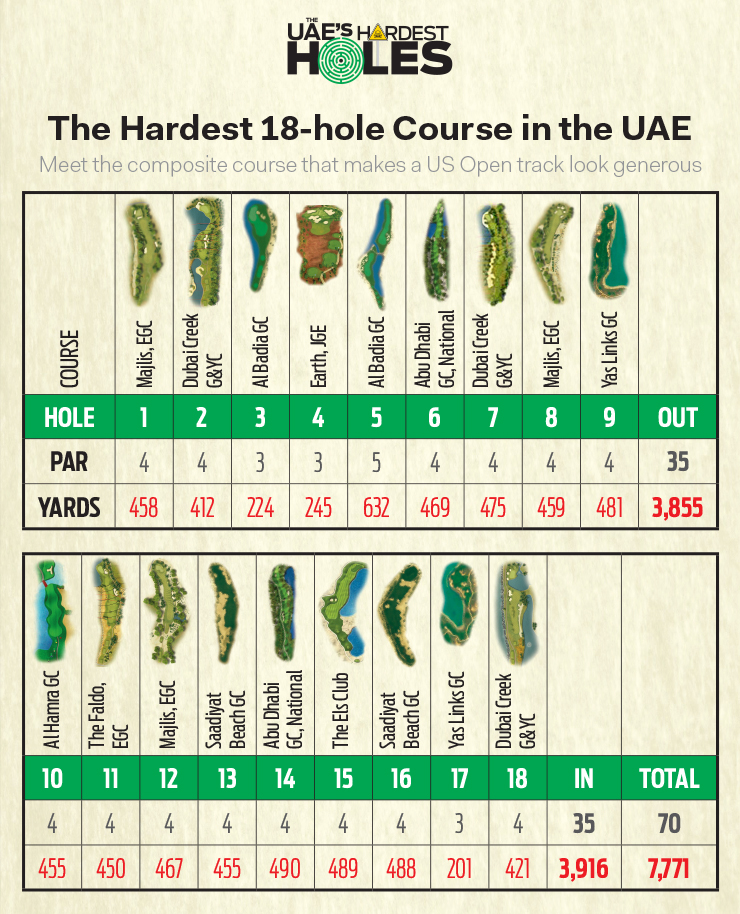