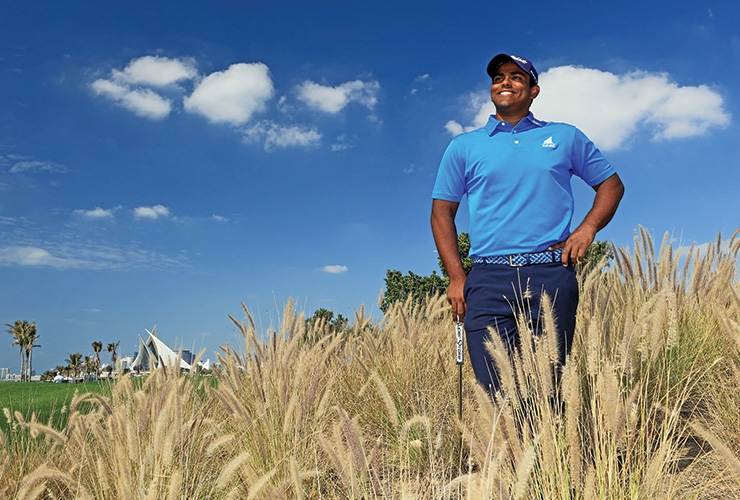 By Kent Gray
All going well, Rayhan Thomas will skip the opening day at golf’s ultimate finishing school. We’re not sure playing hooky on your first day as a freshman is the best way to impress the academic faculty at Oklahoma State University but suspect Cowboys men’s golf team head coach Alan Bratton won’t mind a jot.

August 19 is the beginning of the next step in Thomas’ thus far thoroughly impressive ascent to the sharp end of the professional game, the start of a four-year immersion in a celebrated collegiate program that has produced professionals the calibre of Rickie Fowler. August 19 is also the final day of the 119th U.S. Amateur Championship at Pinehurst Resort and Country Club. Reaching the 36-hole final in North Carolina is a long shot (Ed’s note: Thomas sadly opened with a 10-over-par 80) but be it fabled Pinehurst No.2 or famed OSU, Thomas can’t lose either way.

A reconnaissance mission to Stillwater, Oklahoma earlier this year certainly has the MENA Tour trailblazer fizzing for his next chapter, one that already includes two professional titles and a runner-up finish in last year’s Asia Pacific Amateur Championship.

“The trip when I went over to OSU was just fantastic,” the 19-year-old Dubai-based Indian recalls. “I spent two days there. The coach picked me up and took me straight to the golf club, checked that out. A fantastic facility, met the whole [golf club] team, I mean they’ve got some set-up there – no wonder they’ve been the best team in college golf for such a long time.”

The club of which Thomas speaks in such glowing terms is Karsten Creek. If the name is familiar, that’s because the Tom Fazio design was named after the late Karsten Solheim, founder of Karsten Manufacturing, or as it is more commonly known PING.

The brainchild of former OSU golf coach and current OSU Athletic Director Mike Holder, Karsten Creek opened in 1994 and has been home to the OSU golf program for the past 20 years. With its slick greens and a layout rated among the toughest in the United States, it’s a perfect place for Thomas to hone his game. So too is the program Bratton oversees; when OSU won it’s 11th NCAA Division 1 men’s title in 2018, Bratton became the first Cowboy to win collegiate golf’s top title as a player, assistant coach and then coach. 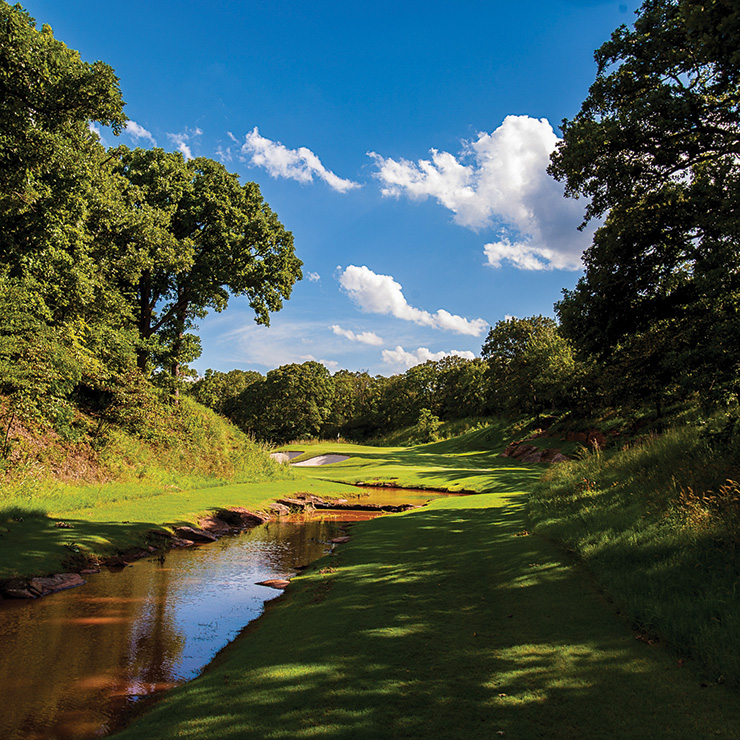 OSU was ousted in the semifinals by the Texas Longhorns in the most recent NCAA Div 1 Championship held in Arkansas in May. Thomas has been drafted in to help get the Cowboys back to where they belong (only the University of Houston with 16 has more NCAA golf titles) but making the five-man roster won’t be a cinch, even for a player ranked 14th in the latest World Amateur Golf Ranking. Quality and Oklahoma State go hand in golf glove; aside from PGA Tour fan-favourite Fowler, OSU’s alumni include Charles Howell III, Bob and Kevin Tway, Peter Uihlein, Hunter Mayhan, Bo Van Pelt, Scott Verplank, Morgan Hoffmann, Alex Noren and 1998 Open Championship runner-up Brian Watts. More recently, Viktor Hovland won the 2018 U.S. Amateur and finished low amateur in this year’s U.S. Open while Matthew Wolff kicked on from winning the NCAA individual crown by clinching his first PGA Tour title at last month’s 3M Open. The win was historic with Wolff becoming just the third player after Ben Crenshaw and Tiger Woods to win the NCAA title and a PGA Tour title in the same year.

“The system in OSU is that you’ve got to qualify for the team. There are stable spots for the No.1 and No.2 players but initially I’m going to have to work my way onto that team, prove that I deserve that top 5 spots [first] and [then] prove I deserve one of those stable spots,” Thomas said. “There are so many good players it’s going to be a grind just to get onto the team.”

Luckily the MENA Tour has taught Thomas the art of the grind, not to mention a bit of artistry as well. A year after becoming the first amateur winner on tour at his home Dubai Creek Open in 2016, Thomas famously equalled the world record for successive birdies – all nine of them – en-route to a course record-tying 61 and a runner-up finish.

“The Mena Tour has been huge to getting me to this point,” he said. “It’s meant a lot to me and is the reason I am where I am today with the amount of ranking [AWGR points] and opportunities to play in some big European [Tour] tournaments. I can’t thank the MENA Tour enough for allowing me to be part of their journey and them being part of my journey.

“We are certainly very proud of Rayhan’s accomplishments and wish him the very best on his journey through the collegiate golf program and tournaments in the USA,” said Johnson.

“There is no substitute for hard work and I know Rayhan has worked extremely hard on his game with some expert tuition and guidance from the team at the Butch Harmon School of Golf [now Claude Harmon 3 Performance Golf Academy Dubai at The Els Club].

“I also believe the MENA Tour events Rayhan played in have helped form part of his successful growth and enhanced his performance by competing against more accomplished and experienced players on a regular basis.

“He has an immense passion for the game balanced with a wonderful temperament which will only stand to serve him well as he embarks on his new adventure to Oklahoma State University, one of the finest colleges in the USA with an unrivalled golf program which has helped nurture and develop some of the biggest  stars of the game.”

Here’s hoping Thomas becomes another of those famous Cowboy graduates – even if he does miss the first day of school.