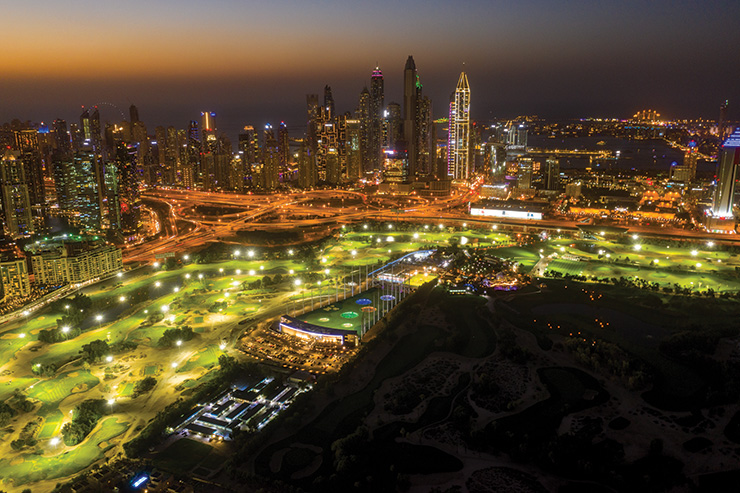 By Kent Gray
Any doubt that Topgolf Dubai would be the most significant advancement for the game since golf first meets grass in the Middle East – also at Emirates Golf Club – more than three decades ago evaporated within a fortnight of the arena’s grand opening.

More than 200,000 microchipped balls were whacked, with varying degrees of success but almost universal joy, at the facility on the club’s old Faldo driving range. Indeed, since the January 4 opening, on average 8500 players a week have passed through the doors, many of them newcomers to the game and some of them now under the spell of just one sweetly timed strike. That’s all it takes, as Dubai Golf CEP Chris May has already witnessed.

“It is hugely encouraging to see a wide cross-section of nationalities and demographics using the facility, many of them trying golf for the very first time. One particular success has been the large numbers of UAE Nationals really embracing it,” said May.

“This will be a huge step forward in bringing new golfers into the game and in time introducing them to the Par 3 courses in the city and ultimately turning them into golf members of the future.”