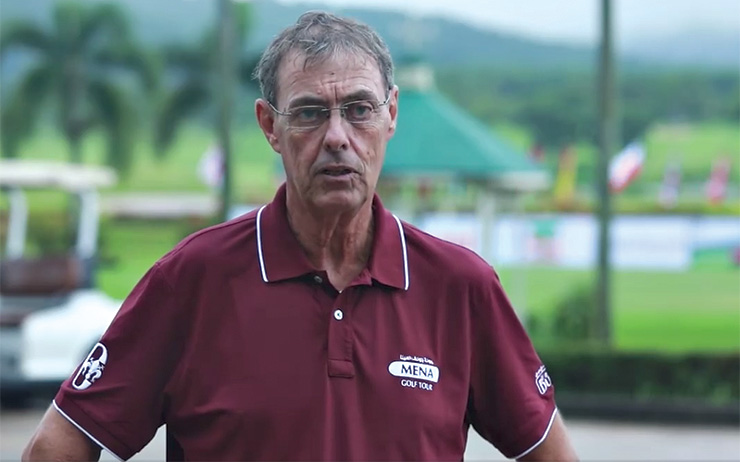 The MENA Golf Tour’s first 72-hole event will now be half that at best as officials face a race against time to complete the sodden Pattana Golf Championship in Thailand.

Some play was possible on the second day of the inaugural $50,000 event after a waterlogged Pattana Golf Club and Resort saw the abandonment of Tuesday’s opening round. But another deluge of rain shortly after the commencement of play saw tournament director Trevor Varri (pictured) pull the plug on Wednesday’s play.

“The course has not cleared, it’s still water-logged, we’ve had more rain since then and the course is still unplayable, so unfortunately the rest of the day we are not going to be able to get any further play so we’ve cancelled play today,” said Varri.

Play is scheduled to recommence – with the scores of the few players who did manage to start Wednesday null and void – at 7am (Thai time) Thursday. However the weather forecast has Varri worried for the fate of the flagship event of the tour’s Thailand swing.

“Hopefully we’ll get the play in tomorrow, the weather forecast is not great but we’ll do everything we can to prepare the course ready for play. The greenkeeping staff have been absolutely amazing and they’re working so hard all day and all night to keep the water off the course but we still see it coming down and it’s very, very difficult at the moment to foresee how we are going to conclude this tournament,” he said.

“There’s one or two options at the moment to try and get 36 holes completed at the least but it all depends really on what happens tomorrow [Thursday] so we’ll reassess tomorrow and hopefully we’ll get some play.” 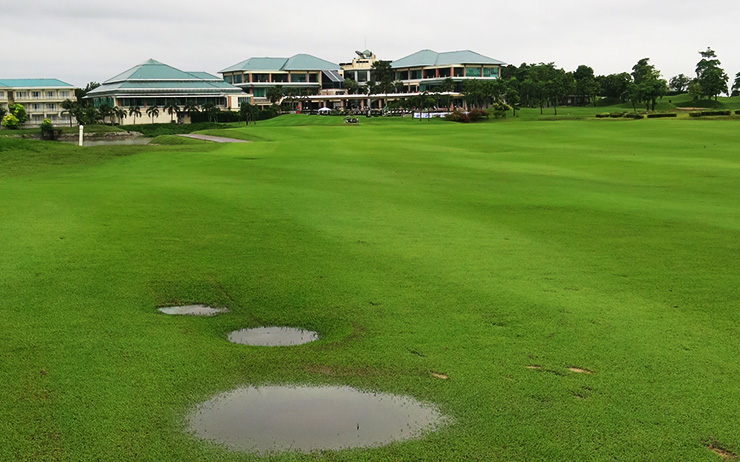 Varri has ordered a reverse draw so the early “starters” from the first two days “can get a bit of a lie in” because “they have been getting up at the crack of dawn”.

“This way we can spread the frustration around a little bit.”