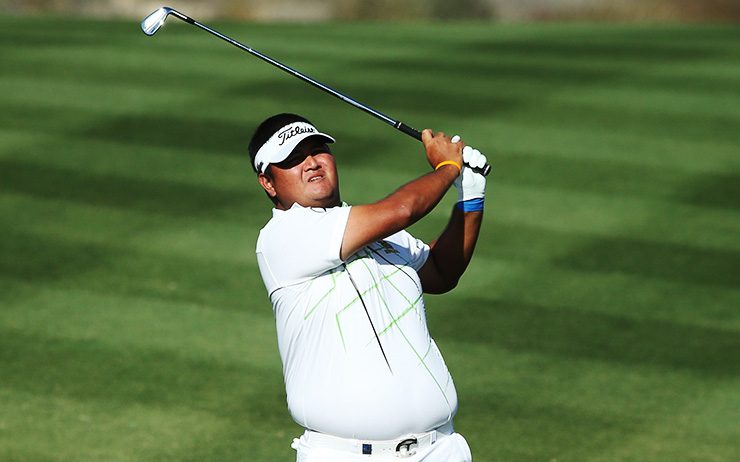 The 32-year-old Thai, nicknamed the ‘Big Dolphin’ courtesy of his burly physique, will tee it up in the Dubai-HQed Tour’s first 72-hole event at Pattana Golf Club and Resort in Chon Buri, a 135 minute drive south-east of Bangkok, from Tuesday.

He has one other Asian Tour title – the 2014 Yeangder Tournament Players Championship – and has played a total of 127 European Tour events since 2013, including qualifying for the 2011 Open Championship where he missed the cut at Royal St George’s.

The son of Suthepi, the first Thai to win the Thailand Open, Meesawat came closest to a European Tour breakthrough when he dipped out in a three-way playoff for the 2013 Hong Kong Open to a Miguel Angel Jimenez birdie in the first extra hole.

Ranked 307th in the Official World Golf Ranking (OWGR), Meesawat is one of 33 Thais in a field for this week’s $50,000 event including players from 25 countries. The Pattana Golf Championship is the climax to the MENA Tour’s three tournament Thailand swing and carries additional OWGR points given it is a round longer than the tour’s usual 54-hole offerings.

Switzerland’s Dubai-based Michael Harradine and Thailand’s Worathon Zeng will lead the challenge in the amateur division that has attracted nine entries. Harradine won amateur honours at last week’s Mountain Creek Open on on six-under 210 last week while Zeng had reigned supreme at the first Thailand swing event, the MahaSamutr Masters.

“We are very excited to be part of the MENA Tour. It will provide us with a great opportunity to showcase our championship course to a field which wears a global look,” said Rujirapun Juangroongruangkit, Executive Vice President of Pattana Golf Club.

Mohamed Juma Buamaim, chairman of the MENA Tour, thanked the Pattana Golf Club and Resort management for supporting the event, saying: “We couldn’t have asked for a better venue to stage our landmark 72-hole tournament. I am confident it will become a permanent stop on the tour.”