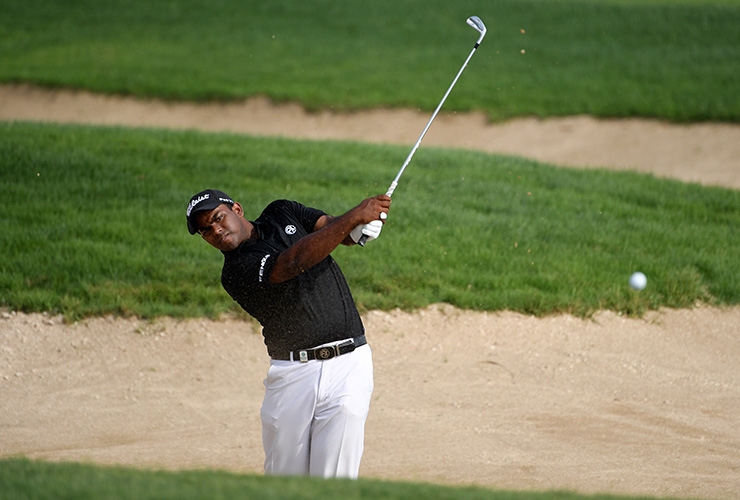 By Kent Gray
Thomas Pieters holds a two-shot lead after the opening round of the new Saudi International. Dubai amateur Rayhan Thomas, meanwhile, will forever hang on to a copy of the same Thursday leaderboard which sees four of the world’s top five players and a gaggle of other great names beneath him.

The 19-year-old Indian was unlucky to miss the cut at last week’s Omega Dubai Desert Classic by two strokes and showed why in King Abdullah City with a three-under 67 that sees him in a 15-way share of 16th place alongside such luminaries as American Ryder Cup hero Patrick Reed, former Desert Classic champion Haotong Li, past Abu Dhabi winner Pablo Larrazabal and big-hitting Kiwi Ryan Rox.

What made Thomas’ round all the more impressive is that he teed off late when the breeze off the Red Sea made scoring more difficult. He opened with a birdie and immediately responded to a dropped shot on Royal Green’s par-3 3rd with back-to-back birdies to go out on two-under 33. A birdie on 17 in an otherwise blemish-free back nine sees world No.1 Justin Rose (level par 70), world No.2 Brooks Koepka (-1, 69), world No.3 Dustin Johnson (68, -2) and the new Desert Classic champion, the world No.5 Bryson DeChambeau (68, -2), looking up at him.

Pieters post-round comments emphasised the quality of Thomas opening gambit which eclipses the 68 he shot en-route to making his maiden European Tour cut at the 2017 Desert Classic as his lowest score on tour.

“I hit my wedges and short irons really close to the hole,” said the three-time European Tour winner after securing just his second opening round lead on tour. “I think I had maybe 10 good chances for birdie and made seven of them. 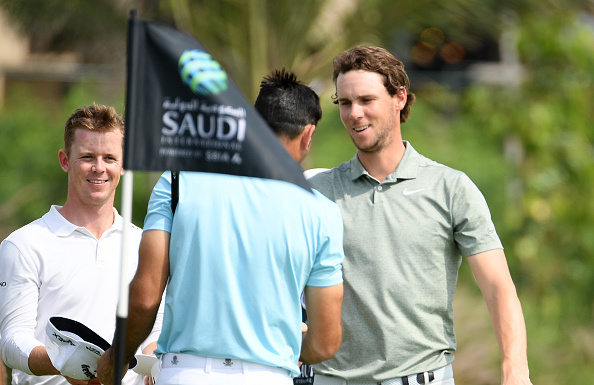 Thomas, playing in the company of, and clearly feeding off Lombard, is first off Royal Greens’ 10th tee on Friday and will be hoping to take advantage of the easier scoring as he eyes a second European Tour weekend.

“I played solid and hit a lot of good drives and iron shots,” Thomas told the Times of India. “The putting also gave me confidence. Overall it was a good day and I need to build on it.

“The wind should be down and morning scores are likely to better.”

Other names of note behind Thomas are Ian Poulter, Henrik Stenson and Paul Dunne (all 68), former Masters champion Sergio Garcia (69) and Ernie Els (70).

Thomas enjoys a six-stroke advantage over the next best amateur in the field after Jordan’s Shergo Al Kurdi carded a 73. The two other amateurs, Saudi’s Saud Al Sharif and Abdulrahman Al Mansour signed for rounds of 79 and 83 respectively.

Saudi Arabia’s first professional Othman Almulla endured a tough first round in the paid ranks, mixed eight bogeys, two doubles and two birdies in a 10-over 80 to be tied 130th in the 132 man field.

After early struggle, the real Phil Mickelson returns with a back-nine paved in red