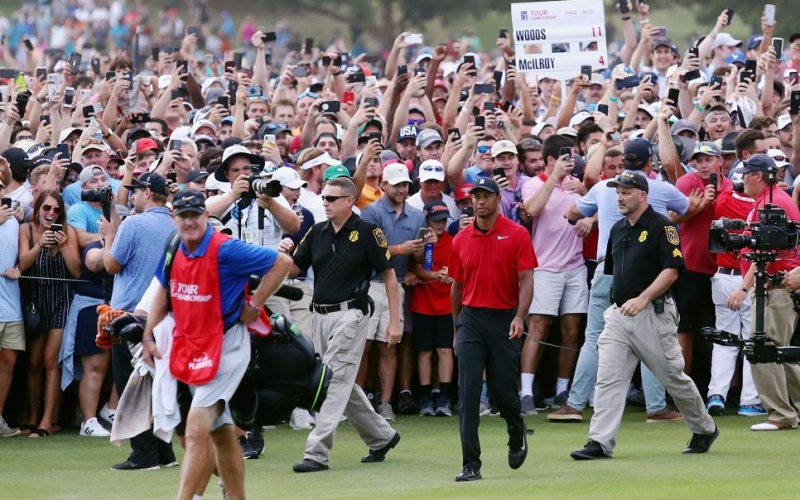 By Joel Beall
The PGA Tour’s three playoff events announced Monday they will be conducted without fans.

In three separate statements, the Northern Trust, BMW Championship and season-finale Tour Championship confirmed the 2020 postseason will go forward sans spectators. The Wyndham Championship, which serves as the regular-season finale, also announced fans will not be allowed on its grounds.

“As we have said from the start, our No. 1 priority remains the health and safety of everyone in the communities where we are invited guests each week,” said PGA Tour chief tournaments and competitions officer Andy Pazder with the BMW’s decision. Added Allison Fillmore, executive director of the Tour Championship: “These decisions are never easy, and we would like to thank the city of Atlanta and PGA Tour headquarters for their extensive collaboration as we arrived at what was the best decision for all involved with the TOUR Championship and the community.”

When the tour announced its return from the coronavirus pandemic, only the first four events—the Charles Schwab Challenge, RBC Heritage, Travelers Championship and Rocket Mortgage Classic—were prohibited from having galleries. That grew to five when the John Deere Classic was canceled and replaced by the Workday Charity Open. This week’s event, the Memorial, was supposed to be the tour’s welcome back for its fans.

However, due to the ongoing spike in COVID-19 cases, tournament officials at Muirfield Village decided to switch course last week and continue with the trend of fan-less competitions. Additionally, the 2020 Ryder Cup was postponed, as players and tournament officials believed the exhibition wasn’t worth playing if fans couldn’t attend.

The focus now turns to the 2020 U.S. Open. USGA officials have not ruled out fans attending the proceedings at Winged Foot, beginning on Sept. 17.