PGA Tour players react to Steph Curry’s opening-round 74: ‘Very cool what he did’ 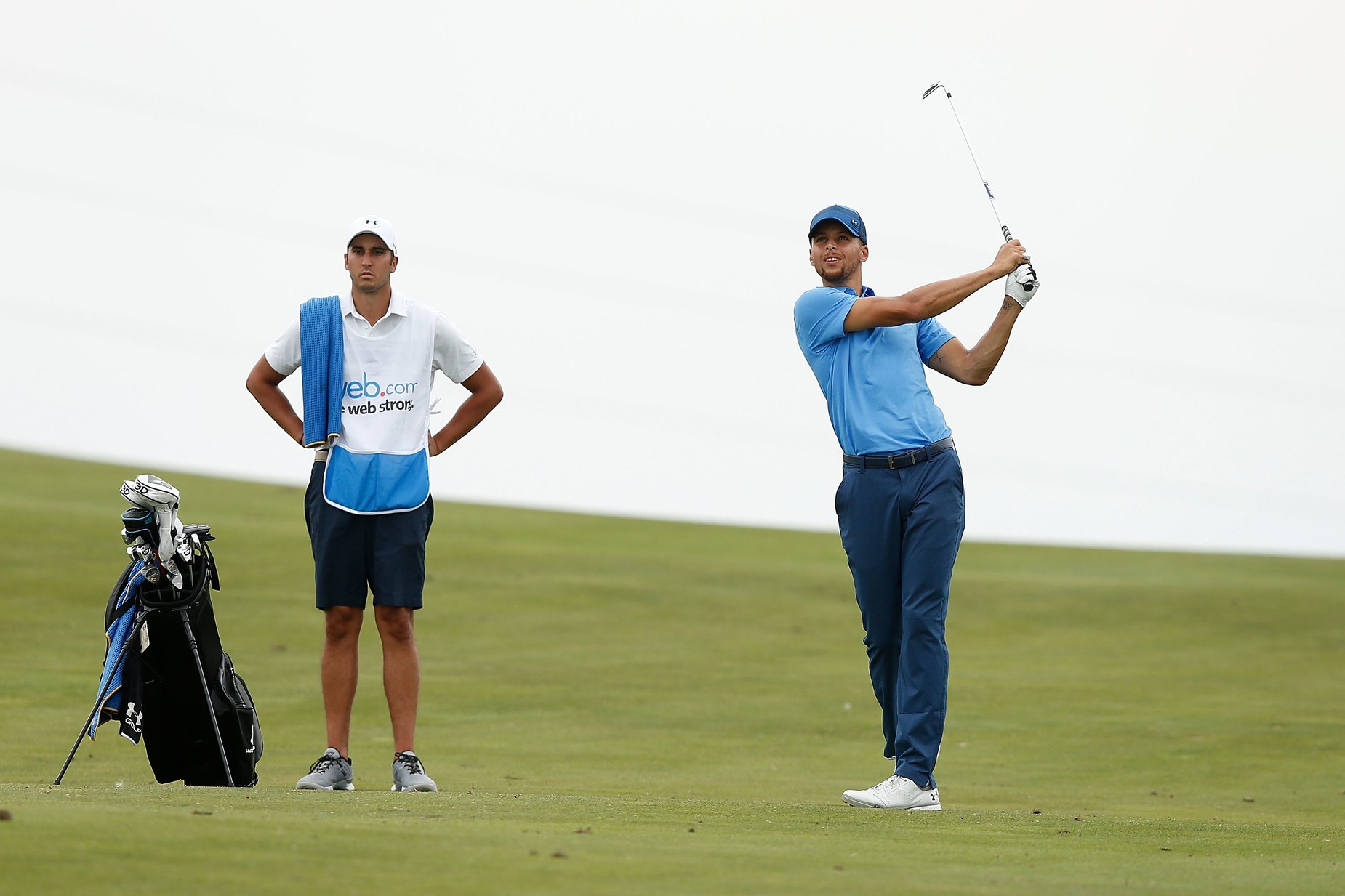 By Alex Myers
A 74 isn’t worth much in a professional golf event, except when NBA guard Steph Curry shoots it.

Playing on an unrestricted exemption at the Web.com Tour’s Ellie Mae Classic, the two-time league MVP acquitted himself well on Thursday with a four-over-par 74 at TPC Stonebrae in Hayward, Calif. Curry’s performance exceeded the expectations of most observers and impressed the PGA Tour’s top players competing this week in the WGC-Bridgestone Invitational.

“That’s a good score. Very impressive,” said former World No. 1 and Masters champion Adam Scott. “There aren’t any pro golfers shooting 74 going into an NBA game, that’s for sure.”

The decision by tournament officials to grant the exemption to Curry, an all-star guard for the NBA champion Golden State Warriors, drew both criticism and kudos. Those in support argued it would bring more attention to the game, while critics said he was taking a spot from an aspiring professional. That brought even greater scrutiny to Curry, but he responded with a respectable round.

“To play that well with the kind of pressure he must have been under is very impressive. It’s cool what he did,” said Rickie Fowler. “I’ve never been thrown in a situation where I’ve had to perform at the highest level — or one of the highest levels — competing in another sport. There may be a couple of athletes on the PGA Tour, maybe Dustin Johnson or Gary Woodland, who could look athletic on a basketball court, but they aren’t going to play to the level that he did as a golfer.”

Zach Johnson said he could see both sides. “I’ve heard both sides of it. Is he taking a — I don’t know, I don’t know if he’s taking a spot. Is he taking a spot to a guy that potentially could use that down the road? I don’t have any idea, I don’t know how that crunches. But I also see the positive in that a brings a pretty awesome light to the tournament, which brings huge light to the charities, the sales. There’s definitely a lot of positives there, too. And it’s one guy, one week. My assumption wouldn’t be every year, but I don’t fault him. It’s not his fault they offered it to him.”

Bill Haas, meanwhile, was intrigued., “His dad [Del Curry] was actually my favorite player growing up,” Haas, a North Carolina native and Charlotte Hornets fan, said “He liked to shoot it and I liked to shoot it, so I’ve been a fan of their family for a long time. It was news to me he was getting a start so it was fun to see him playing. I’d seen some stats about other athletes who had not done well in a similar situation scoring-wise … the average was like 79, so for him to shoot 4 over is really good. If I was to try to lace them up I would look like a 100 shooter by comparison on the basketball court. This is the only sport where something like this can happen.”

Haas said he made a point to look up Curry’s round. Paul Casey, likewise, was intrigued enough to check out the Web.com Tour scores.

“I looked it up. It’s very cool what he did,” Casey said. “I was asked yesterday if I thought he could break 80. That’s a hand grenade question. But whatever he shot, he hit it good, under pressure, really good. I heard he was a good golfer.