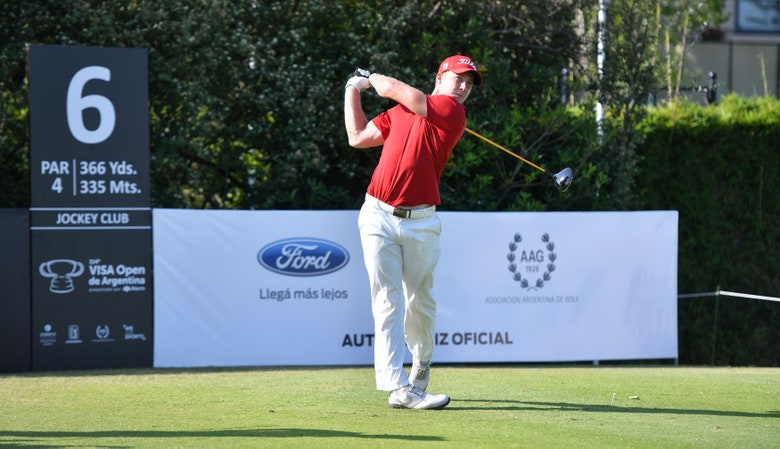 Enrique Berardi
Victor Lange during the first round of the 2019 PGA Tour Latinoamerica Open de Argentina.

By Ryan Herrington
The first known tour pro has been diagnosed with COVID-19.

Victor Lange, a 26-year-old on the PGA Tour Latinoamerica, was tested on Sunday in his native South Africa and received word that it had returned positive on Tuesday, according to the PGA Tour.

“In speaking with Victory, thankfully, he has no symptoms and is expected to make a full recovery,” read a statement from Tour. “We have offered our support as he recovers under quarantine and with medical supervision at his home in Johannesburg, South Africa, and Victor has relayed his gratitude toward fellow players and fans who have offered words of concern and encouragement.”

RELATED: How golf clubs are adjusting (and readjusting) to find a role amid the coronavirus crisis

Lange had competed in Mexico March 5-8 at the Estrella Del Mar Open, where he finishing T-51. He returned home on March 9 and took the coronavirus test as a precautionary measure while taking a friend to a doctor’s appointment unrelated to the coronavirus.

The Tour has proceeded to alert those he may have come in contact with during his one start on the PGA Tour Latinoamerica.

Lange., who played college golf at Louisiana Tech and turned pro in 2016, is 1,215th on the Official World Golf Ranking. In three starts in 2020, he has made the cut twice, finishing T-29 at the Eye of Africa PGA Championship in January.