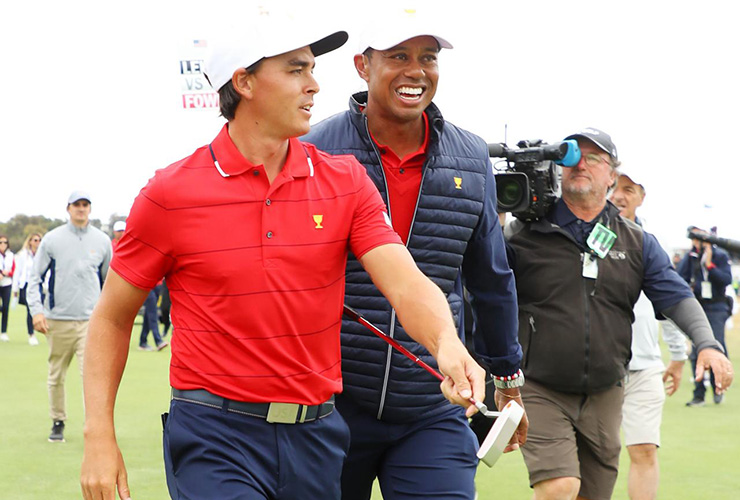 By Daniel Rapaport
There are 244 players listed in the current FedEx Cup points standings. The PGA Tour’s new $40 million bonus pool for high-profile players, dubbed the Player Impact Program, will impact only 10 of them. It is, in theory, a way to reward the biggest movers of the proverbial needle without taking anything away from the “other” 234 players in the tour ecosystem.

“It doesn’t really matter to me,” said one top-50 player of the program, details of which were first reported on Tuesday by Golfweek. “Good for the big guys, doesn’t matter to the little guys. Maybe if I win a major, I’ll have a chance.”

This, essentially, is the best reaction the tour could hope for. But the highly unusual formula to determine the players who will receive the money, and the unprecedented nature of the tour paying members for what is only tangentially related to their on-course results, drew mixed reactions from players across the Q-score and Meltwater Mention spectrum.

Those terms, by the way? Get used to them. They’re part of an algorithm the tour will use to rank players on their “Impact Score.” The goal, a PGA Tour spokesman told Golf Digest, is to “recognize and reward players who positively move the needle.”

The five criteria to identify these players are as follows:

Noticeably absent from the criteria is any direct measure of on-course success. The initial report mentioned FedEx Cup standing would be incorporated into the calculations, but the PGA Tour confirmed it was not actually part of the formula.

A program of this kind had been in discussion for multiple years, and the Player Advisory Council always understood the value in rewarding the tour’s highest-profile players.

“I had no issue with it,” Billy Horschel, a PAC member, told Golf Digest. “When you look at it, there’s maybe 10 to 30 guys that really push the tour and bring in the money, have a transcendent personality, get a lot of attention. They’re the reason we play for as much as we do. We don’t reward mediocrity.”

The actual implementation of the program is widely seen as a response to the Premier Golf League, a potential rival to the PGA Tour that garnered significant attention in early 2020 with the promise of offering a guaranteed-money structure to entice away top players. But the upstart venture, which was backed by Saudi Arabian financiers, lost steam when several stars—led by current PAC chairman Rory McIlroy, the first marquee player to publicly denounce the PGL—pledged loyalty to the PGA Tour.

“There’s a little bit of envy [among the rank and file membership],” said one multiple-time PGA Tour winner about the program, which has been in place since January. “That it’s not fair, that it’s using $40 million not to better our game or our sport or the tour, that they’re just giving $40 million to the top 10 players to prevent them from playing in another league, which is the absolute worst reason to do it. If you want to give it to them because they deserve it that’s one thing. To do it to prevent them from making an irrational decision, I feel like is the wrong reason to do it.”

Multiple players competing in this week’s Zurich Classic were asked their opinion of the program.

“I think you do want to incentivize the top players to create content,” said Justin Rose, who reportedly would have been inside the top 10 had the program been in place in 2019. “It’s very easy for the top players to say no because it doesn’t serve them. So if you are looking at content creation—that’s where it’s coming down to these days. So if it serves the fan and if it serves the game of golf, and it gives the guys a much better reason to say yes to something, then it’s probably a good thing for everybody. Hopefully that’s the way it’s intended.”

Surely, the tour would like more of its stars to be more active on social media and engage with fans more frequently. Players like Max Homa and Joel Dahmen have built outsized interest based largely on their digital followings. But the notion of being constantly online, of providing more access into their personal lives, does not sit right with more private players.

“I can speak for both of us,” said World No. 5 Xander Schauffele, referring to himself and Zurich partner/World No. 10 Patrick Cantlay. “We’re maybe a bit old school when it comes to that. I’m not on my account. I don’t even think … my brother helps run my account. Pat doesn’t even have Instagram on his phone. Neither do I anymore, so we’re hard to reach on there.”

There’s also the tricky business of trying to determine what qualifies as positive engagement and what doesn’t. It’s believed that the tour will have a mechanism for filtering out negative exposure, which would seem to fly in the face of the adage that any press is good press.

“I hope this doesn’t cause players to try to force themselves to be popular either unnaturally, or in a negative light to get their ‘rating’ up so they get more money,” said Harris English, winner earlier this year at the Sentry Tournament of Champions.

For players farther down the FedEx Cup list, the program gives off a rich-getting-richer vibe.

“I understand why the tour is trying to pay the top stars more and keep them happy,” said Parker McLachlin, who sits at No. 244—dead last—in the FedEx Cup standings. “That said, the program seemed to hit a few wrong notes in my mind. Looking at the Korn Ferry Tour and seeing guys out there who are top 50 on that tour and barely breaking even with expenses, and then watching current KFT player Will Zalatoris finish second at the Masters, I feel like it should be the right time to raise the minimum purses on that tour to $1 million.

“It would take a fourth of the money the tour is spending on its stars and allow its future stars to not starve on the way to stardom.”

It remains to be seen whether the program will incentivize players to change their behaviors or priorities. Much of that burden, it would seem, will fall on their agents or representatives in charge of cultivating a brand.

“I feel at this point that I would be better spending my time on trying to make birdies and getting my game in shape rather than figuring out what to do to try and impact on that side,” said Henrik Stenson.

And while there are certainly some players whose Q-scores outpace their golf scores, there seems to be a general sense that an age-old tour-ism once again applies: winning takes care of everything.

“It’s not gonna change anything that I do,” Horschel said. “If I break in, it’ll barely be in top 10 and I’m gonna have to do that with playing great for a period of time. I’m not going to enhance my social-media presence by doing more or less. If I play well, then that can happen. But I have to do it with play. That’s how [the top guys] have done it. That’s why they have the presence and the following they do. Because they’re great players.”

As the LPGA season heats up, an intriguing race for World No. 1 is brewing