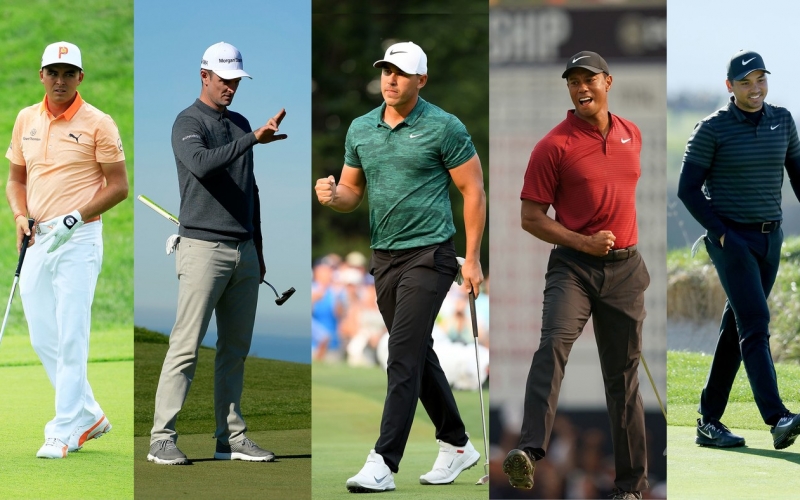 By Brian Wacker
With the coming and going of the Masters, the major season is in full bloom. A year ago, we’d still be waiting another month for the next one. Not anymore.

“Yeah, it is different,” Justin Rose said. “Different for sure.”

This year’s PGA Championship isn’t the first to be played in May. That happened more than 80 years ago, in 1937 when Denny Shute successfully defended his title by beating Jug McSpaden in 37 holes at Pittsburgh Field Club in the then match-play tournament.

Three more times the PGA would be held in the calendar’s fifth month, the last in 1949. It wasn’t until 1972 that the PGA of America eventually settled into an August date for the championship (won that year by Gary Player at Oakland Hills outside Detroit), where it remained until a larger revamping of the PGA Tour schedule this year, which included ending the season in August and returning the Players Championship to March and moving the PGA to the second major of the calendar year.

So what to make of the PGA’s move to May?

Let’s start with how it impacts the way players prepare for the tournament itself. Tiger Woods and Phil Mickelson both showed up a week early at Bethpage Black, if that’s any indication. Save for the odd trip to a unfamiliar venue, that kind of prep for the PGA Championship was previously rare for the game’s top players, especially with a World Golf Championship event scheduled the week prior for the last several years the PGA was in August along with a crush of other big tournaments after.

“It’s not like before, when the PGA just sort of happened to be after the Open,” Rickie Fowler said.

Indeed. The new schedule has caused several players to alter preparations for the championship.

Take Rose. Following a stretch that included two wins, two runners-up and two third-place finishes in a 10-tournament span to climb to No. 1 in the world, he took a five-week break early in 2019 to re-energize. He came out flat during the Florida swing, though, and ended up missing the cut at the Masters for the first time in his career.

“I think I got my preparation a little bit wrong,” he said. “I did something different this year, I went to Sage Valley and practiced there for three days, Friday, Saturday and Sunday. Went and played nine holes at Augusta on Sunday evening. I think it all felt like it was a really long run-up.” 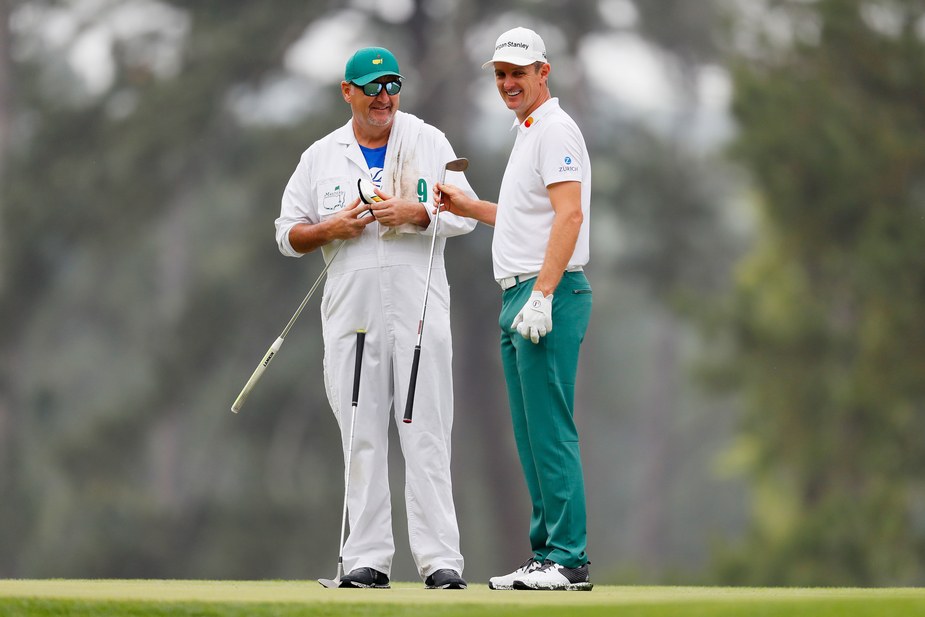 Kevin C. Cox/Getty Images
Rose took a new approach to the major season entering the Masters, but his first career missed cut at Augusta National had him rethinking his plan.

Rose added that he initially looked at this year’s majors in 10-day blocks, with the plan of arriving a few days before tournament week began and working his way into the flow of the week. But when that didn’t pan out at the Masters, it was time to reconsider. His plan for Bethpage: Arrive in the middle of this week before returning home to the Bahamas and then back to New York once the tournament rolls into town, something he wouldn’t have been able to do a year ago when the WGC-Bridgestone Invitational took place the week prior.

He’s not the only one making adjustments because of the new schedule.

Absent from last week’s Wells Fargo Championship was Woods, who has rarely missed the event when healthy. But winning the Masters for his 15th career major and first in 11 years left the 43-year-old exhausted, physically and mentally. With just four weeks between majors, he didn’t have adequate time to reflect and rest. Skipping Quail Hollow means that he’ll arrive at the PGA having not teed it up between majors for just the seventh time in his career.

There are others following suit, too.

Justin Thomas, who won the PGA two years ago at Quail Hollow, also took a cue from Woods. He pulled out of the Wells Fargo as a precaution because of a wrist injury and isn’t teeing it up between majors, either. Ditto seventh-ranked Bryson DeChambeau.

World No. 1 Dustin Johnson hasn’t played since the week after the Masters, at the RBC Heritage, where he had a chance to win going into Sunday until shooting 77 in the final round. Same for Francesco Molinari and Xander Schauffele, neither of whom have played a tournament since that week in Hilton Head.

With a major every four weeks, instead of the two-month gap that previously existed between the Masters and the second major of the year (the U.S. Open), players are attempting to find the proper balance between recharging and playing.

Last year, Fowler was battling an oblique strain during the PGA, a product of a lot of wear and tear in a short time, he said. The right amount of rest, and reps, he said, is something he is cognizant of this year, which is why he has only played once since the Masters.

Not everyone has scaled back, though.

Defending PGA champion Brooks Koepka is playing the week before the PGA, and he played in New Orleans two weeks after the Masters. The 28-year-old prefers it this way.

“I like the fact that everything is so congested, or feels that way, from the Players in March to basically when the Open is done in July,” he said. “You’ve seen guys get hot, and they go for four months where they just play some incredible golf, and hopefully I can set myself up to do that.” 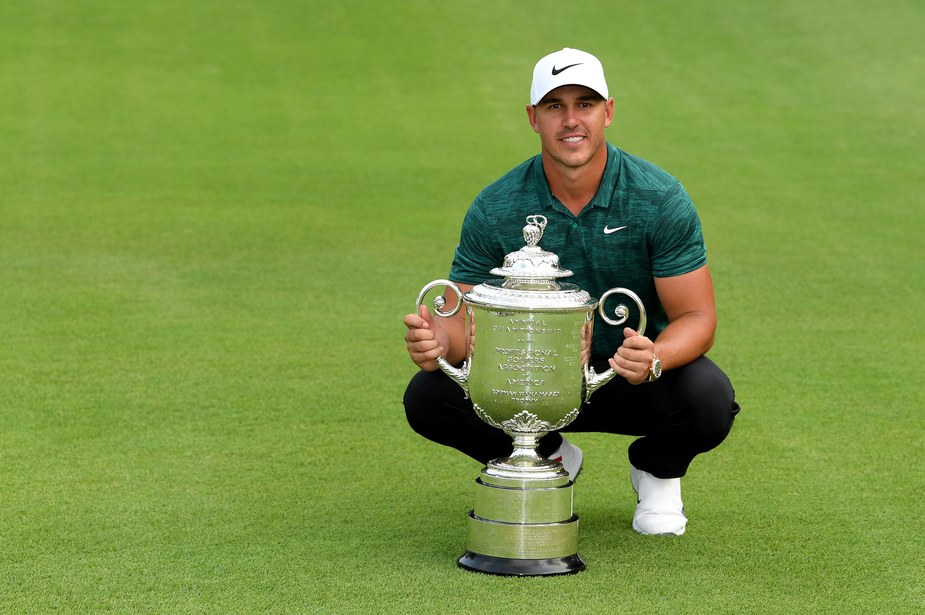 Ross Kinnaird/Getty Images
Koepka likes the tight schedule of majors, thinking that if you can get hot during that time you can walk away with some hardware.

Koepka’s off to a good start. He finished in a tie for second at Augusta National.

Similarly, Rose and Rory McIlroy have played just once between majors. Jason Day, on the other hand, played twice, in New Orleans and at Quail Hollow.

“It’s definitely not glory’s last shot anymore,” Day said, a reference to a former tagline when the PGA was the last of the year’s four majors. “But I like how kind of bunched they are because you’re not taking time off with regards to taking two or three weeks off, unless you’re Tiger, but I’m able to play a lot more and actually kind of hopefully play my way into [playing well].”

There are other differences, too. Notably, the weather and course conditions.

When Bethpage Black hosted the U.S. Open in 2002 and 2009, the rough was notoriously thick and long, a product of the USGA setting up the course but also the time of year. Cooler conditions in the northeast haven’t allowed for as much rough to grow in just yet.

“The PGA isn’t going to have as much control over how the course can play,” Fowler said. “We might not have warm temperatures. It could feel more like a British Open versus a typically hot PGA Championship.”

Then there’s what no one could have predicted when the PGA Championship announced two years ago that it was moving to May: Tiger winning the Masters the month before the PGA’s first year with the new date.

Instead of having to wait two months to see Woods try to win another major, fans only have to wait one. And the PGA is the beneficiary.

“Who could have ever forecast that the PGA Championship would walk into Year One of this coming on the heels of one of the greatest moments in the history of the sport?” said CBS’ Jim Nantz, who will call the event for the network. “So the PGA Championship definitely hit the lottery with the move in 2019.”

“We were very excited about the May change before Tiger made his fireworks in Georgia in the sense that we think it’s just a better cadence for the whole season, as well as for ourselves,” Waugh said recently. “We really look forward to every year having the same momentum, or I don’t know if we could have the same momentum and count on him [Woods] forever, but that momentum from the Masters into the PGA is extraordinary.”