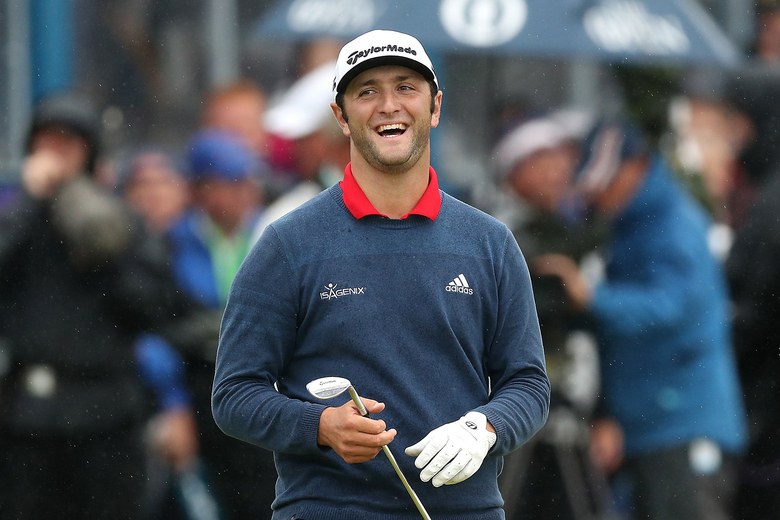 There have been no shortage of creative shots pulled off at this week’s PGA Championship. Rory McIlroy used a cart path to save par, Louis Oosthuizen turned into a contortionist to hit a green in regulation, and Jason Day–never mind, Jason Day definitely did NOT pull off whatever it was he tried to do on the 18th hole on Saturday.

But on that same hole on Sunday, Jon Rahm took a turn at a trick shot of his own. After his approach shot ended up near the creek, Rahm decided that rather than take a watery stance or hit one lefty, that he would hit his third shot backwards. And incredibly, he found the green with a shot of about 50 yards. Check it out:

Yep, Jon Rahm is probably better at hitting backwards shots than you are at hitting regular shots.

Unfortunately, Rahm didn’t hole the par putt, but he still provided fans with the most entertaining bogey of the week. And the best part is that he didn’t waste everyone’s time by taking off his shoes and socks to go into the creek. Very considerate, Jon. With the way pace of play was on Saturday, the last few groups need all the daylight they can get.

RELATED: You have to see this backwards trick shot to believe it