PGA Championship 2017: Jason Day thanks Dustin for ‘most clutch’ thing anyone’s ever done for him 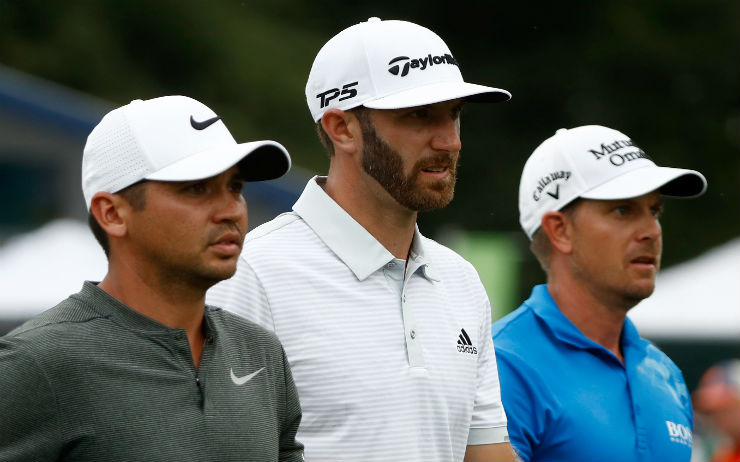 By Christopher Powers
Despite some struggles with closing early in his career, Dustin Johnson has proved to be pretty clutch. If last year at Oakmont wasn’t enough vindication, his three consecutive victories this season definitely did the trick.

According to Jason Day, that pales in comparison to what DJ did for him late on Friday at the PGA Championship. While walking up the 17th hole at five under on the round, Day realized his group was up against the horn that would eventually suspend play due to darkness.

RELATED: The winners and losers from Day 2 at the PGA Championship

“We were walking up, and we were talking about if we could get a tee shot on 18, we could finish the round,” Day said.

By rule, once the horn is sounded, players are allowed to finish the hole they are currently playing if they choose. But Day, a thorough player, had some work left to do at the difficult par 3. That’s where Johnson stepped up and volunteered to finish quickly at 17 and run over to 18 and get a ball in the air.

“That’s the biggest, or most clutch thing I’ve ever seen anyone do for me,” Day said.

He has a point. For the World No. 1, in a major championship mind you, to help out a guy who is beating him by seven shots, that’s definitely a clutch move. And obviously, Day had to bro hug him for it.