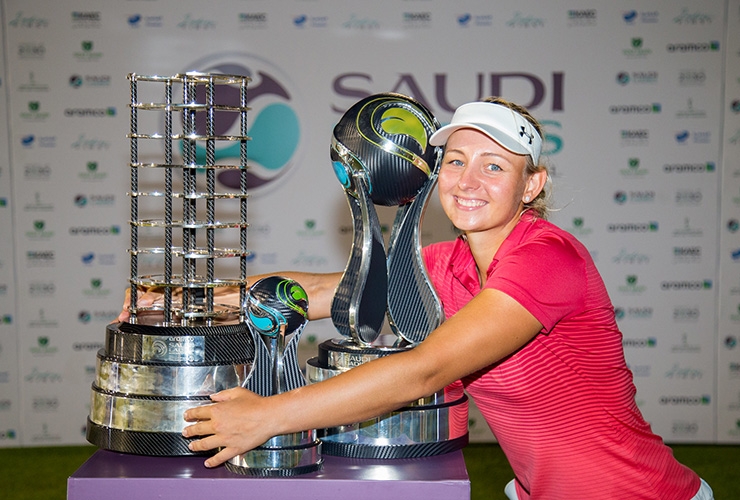 By Kent Gray
While most of the rest of us would happily press fast-forward to get this challenging year over and done with, Emily Kristine Pedersen understandably is in no rush to see the back of 2020.

“It’s been a strange year for all of us with COVID but while everyone’s saying it is the worst year, I’m having the best year ever, so that’s a little weird but I am really happy,” said Pedersen.

Thursday’s celebration was a far cry from her week in Dubai when she opened the OMEGA Dubai Moonlight Classic with an 82, eventually finished T-41 in the 56-strong field and quickly figured out she was putting too much pressure on herself as the spectre of becoming LET No.1 loomed.

“I obviously really, really like the course here,” Pedersen said of Royal Greens. “Our tactics were great for the two weeks and we stuck to it. I can’t believe what’s happened this season. I was confident I could get back to where I was but I couldn’t imagine that it would be like this.”

Team Pedersen, consisting of Michele Thomson (Scotland), Cassandra Hall (South Africa) and talented English amateur Matt Selby snatched victory in the team event with Hall’s clutch birdie on the closing birdie getting them to -40 for the 54 hole event. 40-under par and a share of $97,500 for the professionals. 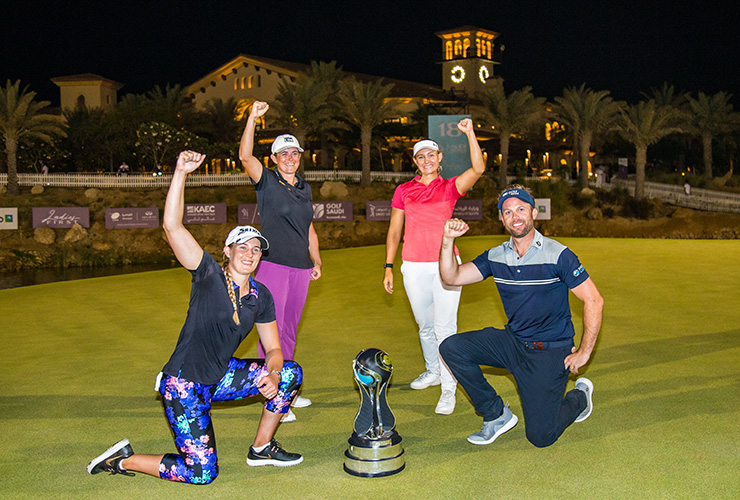 “It’s been unbelievable, I was absolutely delighted when I heard Emily picked me,” said Thomson who shared in a third of the $97,500 prize for the professionals.

“She’s one of the best players I think I’ve ever played with and we just wanted to make some birdies out there today. Although I am about 10 years older than her, I have learnt a lot from her and I’ve gained a great friend this week.”

Outstanding 19-year-old Kyriacou capped an impressive Saudi Arabian display by setting a new course record with a brilliant 63 that included two eagles and five birdies. The Australian, who started 2020 in the amateur ranks, has now all but sealed the LET Rookie of the Year title. “It was obviously a great day,” said Kyriacou. “I started with a birdie, wanted to keep the momentum going then holed out on the 14 and then chipped in on the last for eagle which was a great way to finish the year.

“I hadn’t thought about the Rookie of the Year title until my friend told me about it and then was like, ‘That’s cool, it would be great to win’. It’s a once in a lifetime opportunity.”

“This has been an historic time for Saudi Arabia and women’s golf, and we could not be prouder. I am confident this won’t be the last we hear of exciting team formats in the professional game.”