Patrick Rodgers, having survived ‘a really tough year,’ opens Wyndham Championship with a 63 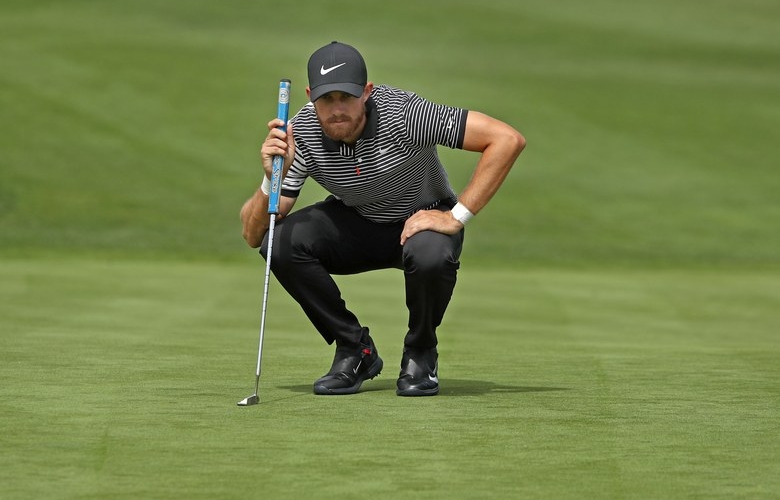 Rodgers lines up a putt on the first green during the second round of the Barracuda Championship at Montreux Country Club on July 26, 2019, in Reno, Nevada. (Photo by Marianna Massey/Getty Images)

By Dave Shedloski
Patrick Rodgers has endured a season of torture. But unlike a lot of his peers who showed up at this week’s regular-season finale, the Wyndham Championship, fighting for their playing status next year, Rodgers doesn’t have to worry about that.

But that hasn’t made things easy on the former Stanford All-American.

First, he fired weekend rounds of 61-62 in the RSM Classic in November in a bid for his first PGA Tour title only to lose in a playoff to Charles Howell III. More recently he was forced to spend 16 weeks on the sidelines with wrist and thumb injuries while watching his place in the FedEx Cup standings drop each Sunday night.

But had it not been for that career-best finish in Georgia, Rodgers would have been fidgeting on his sofa a bit more nervously. When he shut it down after a missed cut at the Valspar Championship in late March, he was 38th in the FedEx Cup standings. He showed up this week ranked 96th, well inside the top 125 that ensures retaining his card.

“It’s been a tough year. It’s been a really tough year,” said Rodgers, 27, the top collegiate golfer in 2014. “I didn’t really know what was going on with my injury for a couple of months, and I just kind of had to sit and watch myself fall down the FedEx Cup. After getting off to such a great start, that was frustrating. But it’s really nice the way the FedEx Cup is formatted, you can make a nice little run here late in the year and that’s my intention.”

That run got off to a halting start with a missed cut at the Barbasol Championship and a T-59 finish at last week’s Barracuda Championship, but he seems back on track after an opening seven-under-par 63 Thursday at Sedgefield Country Club in Greensboro, N.C., his best round since that closing 62 at the RSM Classic.

That effort put him one stroke behind leader Byeong Hun An and Sungaje Im.

Among the tour’s putting leaders, Rodgers converted eight birdies against one bogey thanks to holing more than 160 feet of putts. He ranked first in stroke gained/putting with a 5.220 average.

“It’s funny when all you can do is putt, sometimes that might be the rustiest thing,” he said. “But no, it’s been good. I’m probably playing better than I could have hoped for coming off an injury. I played actually really well the last couple of weeks, kind of getting back into it, and this was the first round that I really put together and that was cool to see and I’m excited for the next three.”