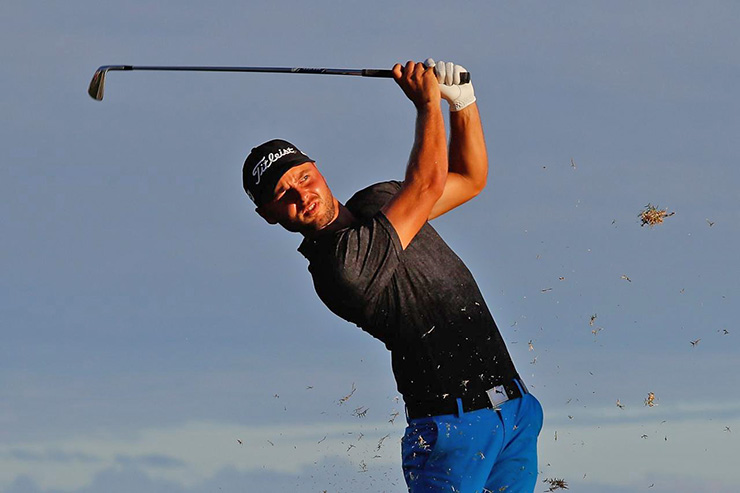 By Alex Myers
Adam Svensson played a full season on the PGA Tour in 2018-2019, but the 27-year-old Canadian kicked off 2021 by making more in a mini-tour event than in any of his starts on golf’s highest level.

On Wednesday, Svensson captured the inaugural Big Money Golf Classic, and as the name indicates, this isn’t your typical mini-tour prize pool. With an entry fee of $3,000—and a full field willing to put that up—the purse was a whopping $400,000.

Svensson earned $100,000 of that by finishing the three-day event at nine under at The Legacy Club in Longwood, Fla. With the win, he nearly matched the biggest payday of his career, which came from winning the 2018 Bahamas Great Abaco Classic.

Here’s a look at Svensson’s winning tap-in, courtesy of Twitter’s Monday Q Info, to beat Josh Gibson by a shot.

Adam Svensson wins the @bigmoney_golf by 1 over Josh Gibson pic.twitter.com/mCEPEKDRcb

After failing to keep his PGA Tour card at the conclusion of 2019, Svensson played on the Korn Ferry Tour in 2020. He is currently 40th on the money list that will carry over into 2021.

Gibson shot a final-round 64, but was undone by a double bogey on the 14th hole. Still, the former D-3 golfer took home $50,000 for finishing solo second in an eclectic field that featured players from 18-year-old phenom Akshay Bhatia to former NFL running back Danny Woodhead, both of whom missed the cut.