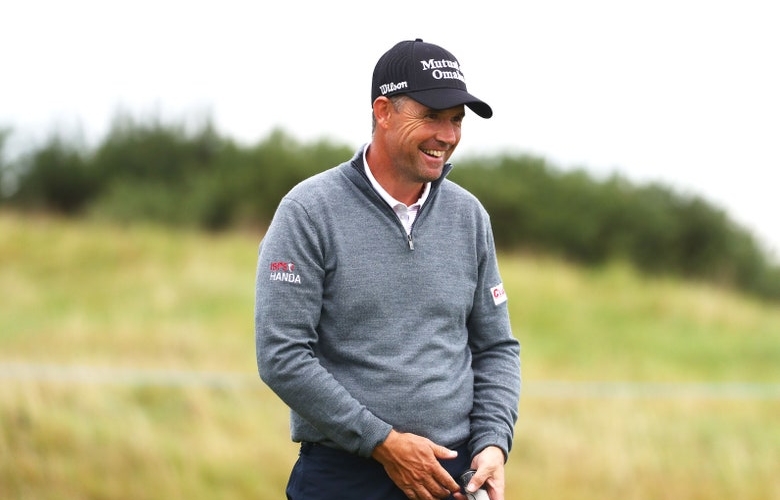 Matthew Lewis/Getty Images
Padraig Harrington smiles during a practice round at the 2019 Alfred Dunhill Links Championship.

By Joel Beall
Like all walks of life, golf’s 2020 schedule is in flux amid the coronavirus pandemic. As Golf Digest reported Friday, the five families of the sport are trying to coordinate how their preeminent events can fit in a condensed season. That includes the PGA of America and its Ryder Cup. Though the organization stated two weeks ago that previous reports of Ryder Cup cancellation were inaccurate, sources from both the PGA of America and its broadcast partners acknowledge the Ryder Cup is in jeopardy of postponement. “We are proceeding that it will happen while understanding it may not,” one source told Golf Digest.

However, one prominent voice is advocating the Ryder Cup stay as planned: European captain Padraig Harrington.

In an interview with Sportsmail, the three-time major winner said it’s the majors that have to work around the biennial match, not the other way around.

“I have an inside track regarding the Ryder Cup and I can tell you our date is set in stone and the other authorities are working around us,” Harrington told Sportsmail. “But I’m not privy to other details. If you’re asking me as a pro, I’d say the Open will move from July to a later date rather than be cancelled, and there must be a strong chance there will be two majors played back to back.”

However, as Golf Digest’s Shane Ryan pointed out in a column Monday, in the likely case that the COVID-19 protocols are extended into summer, and the majors are played in the late summer or early fall (at best), it’s hard to conceive of a way to stage the Ryder Cup in 2020. And if the Ryder Cup is played, it could lead to a radical shift in how the teams are fielded.

A notion Harrington is all for.

“It wouldn’t worry me if we were the first tournament back and I had to go with 12 picks with no qualifying,” Harrington said. “In many ways, it would be perfect if the Ryder Cup was the first tournament back. Just 12 guys from Europe and 12 from America, with no prize money at stake and competing just for glory? Wouldn’t that be a nice way for sport to start back?”

It would be a monumental change for team construction, as Harrington is allowed just three captain’s picks in the current format. But as he noted, whatever issues that arise are minuscule to the event’s importance.

“We’re playing on, if at all possible, because the merit of getting out there and showcasing our sport far outweighs a perfect qualifying system,” Harrington said.

The 2020 Ryder Cup is currently scheduled for Sept. 25-27 at Whistling Straits in Koehler, Wis. The Europeans are the defending champs.