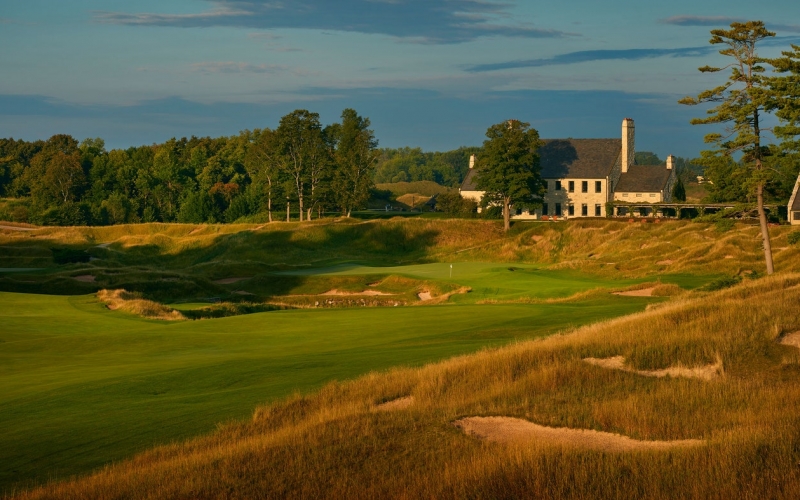 By Shane Ryan
Two weeks ago, James Corrigan reported in The Telegraph that the Ryder Cup was set to be postponed until 2021. It was no big surprise—even though the biennial competition is contested in late September, at a time when the impact of the coronavirus will hopefully have diminished, the composition of the United States and European teams is connected to the results of events held throughout the spring and summer. If those were being wiped out by the virus, it stood to reason that even if the situation had improved by the fall, playing the Ryder Cup was far from a certainty. However, the PGA of America, which runs the Ryder Cup when it’s played in the U.S., was quick with a response:

Reports today that the 2020 @RyderCup is expected to be postponed are inaccurate.

Since then, there has been no word from the PGA of America and Whistling Straits. If anything, the “insider” who spoke to the Telegraph made it even tougher to find any solid information about the direction of discussions the past two weeks. Publicly, PGA of America Senior Director of Public Awareness Julius Mason and other representatives are pointing journalists to the tweet above as the “latest statement.”

However, there have been developments in the rest of the professional golf world that have a direct impact on the Ryder Cup. As Golf Digest reported on Friday, there are discussions underway that could see this year’s major championships moved to the fall. Two majors are already postponed (the Masters and PGA Championship), and the two others potentially will follow in short order. The PGA of America has reportedly looked at the vacated Olympic dates in late July or early August for a rescheduled PGA Championship, with the other three majors considering fall dates that come near—and in some cases after—the Ryder Cup’s current competition dates of Sept. 25-27.

It’s not hard to see the conundrum here: Essentially, the Ryder Cup is powerless to act without more information. Well, not powerless exactly—in theory, officials could draw a line in the sand, say “we’re playing the Ryder Cup on our original date” and let the other events work around them. The problem is, the Ryder Cup status is largely dependent on American and European players buying in, and it’s a plain fact that most players value the majors more than the Ryder Cup. When a Ryder Cup stalwart like Graeme McDowell, who was a vice-captain to Thomas Bjorn in 2018 and will be a captain himself one day, says that “majors take priority over the Ryder Cup,” he’s likely not alone. That’s the issue here—while the Ryder Cup isn’t helpless, it holds less power than the majors. To make a move that risks picking a fight with the U.S. Open, or the Masters, or any major championship, is to risk a loss of status if the players are forced into a choice. The idea, then, of holding to the last weekend in September wouldn’t be practical or strategically smart.

It makes sense that the PGA of America denied the original reports about the postponement, but it also makes sense that the postponement was reported in the first place. If the coronavirus situation resolves faster than expected, which appears exceedingly unlikely at the moment, it’s still possible that there will be a way to keep the overall schedule roughly on track, from the majors to the PGA Tour’s FedEx Cup Playoffs, with only slight adjustments. If that hypothetical future came to pass, staging the Ryder Cup in September could still be a realistic outcome. With so much money and planning already poured into Whistling Straits, it stands to reason that the PGA of America would play a game of wait-and-see, and deny any reports that a postponement decision has been made. As long as there’s hope, why not hold out?

However, in the far more likely case that the COVID-19 protocols are extended into summer, and the majors are played in the late summer or early fall (at best), it’s hard to conceive of a way to stage the Ryder Cup in 2020. The event depends on everything that comes before, at least in a normal year. That could change if a radical format shift were adopted, such as Steve Stricker and Padraig Harrington fielding teams made up entirely of captain’s picks. However, this seems far-fetched. In 2001, when the Ryder Cup was delayed by the Sept. 11 attacks, the qualifiers from that year were kept in place, regardless of what transpired in the 2002 season.

The qualification process isn’t quite sacred, since there have been slight variations through the years, but a complete overhaul is probably not in the cards. (Not to mention the fact that we’re already well into the qualifying process.) Even if such a transformation were possible, the potential scheduling of the majors in the fall remains a problem. Unlike the Presidents Cup in Melbourne in 2019, Wisconsin is not a place where you can plan to play golf in December. Nor is the PGA of America going to change locations. The financial and logistical agreements that went into Whistling Straits hosting this Ryder Cup cannot be unravelled on such short notice, even if that’s what all parties wanted (they don’t). 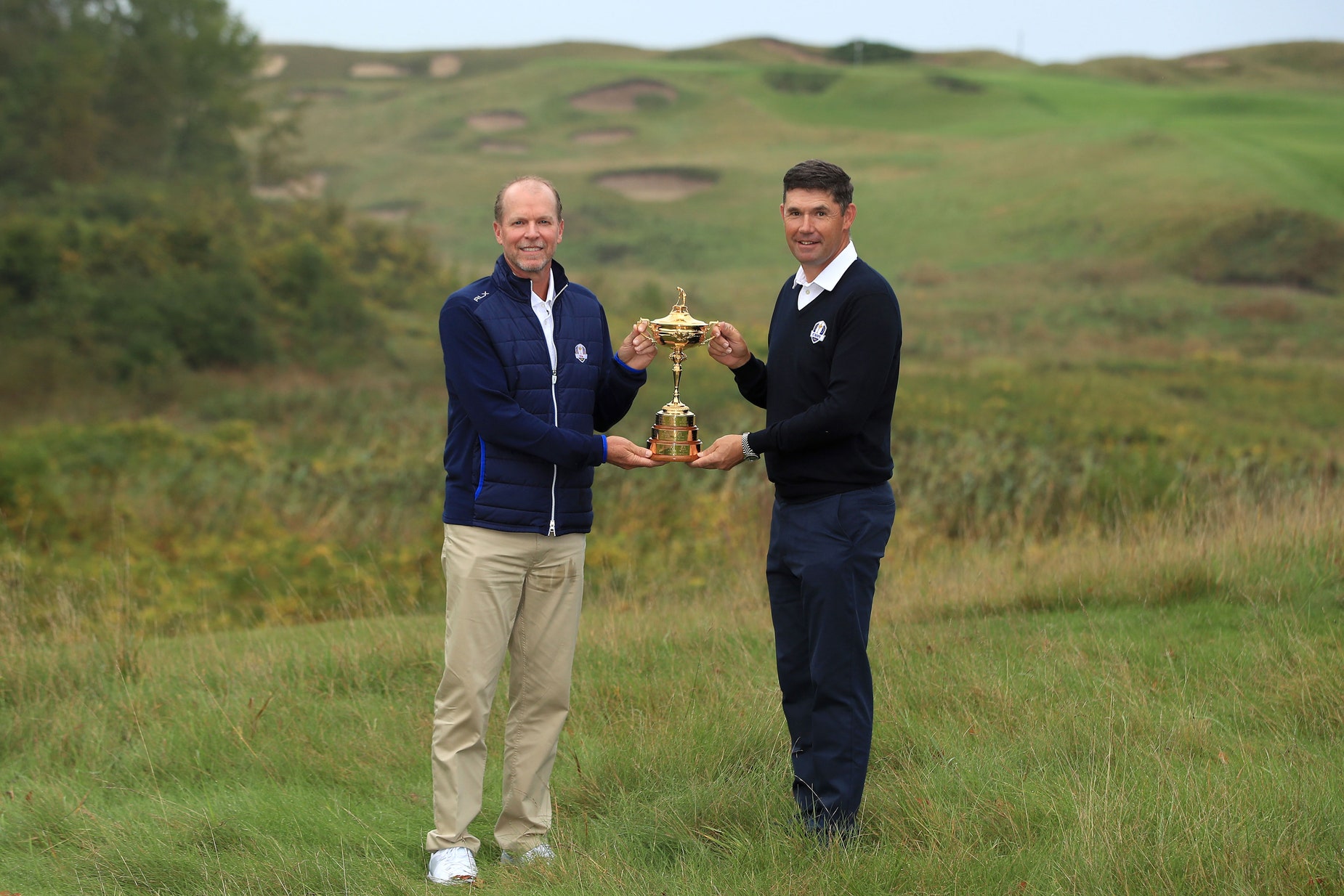 All of which is to say that the plight of the Ryder Cup is easy to identify and harder to resolve. The PGA of America has to wait, hoping for a remote chance of staging the event as planned, but it knows that the waiting could very well end in a postponement.

There has been some speculation that postponing would be a good thing. It would allow this year’s majors to be held in the fall without conflict, and it would put the Ryder Cup back in odd years, eliminating it’s co-existence every four years with the Olympics. But the aftershocks would be far-reaching. The Presidents Cup (run by the PGA Tour) and Solheim Cup (LPGA) would likely be forced to postpone their 2021 events by another year, reverting to an even-year cycle, which would impact both tours’ revenue expectations and opportunities. The European Tour would also take a hit; it depends on the Ryder Cup as its “financial bedrock,” and would suffer an economic setback if the next European version wasn’t held until 2023.

Those are just the broad strokes. The logistical fallout of postponing until 2021 would be great on both the local and institutional level, and it’s not hard to see why the PGA of America, handcuffed as it may be, is doing everything in its power to stick to its September date. At the moment, to use a chess metaphor, the Ryder Cup finds itself in check. If the majors are delayed further, and the crisis extends into the early summer, that would be checkmate, and the dream of a 2020 Ryder Cup would come to a definitive end.