The Masters in November? The Open in September? Ryder Cup in flux? Golf’s 2020 plans under discussion, sources say 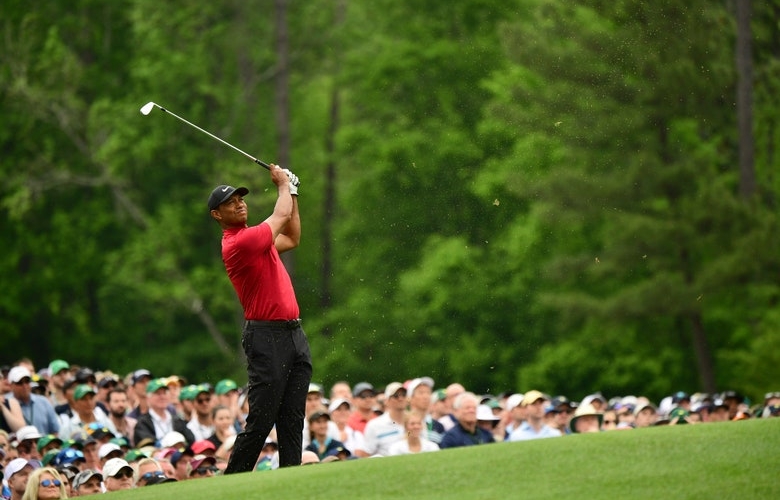 By Joel Beall and Brian Wacker
The United States now has the most coronavirus cases in the world and according to health experts, the pandemic might still be in its fledgeling stages in the country. Even against that ominous backdrop, the golf world is looking forward to when life will return to a sense of normalcy.

For men’s professional golf, that means the coming puzzle of how to conduct four majors, the PGA Tour Playoffs and the Ryder Cup in an abbreviated season.

As of this writing, only the Masters and PGA Championship have announced postponements, and the PGA Tour has cancelled all events until late May. However, the U.S. Open—scheduled to be played at Winged Foot in Mamaroneck, N.Y., starting June 18—is also expected to be postponed, sources tell Golf Digest. Westchester County, home of Winged Foot, is the epicentre of the pandemic, with more cases in the county than all of New Jersey, which is the second-hardest-hit state in the United States.

Moreover, as COVID-19 begins to infiltrate the United Kingdom, the R&A is considering postponing its Open Championship, scheduled for July 16 in Sandwich, Kent, according to sources. One source specified that the governing body is awaiting decisions by the USGA for the U.S. Open and the All England Club for Wimbledon (scheduled for June 29) before making its call.

Yet, there is confidence—with the understanding the situation remains dynamic—these events will eventually be played. As conversations remain ongoing with the Tour and the four stakeholders that run the majors, here is how each organization’s contingencies are coming into focus.

First up is the PGA of America. Because its PGA Championship has already been postponed, it has a jump-start on finding a new date. Though the heads of golf’s governing bodies are in coordination with one another, there remains a degree of competition and self-interest. In short, although TPC Harding Park is a venue where a tournament can be played well into the fall, the PGA of America is targeting the late July, early August date vacated by the Olympics.

As for the Ryder Cup, though the PGA of America stated last week that previous reports of its cancellation were inaccurate, sources from both the PGA of America and its broadcast partners acknowledge the Ryder Cup is in jeopardy of postponement. “We are proceeding that it will happen while understanding it may not,” one source told Golf Digest. The competition is scheduled for Sept. 25-27 at Whistling Straits in Koehler, Wis. Should it be postponed, it would likely move to 2021.

“No one involved wants to punt on the Ryder Cup, least of all us,” a TV source said. “But playing the majors are of higher importance.”

Possibly filling the Ryder Cup date is the Open Championship. With only 12 hours of daylight in Kent during September, sources say the Open could use a two-tee start, or the size of the field might be reduced. The championship is expected to remain at Royal St George’s, hosting its first Open since 2011. The last time the Open wasn’t played was in 1945 because of World War II.

Perhaps the most unknown entity at the moment is the U.S. Open. On Thursday night the New York Post reported that the U.S. Open would be postponed and possibly played in September. Sources tell Golf Digest that October is the more likely target date. As for its location, those around the tournament remain hopeful it can be played at Winged Foot but have not ruled out a location move, citing the surrounding area’s battle with COVID-19. On Wednesday, members of the board at Oakmont Country Club outside Pittsburgh met, where the idea of moving the tournament to there was discussed, according to a source. Other venues, like Pinehurst, also have been discussed with the USGA. Like the with Open in the U.K., daylight will be a factor, possibly forcing a reduced field.

On Friday, the USGA said in a statement it is still holding its current date for the U.S. Open while monitoring guidance from the CDC, WHO and government officials. “It is premature at this point to speculate on any potential date or location changes, but we expect to make a decision sometime in the middle of April.”

Then there’s the Masters. Although outlets and social media have unearthed clues that seemed to point to an early-to-mid-October date, sources say Augusta National is also looking at early November to host its tournament. Sources were confident the club could get the course tournament ready by October, yet conditioning could be more ideal—and the weather less wet—in November. The Masters annually has a small field; it’s not imagined any adjustments would be made on that front.

As for the PGA Tour, while it is assessing a number of possibilities, for the moment, it plans on proceeding with its FedEx Cup Playoffs during August. With the truncated schedule, there is a chance the qualification for the postseason is expanded from its historical 125 entrants, but the first priority remains getting the tour back and running, sources say. If more events are cancelled—the tour has been cancelling them in blocks of four, and that is likely to continue if the U.S. Open is postponed—sources say the tour could roll this season into 2021 and have a “two-year” season to account for all the missed events.

Adding complications are television rights. All of golf’s major broadcast partners have obligations with other sports, sports that often draw bigger audience numbers than golf. How FOX will fit in the U.S. Open during college football and NFL broadcasts, along with baseball, presents a problem. Notre Dame football is an NBC franchise. CBS has a little more latitude with the Masters, as it could televise its SEC game at night after the Masters’ third round. Nevertheless, the NFL issue remains.

“What happens to the U.S. Open or British if the leader boards are weak?” a source who has been in discussions with all of golf’s organizations said. “Augusta will be fine. But you may see other majors placed on companion or sister networks as a precaution.”

The next scheduled event on the golf calendar is the PGA Tour’s Charles Schwab Challenge at Colonial, set to begin May 21.