The Open 2017: Ignorance is bliss as Grace fires historic 62 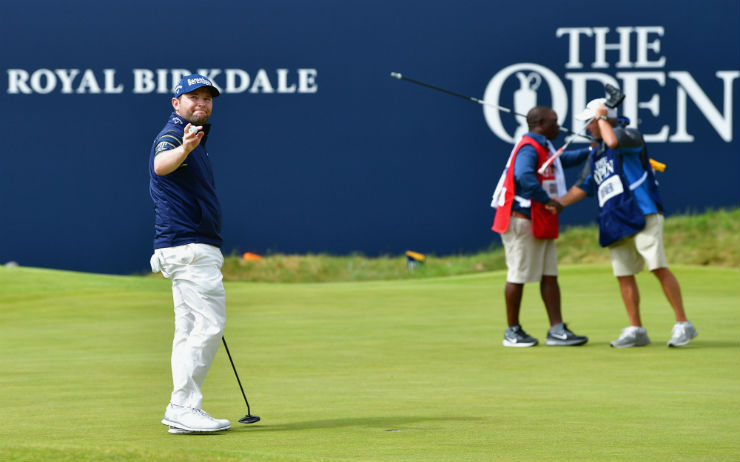 By Kent Gray at Royal Birkdale
One hundred and fifty seven years, 442 major championships, 31 close calls by 29 players, many of them agonisingly so. And in the moment, “believe me or not”, Branden Grace didn’t have a clue.

With sixty two strokes, out in 29 and home in 33 at mighty Royal Birkdale, the 29-year-old etched a place in major championship folklore.

“It’s special. It really is,” the Pretoria pro said after his historic eight-under-par loop to eclipse Jodie Mudd’s course record 63 over the Southport links during the closing round of the 1991 Open Championship.

“Like I said, it’s always nice shooting a low number, whether it’s any day of the week, whether it’s in a tournament or with friends. And then finishing the round and then finding out what you’ve done makes it even better, it really does.

“And to do it at the Open Championship is pretty special and also, yeah, with the golf course it’s awesome. It’s something I really enjoyed and something I’ll remember forever, definitely.”

We will have to find a special space of clubhouse wall for this piece of history #TheOpen #62 #recordbreaker pic.twitter.com/QVzKAMrGUf

But surely you knew? Surely. The whole golfing world knew as you came up 18 needing a par to secure a place in the sporting annuals. Don’t you remember Phil Mickelson’s opening round putt for 62 being spat out of the cup at Royal Troon last July, Henrik Stenson’s closing 63 too? What about Nick Price at the ’86 Masters and Tiger Woods at the 2007 PGA, both cruelly robbed by gravity like Lefty. Vijay Singh and Greg Norman have each twice signed for 63s. Heck, just last month Justin Thomas had a 63 at Erin Hills, the lowest score in relation to par at a US Open at -9.

“Let’s get this out of the way: I didn’t know what was going on on 18. I promise you,” Grace said as he sat down to record history with the world’s media.

“I honestly didn’t. You know, I was just so in the zone of playing, hole after hole. I knew I was obviously playing really well, and making the turn in 5-under was pretty special. And I thought if I could make a couple more on the back nine, then it’s going to be a great score. I had no idea that 62 was obviously the lowest ever.

“Obviously, now it makes it even more special than what it was. My whole thing on the 18th was trying just not to make bogey. I hit a great wedge in there, just caught a flier, a little bit of a jumper and made it tough for myself. But obviously I knocked in the two-footer or three-footer. And Zack (Rasego) came up and said, ‘You’re in the history books.’ And I was like, ‘What are you talking about?’”

Obviously Zach, your bagman, knew then?

“I think he did. He never said anything, so good on him, I suppose (laughing),” Grace said before paying tribute to Rasego, a “great guy” and a “good friend” with whom he’s had an on-and-off again working relationship.

“Obviously when I started with Zack a lot of years ago, he had a lot of experience, a lot of knowledge of what’s going on and how to play, what to do and what not to do. Louis [Oosthuizen] won The Open with Zack. So it’s not always just on the player. Zack would have played a big role in the win that they had at St. Andrews [in 2010]. 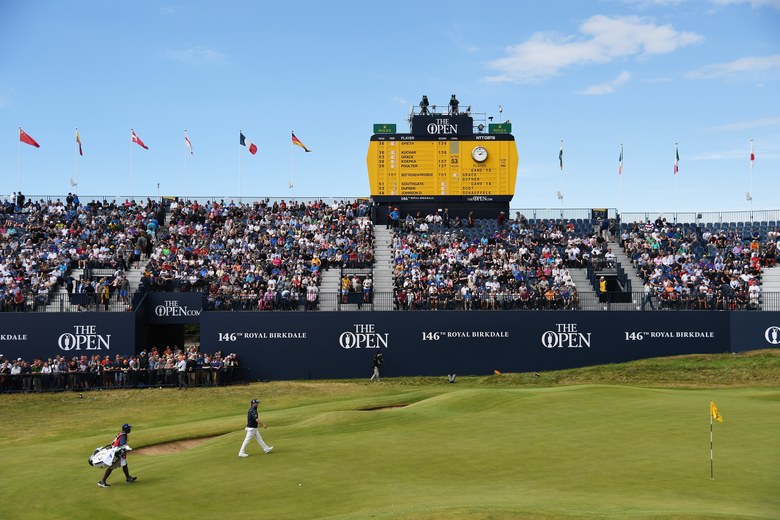 “We got off the block strong and played well. And I think like anything in life, [there was] maybe a lack of communication, a lack of trust between us [which resulted in a temporary split], things like that. We actually had a good chat last week at the Scottish, and I told him we need to start communicating again. I feel we’re playing well, but it’s just not happening. We had a good chat and it’s been working ever since.”

Grace, four over starting the third round, ended it -4. Moving Day indeed. It’s given him an outside shot at a maiden major title. A third placing at the 2015 PGA is his best in the bigs thus far, the same year he was fourth at the US Open. His best Open finish, T20 at St. Andrews, was sandwiched in-between that magic 2015 run.

So, about tomorrow, do you have a chance?

“It is always hard to follow a good round, because you go out with the same expectations that you are playing well. You should do something similar, and it doesn’t always work that way. Tomorrow I have to stick to the same routines. Just going to keep it simple. That’s it. Give yourself the chances. Like I said, I am putting well, if I can do that tomorrow, then I should be able to give myself a chance at it.”

Grace's stats after his 62:

Grace offered the winds and slippery greens at Augusta, the brutal rough at the US Open and PGA and obviously the weather at The Open as a reason why it has taken so long for a 62 in the majors. “I think sooner or later somebody is going to break 62. But hopefully it takes a while.”

The winner of seven (including 2015 and 2016 Qatar Masters crowns) European Tour titles and last year’s RBC Heritage on the PGA Tour, Grace was asked about creating history on the 7,027-yard, par-70 layout compared to many of the previous 63s coming on par 71 and 72 courses. He swept it aside with aplomb, much like he’d swept in most every putt Saturday. Has there been better major championship rounds? Yes. But the history books don’t print asterisks.

“I’m just happy with shooting a good round at a special tournament. And on a great day. But, you know, whether you shoot 63, 62 or 60, you have to do something right and things have to go your way.

“I’m not going to take anything away from a guy shooting 63 on a 72 or anything of what I did today. All in all some great golf.”

How Branden made history. A closer look at @BrandenGrace's record-breaking round. #TheOpen pic.twitter.com/MBIwx4rMwb