North Carolinian J.T. Poston equals his career low, a 62, to win the Wyndham Championship before a hometown following 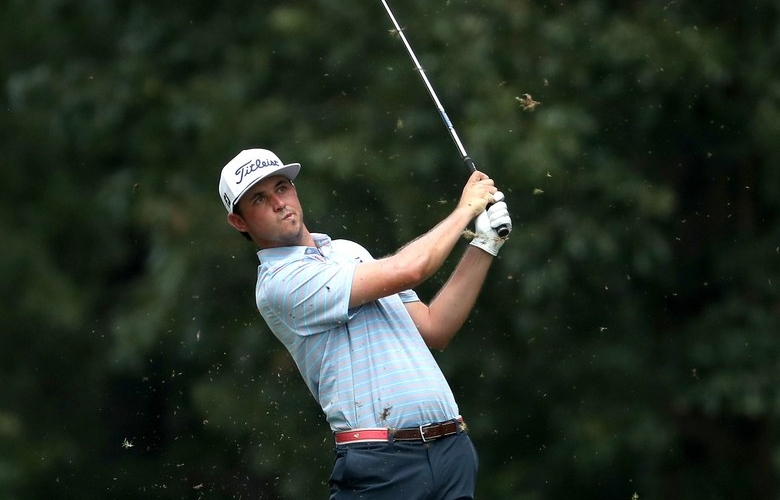 By John Strege
It was not a home game for North Carolinian J.T. Poston, but it was close enough, and with a large hometown following on hand, he won the Wyndham Championship in Greensboro, N.C., his first PGA Tour victory.

Poston, whose hometown is Hickory, N.C., 100 miles west of Greensboro, shot an eight-under-par 62 at Sedgefield Country Club, equaling the low round of his PGA Tour career. He completed a bogey-free 72 holes in 22-under par 258, one better than runner-up Webb Simpson and two ahead of 54-hole leader Byeong Hun An.

“Any win out here on tour is a dream come true, but to do it here in N.C. and Greenboro, an hour-and-a-half from where I grew up, and to have so many friends and family and people who came in this morning and last night, to be able to play like this and get a win on the PGA Tour is something I never could have imagined.”

Poston and An were engaged in a duel for virtually the entire final round. An, similarly, was seeking his first PGA Tour win and also was closing in on playing 72 holes without a bogey.

Playing ahead of An, Poston birdied the par-5 15th hole to take a one-stroke lead, then parred out. An, however, hit his tee shot at 15 right of the fairway and into tall fescue grass, requiring he take an unplayable lie. The penalty stroke led to his first bogey of the tournament, on his 69th hole, and he fell two behind.

An followed with a birdie at 16 and again was one off the lead, but after a par at 17, he bogeyed 18, shot a three-under 67 and fell to third place when Simpson made birdie to complete a round of 65.

“Those par putts the last five or six holes, there were some nerves,” Poston said. “But I tried to tell myself I’d been in that position before in college and amateur golf and this is no different and just knock in another three or four-footer.”

Poston, who played college golf at Western Carolina, is in his third season on the PGA Tour. His best finish had been a tie for fourth, last season in the Shriners Hospitals for Children Open. His best finish this season had been a T-6 at the RBC Heritage, one of two top 10s he had prior to this victory.

As for Simpson, another native North Carolinian who won here in 2011, it was the second year in a row he finished second.