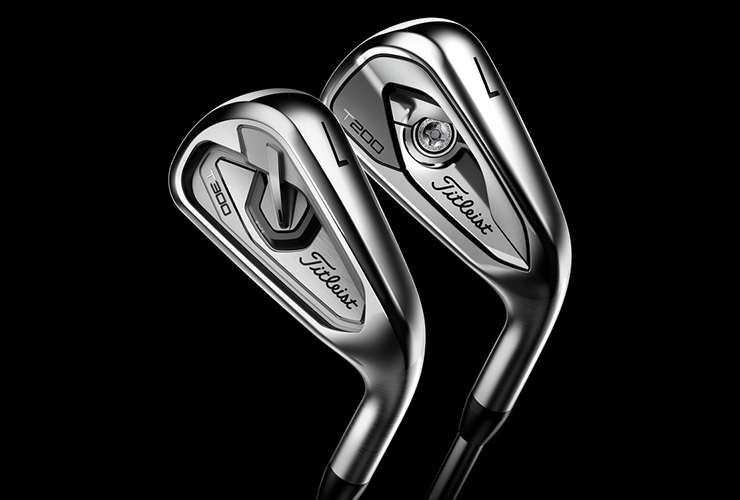 By E. Michael Johnson
It’s been a busy few weeks for the Titleist iron team. First, the company brought out its U-500 and U-510 utility irons (as well as TS hybrids) at the Memorial Tournament. Then at the U.S. Open at Pebble Beach G.L., it debuted its T100, 620 CB and 620 MB irons, with Rafa Cabrera Bellow using a set of 620 MB irons, Cameron Smith putting a one-of-a-kind black finish T100 set in the bag and Charles Howell III using a split set of T100 and 620 CB irons. Now, as the tour heads to TPC River Highlands in Cromwell, Conn., Titleist has yet another iron unveiling—the T200 and T300 irons at this week’s Travelers Championship.

The irons, which appear to possibly be replacements for the company’s AP1 and AP3 (The T100’s look closer to the AP2 model) are being shown to tour staff as part of the company’s tour seeding and validating process.

Looking at photos, both are cavity-back irons, however, the T200 has what appears to be a weight screw in the cavity that says “max impact” on it.

As usual, the company is mum on details, however, it appears the AP line is set for a complete overhaul when these irons are finally released to the market.