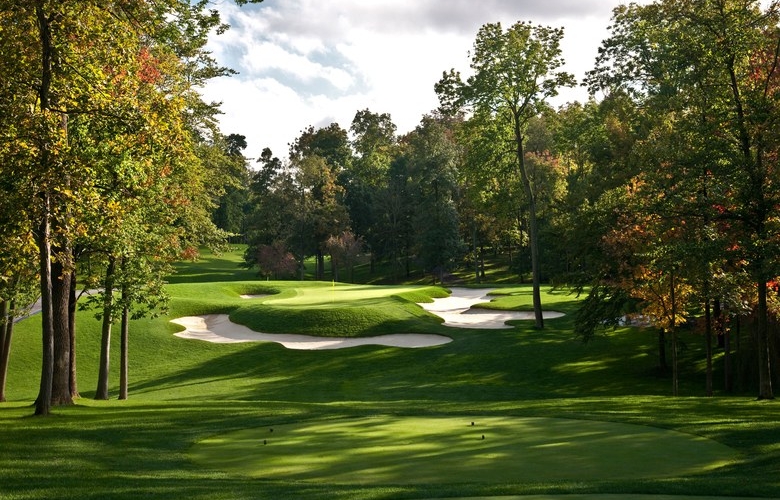 By Joel Beall
Muirfield Village is to undergo a two-year, two-phase renovation starting this fall, the club announced overnight. The project, which emerged on social media last week after members were informed of its intentions, will be helmed by club founder Jack Nicklaus.

“This will probably be my last bite at the apple,” Nicklaus said in a statement. “I’ve done little tweaks on the golf course throughout the years, and some significant changes, like the par-3 16th. This time, we are going through the golf course, A to Z, and making sure we do everything at one time.”

According to the club—which annually hosts the PGA Tour’s Memorial and has been the site of the U.S. Amateur, Ryder Cup, Presidents Cup and Solheim Cup—the first phase will begin this fall, the focus on new tee boxes for the par-3 eighth hole, par-5 11th and par-5 15th. A new rough area will also be installed on the par-5 fifth. Those changes are expected to be finished by May, a month before the 2020 Memorial.

The second phase, beginning in July 2020, will force a complete shutdown of the course. All greens and bunkers will be rebuilt, which will include sub-surface heating and cooling equipment under the putting surfaces. Tee boxes will be levelled, with Nicklaus stating the fairway widths will be altered. There will also be a redesign of par-5 fifth, expanding the landing area and converting the hole to a par 4 for tournament play.

Nicklaus said he is keeping the membership in mind during the renovation, but that the endeavour is aimed to enhance Muirfield Village as a tournament venue. The Memorial, which began in 1976, boasted an average winning score of six-under-par in its first 10 iterations. However, the average winning score has hovered around 15 under for the past 10 events, with Patrick Cantlay winning in Columbus last season with a 19-under mark.

Muirfield Village, which was designed by Nicklaus and Desmond Muirhead, opened in 1974 at 6,978 yards. By the end of the renovation, the course will weigh in at 7,462 yards. It ranks 16th on Golf Digest’s America’s 100 Greatest Courses list.