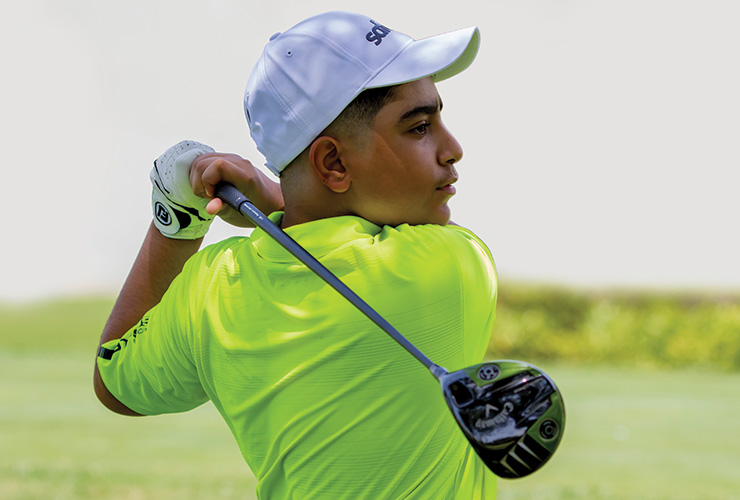 Mousa Shana’ah will look to enhance his reputation as one of the Middle East’s most exciting teen prospects at an equally ambitious junior event just announced for Al Hamra Golf Club in December.

By Kent Gray
Promising youngsters come and go in golf, victims of a game with absolutely no guarantees, not even for the most talented of prodigies. Two things we do know for certain are that Mousa Shana’ah has serious game for a 13-year-old and won’t fade away for lack of opportunity on his own back doorstep.

It helps when your father runs a golf events company with bold ambitions for the junior game in the Middle East. Mousa is already a serial winner on the Junior Masters Open Tour organised by Abedallah Shana’ah and his father’s business partner, Ali Kalbat, the Managing Director and General Manager of Golf Events Management (GEM) respectively.

In December, Mousa will have a chance at yet more glory with GEM announcing a deal with the Ras Al Khaimah Tourism Development Authority (RAKTDA) to host an annual ‘UAE World Amateur Junior Golf Championship’ at Al Hamra Golf Club. The event will be open to amateur boys and girls up to the age of 19 and will carry World Amateur Golf Ranking (WAGR) and Global Junior Golf Ranking (GJGR) points.

Mousa is set to be one of the star acts if his recent performances are any indication. They include junior course records at JA The Resort Golf Course (68) and, encouragingly, Al Hamra (71) earlier this year.

The Jordanian is coached by former European and Asian Tour player, Yasin Ali, at the Leadbetter Academy at JA the Resort. Like Abedallah Shana’ah, Ali is working hard to ensure young Mousa keeps on developing. From almost first glance, Ali knew he was witnessing something special, a player with an attitude and work ethic that belie his years.

“I watched him hit some shots and what struck me was how he approached his practice. There was a real purpose behind each shot and that stayed with me,” said the Kenyan-born Briton. “As I’ve gotten to spend more time with him I’ve noticed that he’s a little different to most kids I’ve met at his age.  You notice how mature and grounded he is. The thing I love is when I set him a practice drill or give him a challenge it’s like a mission for him, he doesn’t stop till he gets it done, he doesn’t quit. That’s a great quality.”

Ali describes Mousa’s swing as “beautiful” in its simplicity. “It’s repeatable which is great.” But that’s only half the picture. “In terms of his mental game, he has a very positive outlook and a fantastic temperament which is essential for good golf. 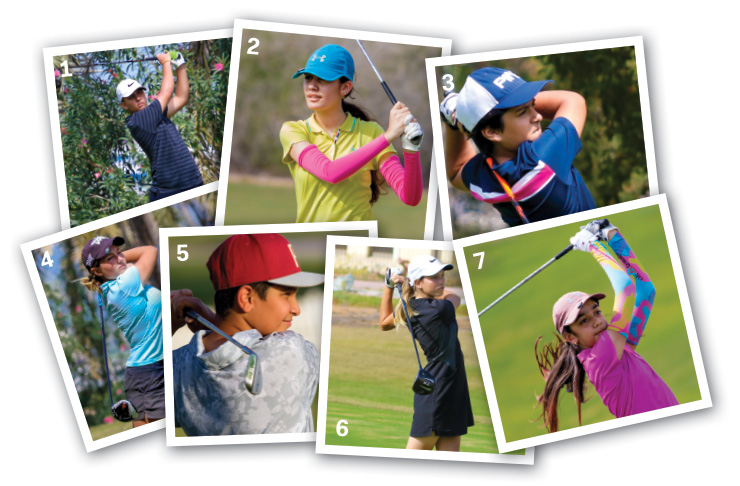 “For me his strengths are his temperament and his driving. When he’s out on the course, you’d be hard-pressed to figure how he’s doing as he keeps his emotions in check, he’s calm and collected. He drives the ball well and is pretty straight which naturally keeps him in play and with a chance to score.

“What do we need to improve? We need to gain some speed to hit it further, which will also increase as he develops and grows physically, and short game. For me, your short game can never be good enough. You can always hole more putts and chips.”

Ali says a 50-50 practice and competition balance is about right for juniors. He says juniors in the UAE are especially lucky to train on pristine practice surfaces and play and world-class courses.

So where does Mousa go from here?

“The short term goal would be to improve his game from a 150 yards and in. Medium goal, I would love for him to experience college golf in the United States as I did. Getting an education while playing golf is a win-win for me. Long term, it would for him to be happy and love the process of learning irrespective of the results. If he can maintain the same passion for learning and improving he’ll be more than successful where ever he plays.”

In this COVID-complicated world, the immediate playing opportunities will be at home. Luckily GEM is taking care of this as Kalbat points out.

“This competition will offer the best young golfers in the region a chance to compete against their counterparts from across the world, and we will be sure to market this event to the entire region, positioning it to become one of the biggest events in the world,” Kalbat said.

“We are so proud that we are the first national company to establish an event of this high standing within the region, in cooperation with our main partners, RAKTDA and Al Hamra Golf Club. The main goal of this event is to introduce youth to the professional golfing environment, help serious players to compete in high class ranked events with their counterparts from all the world, and lead juniors to the path of professional golf.”