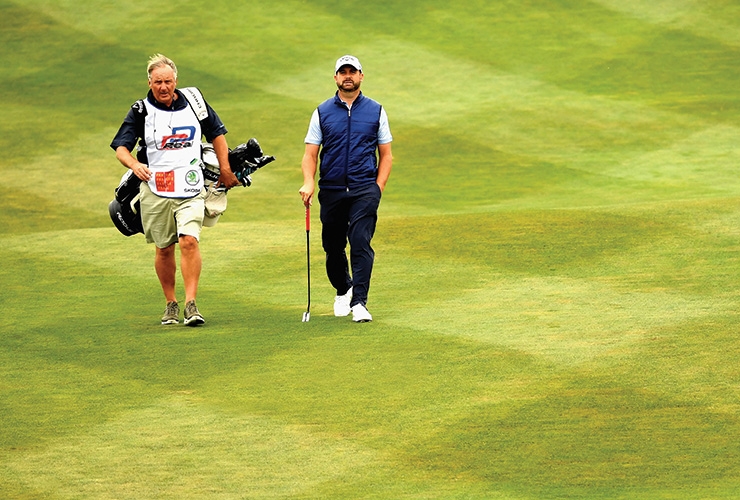 The MENA Tour by Arena’s new-look ‘Journey to Jordan’ is on summer break. Kent Gray talks to key players inside and outside the ropes for this mid-term report.

When the MENA Tour was launched in 2011, the remit was to provide a leg-up to golf’s big time for fledging young professionals and ideally inspire home-grown amateurs to the game’s highest echelons.

When the regional Pro-Am circuit was re-launched in February as the ‘Journey to Jordan’ following a 16-month restructure, those noble ambitions hadn’t changed. Indeed, they have been emboldened with the hope that the Official World Golf Ranking (OWGR) points on offer during the 10-tournament schedule, not to mention a plethora of invites to events on bigger tours, will help players from the region qualify for Tokyo 2020 and Olympic Games beyond.

Time will be the ultimate judge of the circuit’s bid to become the “best little mini-tour in the world” but halfway through the 2019 season, it is fair to say the order of merit leader doesn’t exactly fit the player profile envisaged at any stage of strategic planning.

Not that the tour nor Matthew Baldwin are grumbling. The 33-year-old Englishman has been a European Tour regular since 2012 but after losing his card last season has found the MENA Tour a perfect pitstop for a career at the crossroads.

By winning the second of two Q-Schools and then the first event of the season proper – the Journey to Jordan-1 – Baldwin has given himself a confidence injection heading into the new Challenge Tour season. He’s also earned a bonus €6,919 after finishing T-45 at the recent Oman Open and will get another European Tour to start at the Trophee Hassan II in Rabat later this month courtesy of his consistency during the MENA Tour’s spring swing. 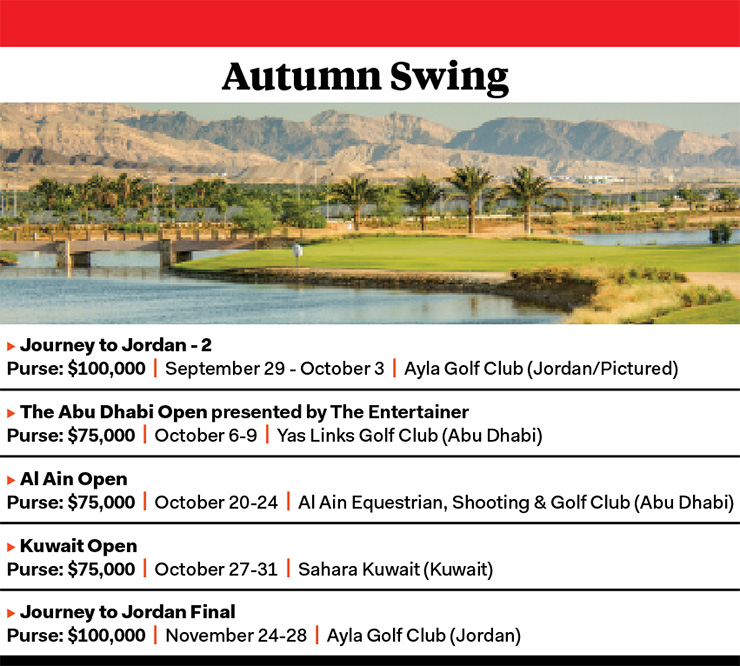 “It’s been a good decision to come and play the MENA Tour. The opportunities you get are exceptional,” Baldwin said. “Having played on the European Tour for several years and then to lose my card, to be able to come here and have a chance to play events like the Oman Open and Morocco is fantastic. I’d happily recommend the MENA Tour to anyone.”

It’s a win-win for the MENA Tour too as the quality Baldwin has displayed gives the likes of rookie, Dubai-based amateurs Arjun Gupta, Toby Bishop and Josh Hill, all 14, a lofty marker to aim for.

“They’ve really played well, 14-year-olds coming out to play with the big boys as it were,” said MENA Tour Tournament Director Wayne Johnson.

“They performed fantastically well, especially Josh who, every week he was making cuts, he was finishing in the top 20 and we saw that [reflected] in his world ranking points, how he jumped up the ladder. I think the future is very bright for those three players and also we saw Shergo [Al Kurdi] from Jordan come on board, he played very well, [Englishmen] Jack Floydd and Curtis Knipes all played excellent golf and I think we’ll see some really good performance from the amateurs throughout the summer season off the back of this.”

Johnson is quietly chuffed with the progress made in the first half of the new-look season – including the record 125 players who entered Q-School – and hailed the low scoring.

“Our cuts ranged from -1 to +1 so in terms of the standard, the standard improved dramatically.”

Even so, Johnson and co. won’t be resting over the summer break ahead of the circuit’s resumption at the $100,000 Journey to Jordan-2 event in late September.  Every detail is being looked at, right down to the range balls which the tour has decided it will now provide at each venue to lift standards.

“But all-in-all I think we pretty much accomplished what we wanted to achieve in the first half. The second half is trying to build upon that – there are going to be some other incentives the guys can strive for in terms of invitations to play European Tour and Challenge Tour and Asian Tour events – and set up the season for 2020.” 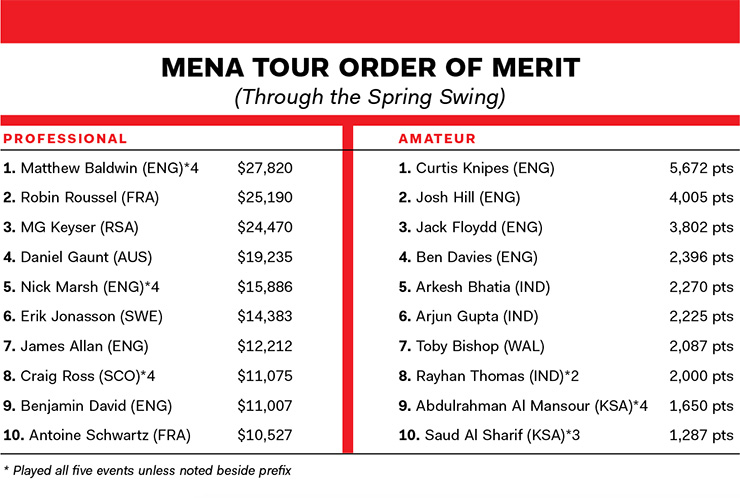 Frenchman Robin Roussel, who won the Royal Golf Bahrain Open and currently sits second in the OOM, has certainly appreciated the attention to detail.

“With the Challenge Tour season not beginning until the end of April really, I wanted to make sure that I had a good preseason and played a few tournaments to be in match shape. I’d heard a lot about the MENA Tour from my friends and decided it fitted well in my schedule. Now, if you ask me, I could not have made a better choice,” Roussel said.

“I loved every minute of my stay in the Middle East. The tournaments were very well organised, the weather everywhere was awesome and the golf courses were world-class. And on top of everything, I played well, too. I could not have asked for a better start to my season.”

Roussel swapped Europen Tour invites with Baldwin and while he missed the cut at the recent Maybank Championship in Kuala Lumpur due to playing almost six weeks non-stop, is grateful for the opportunity.

So too does Baldwin.

“To lead the Journey To Jordan at this stage is great, but I’d love to win it at the end of the season. I am not sure of my schedule for the latter half of the year and it would depend on how I am placed on the Challenge Tour. But I’d definitely love to play at Ayla Golf Club again, where I don’t seem to have done too badly.”