Michelle Wie, battling neck pain, says she’s lucky she even played the first round of the U.S. Women’s Open 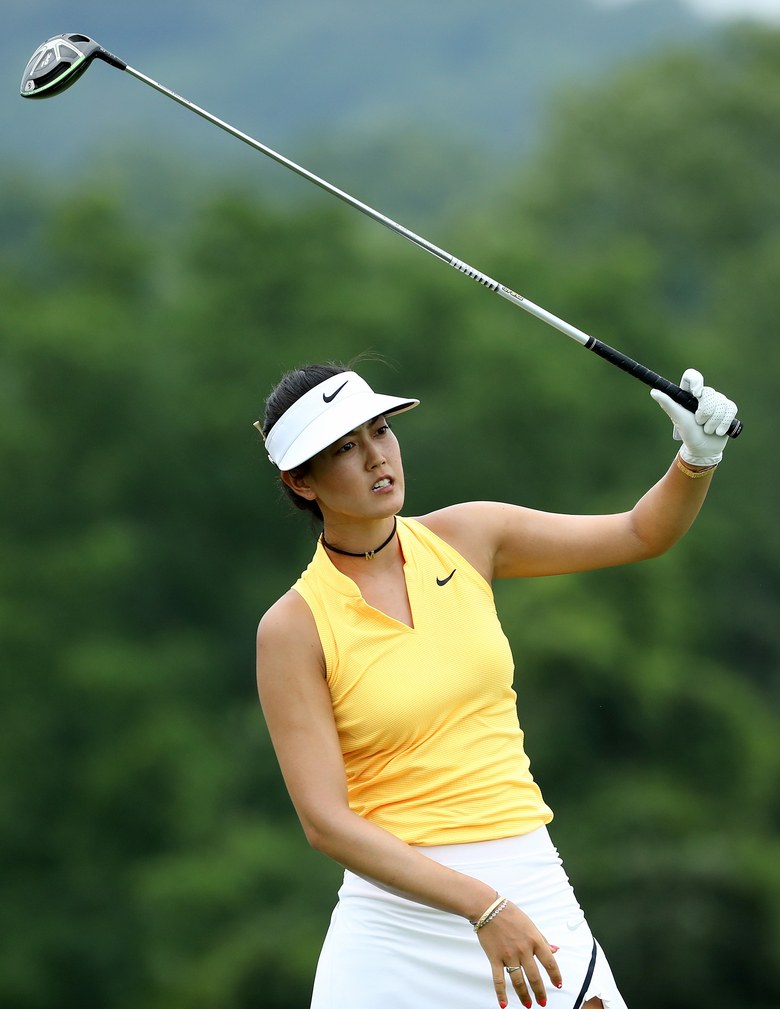 It has been evident since Tuesday at Trump National Bedminster that Michelle Wie has been dealing with neck and shoulder pain. She has tape on her upper back and shoulder, she’s moving around stiffly, not turning her head much, swinging with an abbreviated finish. She said she hasn’t hit a full shot since the KPMG Women’s PGA Championship two weeks ago, instead having Danielle Kang hit shots for her during their Wednesday practice round at the U.S. Women’s Open.

The pain seemed to be under control Thursday when she shot a one-over-par 73 during a rain-interrupted opening round to finish seven back of leader Shanshan Feng. But something was clearly wrong when she came back onto the course after a delay that started when the horn blew around 4:45 p.m. Play resumed just after 6:15 p.m.

Wie returned to the course and on the 15th hole, she was getting her shoulder worked on by her dad and then by two LPGA trainers.

“I called the rules official over,” Wie said. “I was ready to pull out. I couldn’t swing. Then thankfully the physios came.”

Suzann Pettersen hit her putt while Wie was getting the work done on her shoulder. Wie came to the green, two-putted and walked up towards the 16th tee. After hitting her drive, she hustled inside with the two trainers. Her parents followed.

Her group continued to play, and Wie went back out with an ice pack. She wasn’t finishing her swing. Instead of holding a pose at the end, she was letting go of the club after impact with her right hand. She showed obvious signs of stiffness in how she picked up her ball and placed it down on the green and the tee. Before she hit full shots, instead of just turning her head to look down the line, she had to make a full-body turn.

Related: Lydia Ko shoots four-under 68 in the first round of the U.S. Women’s Open

After the round, Wie said all of the MRIs have been clear and that she’s going to get some treatment from the trainers and will be continuing medication and ice tonight. As for a source of the issue, she describes it’s as a neck sprain. Wie explained it as sharp pain when she hits the golf ball. She’s had to back off her shots so much that she’s about a club-and-a-half shorter than usual.

Wie finished her round with a birdie on 18, and a smile. She and her caddie had been laughing a bit throughout the whole ordeal.

“You kind of have to make light of the situation,” Wie said. “I was on 16 and I was so nervous about that shot. I was like, ‘I could be here for like five hours if I don’t get it over the water!’ We had fun out there today.

“I felt so lucky to tee it up today. I honestly did not think I was going to get to play. I’m just so happy to be out here.”