Lydia Ko opens at Trump Bedminster with her best first-round score at a U.S. Women’s Open 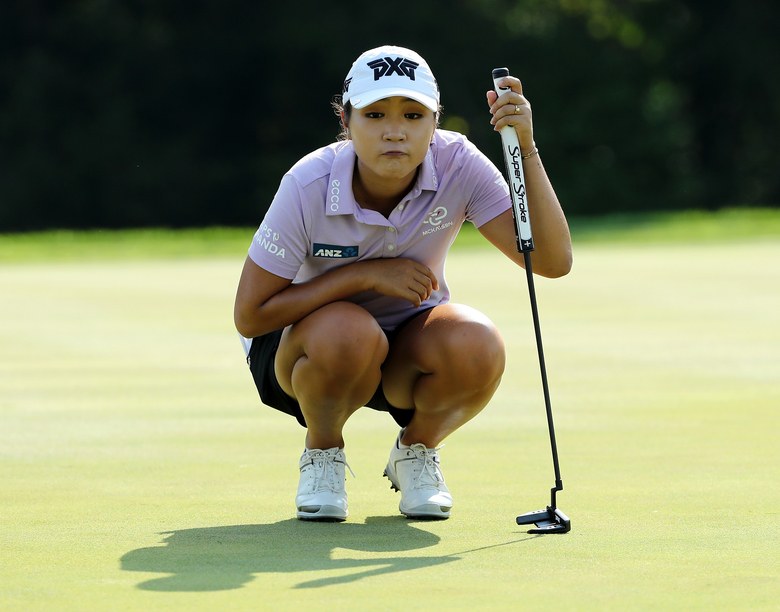 Never mind the crazy fact that 20-year-old Lydia Ko is playing in her sixth U.S. Women’s Open. What’s similarly hard to believe is that she’s never broken 70 in the opening round of the USGA championship. That changed on Thursday at Trump National Bedminster when the former World No. 1 carded a four-under 68, leaving her two strokes back of the early leader, China’s Shanshan Feng. The two were paired together in the first round.

“When she was making birdies, I tried to feed off that,” Ko said, “and when somebody in your group is playing good, I think it just kind of sets a tone for the day.”

Mind you, Ko’s round was far from perfect. She bogeyed her final hole and only hit 10 of 18 greens in regulation. But she’s not concerned.

“Especially during major championships, you have to stay patient and stay positive,” Ko said. “Really focus on those points and not get too carried away about those bogeys, because it is very likely that you will make a couple along the way.”

It’s a more mature mindset than you’d expect from a 20-year-old. But even Ko admits she feels much older than when she first won on the LPGA Tour in 2012. Ko achieved so much early in her career and even spent 85 weeks as the No. 1 player in the world, but she hasn’t won yet this season.

Some of the explanation for that is all of the changes she has made in the past year: new swing coach, caddie and equipment. Even just leading into this week, Ko put a putter in the bag with a new hosel and has been working with a new putting coach, Gareth Raflewski. That’s a lot of change for one young woman’s game to absorb.

“I feel like all the changes I’ve made, they have been good,” Ko said. “And with anything, you change it, it always takes time to get a little used to it. But I feel I have a great team behind me that’s always going to support me.”

As the afternoon wave of rounds got under way at Trump National Bedminster, Ko was out on the putting green, drilling on the fast greens with her caddie and Raflewski. Happy with her best start ever at the Women’s Open, there’s still more work ahead.