By Brian Wacker
CHARLOTTE, N.C. — Winning on the PGA Tour isn’t easy. Winning for the first time isn’t supposed to look like it is, either. Anxiety, nervousness, tension are usually among the trademarks associated with trying to achieve such breakthrough moments.

Then there was Max Homa on Sunday at the Wells Fargo Championship.

“You picture it a lot, you dream of it,” said the 28-year-old from Valencia, Calif. “Then you get in the moment and you’re not quite sure how you’re going to react to that.”

The answer: Like he’d been doing it for years.

After starting the day in a three-way tie atop the leaderboard with Joel Dahmen and Jason Dufner, Homa moved ahead with a birdie on the fifth hole, added another at the seventh and stretched his lead to four strokes following two more birdies to open the back nine.

Then, after play had been suspended for 62 minutes because of lightning in the area and a heavy downpour, he made another clutch putt, this time a nervy downhill six-footer to save par at No. 14.

“I knew in the back of my mind that I make that putt, I win this golf tournament,” said Homa, who made five birdies and just one bogey en route to a 67 and a three-shot victory over Dahmen at Quail Hollow. “I putted awesome this whole week, and I stood up on that putt and we had a great read, and it was great to see it go in because that’s kind of when I think I knew my golf game was good enough to do this.”

‘I used to say when I hit rock bottom I found a shovel and kept digging. I went to some low places.’

It wasn’t that long ago that Homa wasn’t so sure about that.

After a stellar amateur career that included winning the NCAA Championship in 2013 as a senior at Cal-Berkeley, where he beat Jon Rahm, among others, on his way to the individual title, and teaming with Justin Thomas in the Walker Cup later that year (leading the Americans to victory), the careers of Thomas and Rahm went one way, while Homa’s went the other.

Homa and Thomas each made their pro debut at the Safeway Open in the fall of 2013. Homa finished ninth, while Thomas tied for 72nd. After one year on the Web.com Tour together, they both made it to the PGA Tour the following season. But that’s where their paths diverged.

While Thomas and Rahm would become two of the game’s young superstars, Homa bounced back and forth between the two circuits, and in his second year on the PGA Tour he missed 15 cuts in 17 starts, cashing just two checks for a measly total of $18,000. 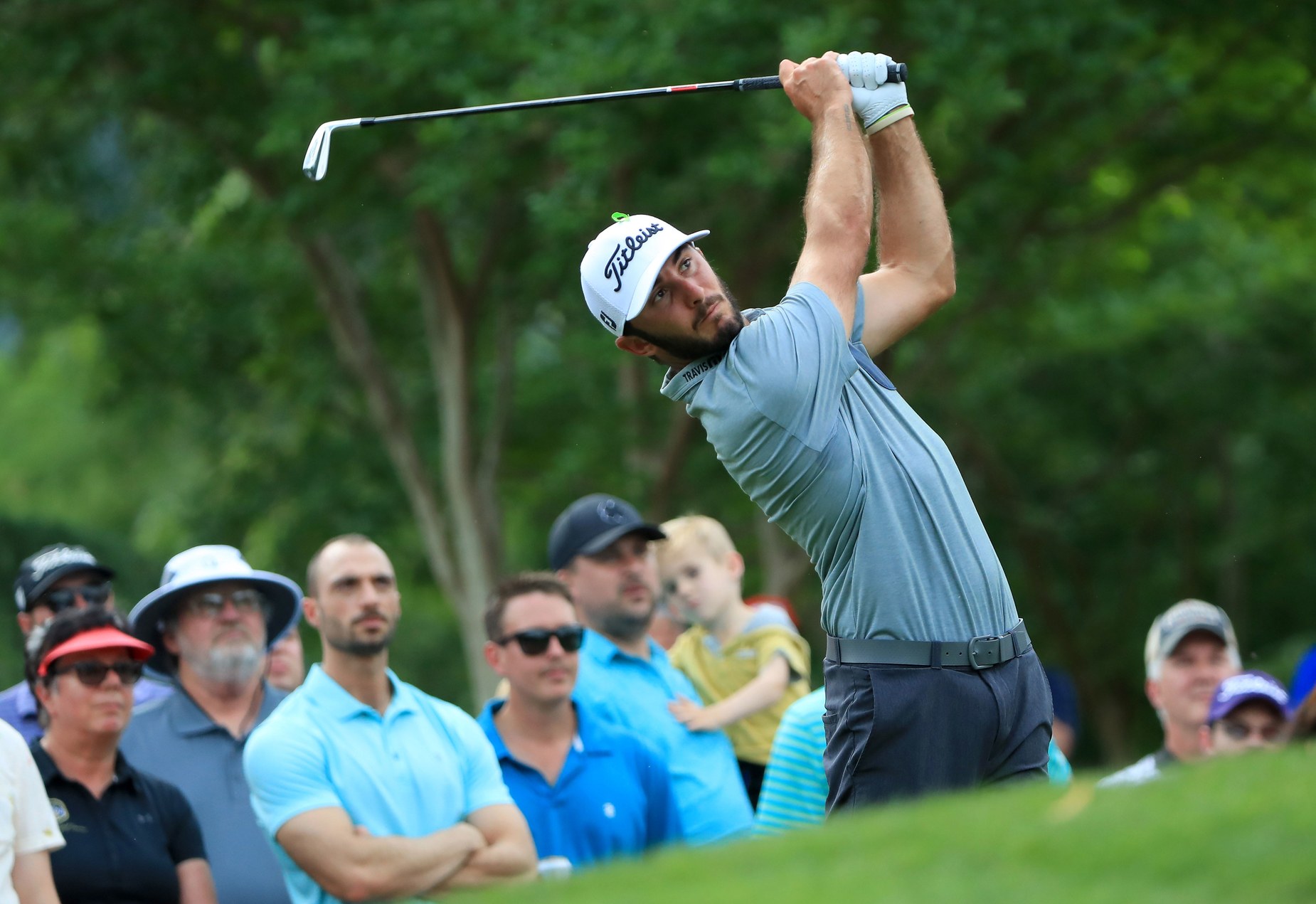 Sam Greenwood/Getty Images
Homa ran away from a packed leaderboard during Sunday’s final round at Quail Hollow.

“The feeling like I belonged was the worst part,” Homa reflected on Sunday. “Nobody knew who I was, no one cared.

“I felt like I shouldn’t be playing practice rounds with people. I felt like I was on an island and it was, you know, borderline embarrassing.”

Slowly, he worked his way back, returning to the swing coach he worked with while he was in college, Les Johnson, and focusing on his driving after ending the 2016-’17 nearly dead last in accuracy off the tee. The most embarrassing moment came at the Wyndham Championship when he missed the cut by 15 shots after hitting one tee shot after another off the planet.

“I used to say when I hit rock bottom I found a shovel and kept digging,” Homa said. “I went to some low places.”

This week at Quail Hollow, he climbed to his highest. How he did it was as impressive as the journey it took to get there.

All the way around the course on Saturday, Rory McIlroy was serenaded by fans singing “Happy Birthday” to him in honour of his 30th birthday. Homa stood there and took it all in on the first tee, feeling like the sideshow that he was to the two-time Wells Fargo champion and fan favourite. Just over eight months ago, Homa was ranked 1,282nd in the world. Coming into this week, he was still outside the top 400.

McIlroy clipped him by two strokes in the third round, but Homa held his own alongside the four-time major champion, shooting a respectable one-under 70 to take a share of the lead into the final round and a two-stroke advantage over McIlroy.

A day later, it was Homa, who has become something of a social-media sensation for his quick wit and self-deprecating humor on Twitter, who played like the main performer, while McIlroy reverted to a familiar final-round fade. McIlroy shot 73, while Homa put on a putting clinic, leading the field for the week in strokes gained/putting and on Sunday successfully negotiating a handful of lengthy lag putts as well as sinking five par putts from outside five feet.

“He said he felt calm out there,” McIlroy said. “So if you can get into that environment and play really good golf and feel that way, then that’s great for him going forward. I was very impressed with him [Saturday].”

Even as World No. 2 Justin Rose and Sergio Garcia inched closer to the top of the leader board on Sunday, Homa didn’t flinch.

The truth is, he’d been preparing for this his whole career.

Last August, Homa, who has the word “relentless” tattooed on his right arm, needed to birdie his final four holes in the second round of the Web.com Tour’s Portland Open just to make the cut. If he hadn’t, he would have failed to reach Web.com Finals and had to go to q-school to earn back simply his Web.com status.

That he delivered on the game’s biggest stage on Sunday shouldn’t come as a surprise either. It was a just another sign of where he’d been and where he’s going.