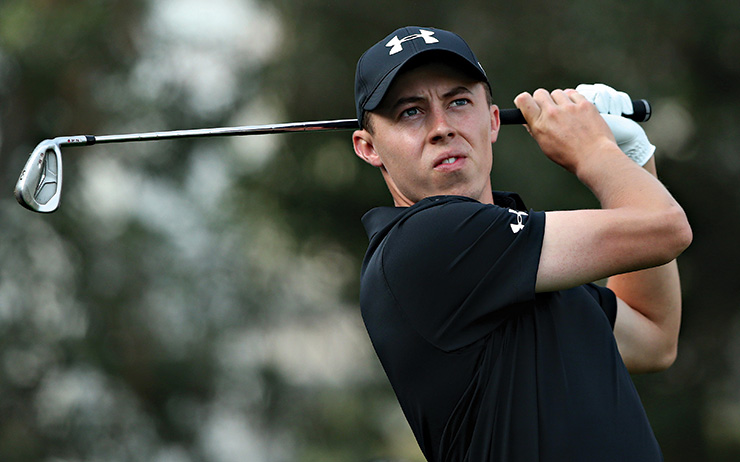 Matthew Fitzpatrick started off like a giddy teen when asked what it was like playing with Tiger Woods for the very first time Thursday.

“Amazing. Absolutely amazing,” said the European Tour’s reigning Tour Championship champion who masquerades as a teen but is actually 22.  “Playing with Tiger Woods is just a fantastic experience and one I’ll never forget.”

It really does sound amazing.  Go on then, we’re on the hook now.  Care to share any details of what was spoken?

“Just general golf chitchat.  Just talking like you would on the golf course. Nothing too exciting.”

The response was not unlike Fitzpatrick’s golf Thursday, an opening 69 that was more steady than spectacular to leave the Yorkshireman four shots adrift of Spanish pacesetter Sergio Garcia.

That’s meant as a complement (steady often wins the race) and for context remember Woods carded a 5-over 77 and the third member of their group, reigning U.S. Masters champion Danny Willett, a one-under 71.

“Good start, yeah. Pleased with that one. Hopefully three more of them,” he said.

“I drove it really well today. That was something that I’ve been working on the past few days. You’ve got to drive it well arund here and it was nice to do. “

Fitzpatrick is among the youngest of the young guns dominating world golf and already boasts a CV with three European Tour titles, the last of them at the DP World Tour Championship at Jumeirah Golf Estates in November. The desert golf pedigree will come in handy with the wind that whipped up Thursday afternoon expected to linger into Friday and maybe beyond.

“It certainly started to blow as we turned. The wind was sort of moving a bit all over, as well, so it was difficult to gauge where it was. To finish three under for the day, I think is half-decent. Good to get in.”