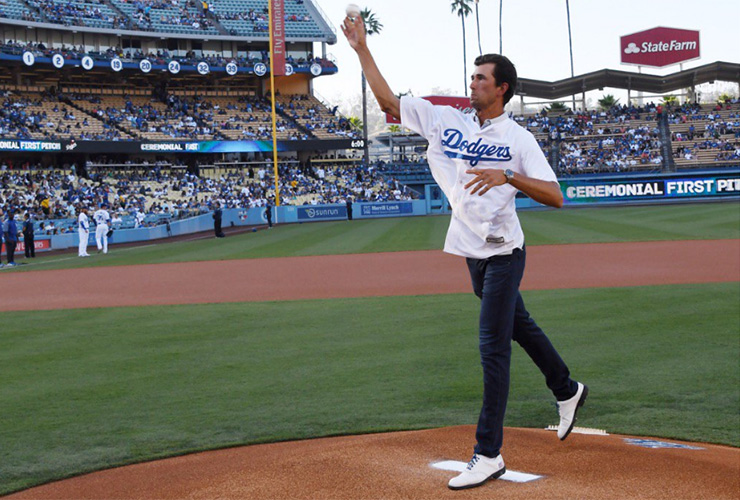 By Alex Myers
Masters hero Stewart Hagestad is still reaping the rewards from being the first Mid-Amateur to champ to make the cut at Augusta National in April. The 26-year-old USC product is having a homecoming of sorts for this week’s U.S. Amateur at Riviera Country Club, and on Saturday night, Hagestad had the honuor of throwing out the first pitch at the Los Angeles Dodgers game. The lanky right responded by throwing a strike — while wearing golf shoes:

And those aren’t your typical hybrid golf shoes that people wear around after leaving the course these days. Those are some pretty serious golf shoes. 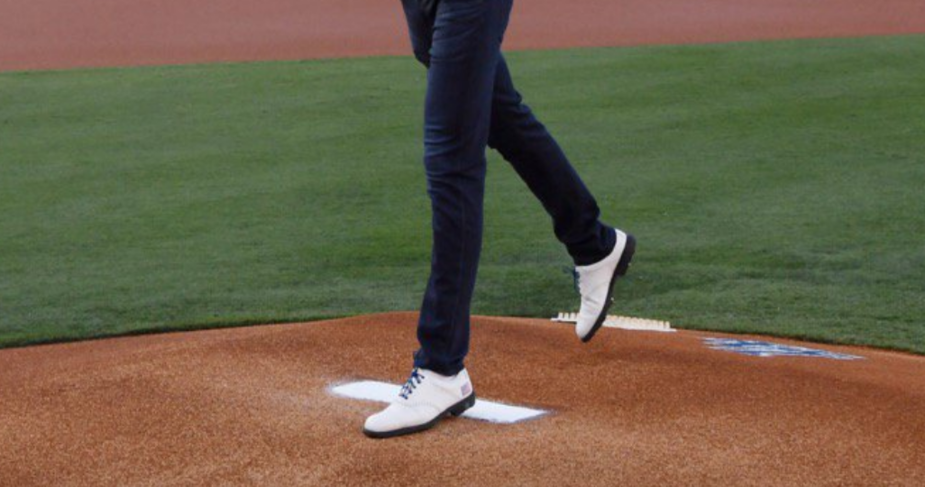 What can you say, the guy is really locked in on trying to become the first mid-am to win the U.S. Amateur in 24 years. And maybe Hagestad needs to break in a new pair of golf shoes. After all, he had his golf bag stolen out of his car last week.