Masters 2019: The innovative way golf fans will be able to finally watch every shot (Yep, EVERY shot) 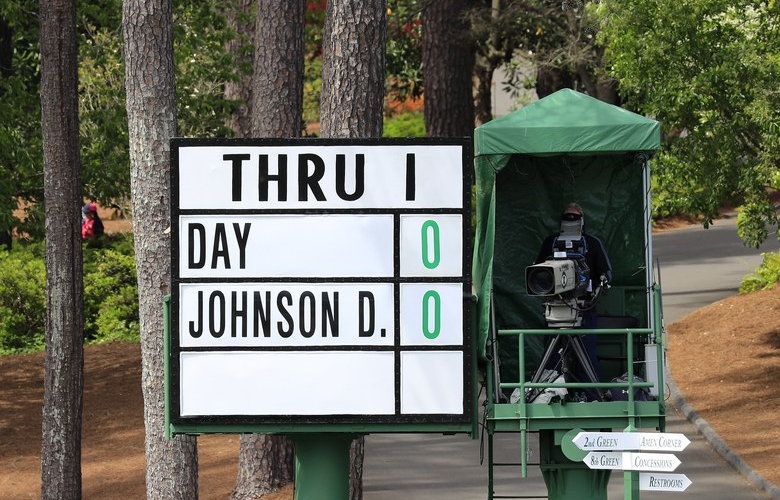 By Alex Myers
AUGUSTA, Ga. — The biggest negative about golf coverage is that there’s simply not enough of it. Unlike other sporting events in which every pitch, shot, or possession can be seen on TV, golf presents a unique challenge with all-day action and dozens of competitors spread out across hundreds of acres of playing surface.

“There’s miles and miles of cable, and trucks, and it’s a city that moves every time we move,” CBS’ Dottie Pepper told Golf Digest last year. “It’s not like you can just plug it in and press play.”

But at this year’s Masters, that’s exactly what golf fans will be able to do.

While this new feature won’t be available live or on TV, the hope is that each shot will be viewable within five minutes of being hit. In other words, you should be able to see Rory McIlroy’s tee shot on No. 8 before he hits his second. Augusta National chairman Fred Ridley made the announcement during his pre-tournament press conference on Wednesday.

“The reason we’re going it is because we have always subscribed to the notion that we want to provide content to our fans in the way they want to receive it,” Ridley said of this ambitious endeavour. “You know, the world is migrating more and more towards digital technology. It was something that we thought, and that we were hearing, that our fans wanted, and with a lot of great work of our digital technology committee and our staff, we were able to develop this.”

As in recent years, the Masters website and app will still track every player’s shot, but now, instead of just seeing where a player is on the course (those results usually take about 30 seconds to register on the site and app), you can see how he actually got there. By bringing up a player’s scorecard, you will still be able to see more produced highlights of certain holes, but raw video of all the shots will be stitched together and available for every hole.

“It’s been two or three years in developing,” Ridley continued. “We had it in a beta test mode previously, but now I feel like we can actually execute on this.”

Tracking technology has become an important part of modern sports coverage. Starting next season in the NHL, all players and pucks will have sensors. Those player sensors, by the way, will be sewn into jerseys, not implanted into their brains. Sports hasn’t become a full-on science-fiction movie yet, but we’re getting close with another fun new feature being unveiled at this year’s Masters.

IBM’s “Round in Three Minutes” will provide a condensed version of a golfer’s round at Augusta National, but with a key twist: AI will help determine those highlights. IBM’s Watson has been programmed to detect celebrations and crowd noise to determine the most important and exciting shots from a player’s round. Sounds great, although we wish the machine luck distinguishing between lackluster Dustin Johnson fist pumps.

But while the “Round in Three Minutes” is cool, fans will surely be focused on the Masters every shot feature. During a tournament that draws cries for more TV coverage, you literally can’t get anymore coverage now—if you follow the action online.

“I think quantity is important, but that is not what is going to drive our decisions,” Ridley said. “We’re not going to sacrifice quality, but we thought this was a great supplement to our traditional means of providing coverage.”